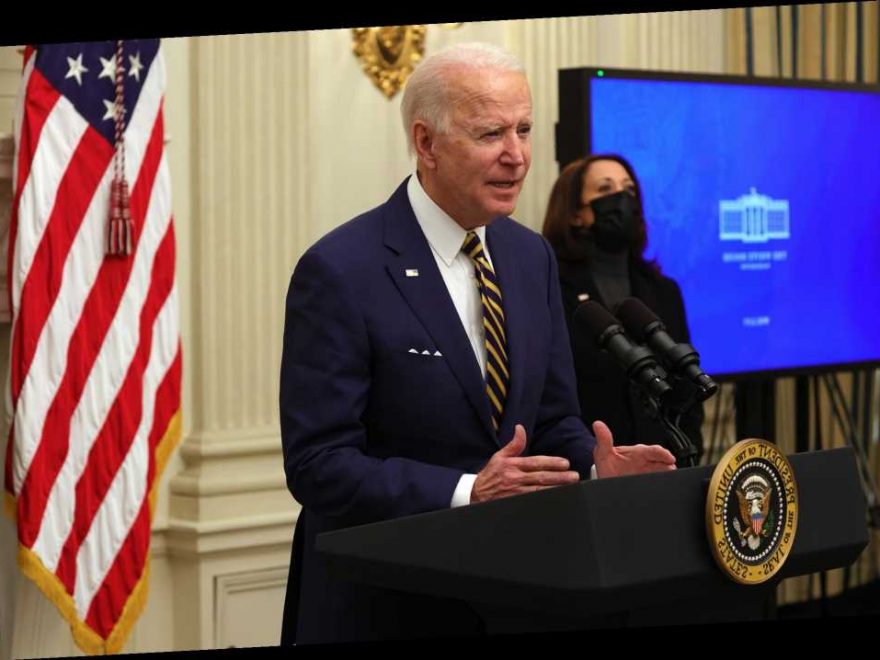 Great-grandmother who contracted COVID-19 after getting vaccine dies

Google to use some offices as COVID-19 vaccination sites

WASHINGTON — White House Press Secretary Jen Psaki on Monday admitted that the Biden administration does not know how many COVID-19 vaccinations the US has in reserve.

Psaki made the startling revelation during a briefing with reporters at the White House, where she was repeatedly pressed on the nation’s lagging coronavirus vaccine rollout.

“Is there at least a ballpark amount that officials are aware of how much vaccine there is?” one reporter asked.

“We’ve been here for five days to evaluate the supply so that we can release the maximum amount while also ensuring that everyone can get the second dose on the FDA recommended schedule,” Psaki said of what President Biden had said would be his top priority, before she then tried to lay the blame on the Trump administration.

“So the confusion around this issue, which we acknowledge, there is some confusion, is speaks to a larger problem, which is what we’re inheriting from the prior administration, which is much worse than we could have imagined.”

On Sunday, the new director of the CDC admitted that the agency was unclear on how many doses the United States had in reserve and also revealed that they didn’t have enough to send the hard-hit Empire State “as we would like.”

On Monday, Biden’s chief spokeswoman said vaguely that the administration was planning to give the states “more of a heads up on what to expect in the weeks ahead.”

“I think what we’re trying to do now is fully assess what we have access to what the status of the vaccine supply looks like, and ensure that we’re communicating that accurately and effectively public,” Psaki said.

The new commander in chief has faced growing criticism for his vaccination targets, which were already being met by the Trump administration causing critics to say Biden is aiming too low

Gov. Andrew Cuomo on Friday called on Biden “to do whatever he can to increase the supply” and said the state’s reserves had already run dry.