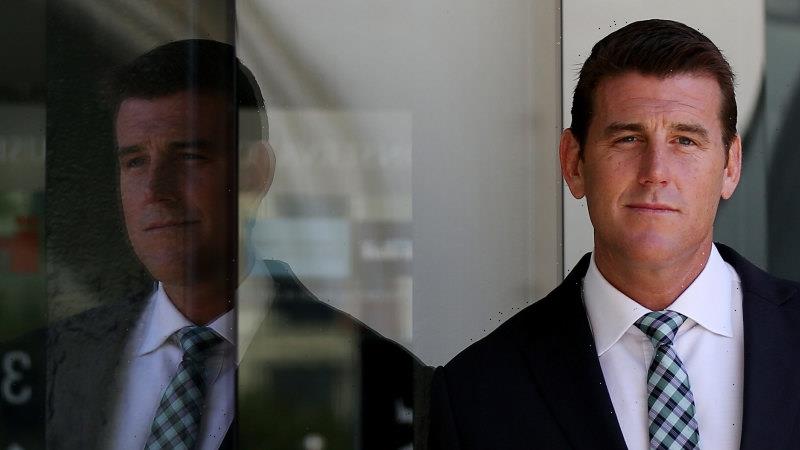 Former special forces soldier Ben Roberts-Smith has filed Federal Court proceedings against his ex wife just days before his high-stakes defamation case against the The Age and The Sydney Morning Herald is due to start.

His estranged ex wife, Emma Roberts, is expected to give evidence for the newspapers in that case. 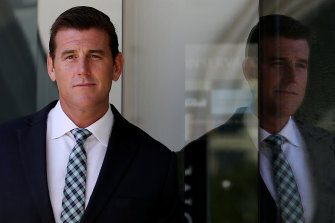 Mr Roberts-Smith, a Victoria Cross recipient, launched the defamation lawsuit over reports that he says accused him of murder during his 2009 to 2012 tour of Afghanistan. He is also suing the parties, who include The Canberra Times, now under separate ownership, and three journalists, over an allegation of committing an act of domestic violence against a woman with whom he was having an extramarital affair.

Mr Roberts-Smith denies all wrongdoing. The trial, estimated to run for up to 10 weeks, is due to begin in the Federal Court in Sydney on Monday.

Ms Roberts was initially expected to be a witness for her ex husband, saying the couple were separated when Mr Roberts-Smith started a new relationship and that it was not an affair. However, Ms Roberts now says that is false and she was being pressured by Mr Roberts-Smith to lie.

At a pre-trial hearing in April, the former soldier’s barrister, Bruce McClintock, SC, said that if Ms Roberts gave evidence he would have to cross-examine her in court, and suggested the media outlets should “re-think what they’re doing” because “sometimes you can pay too high a price” by involving family members in proceedings.

Nicholas Owens, SC, acting for the media outlets, said this was an “egregious submission”.

Now the Federal Court has listed a new case launched by Mr Roberts-Smith against his former wife with a “return of subpoena” to be heard at 2.15pm on Friday before Justice Robert Bromwich.

The nature of the dispute between the two is not yet clear. However, Mr Owens told the court in April that Mr Roberts-Smith had warned Ms Roberts in a letter that month that if she spoke to lawyers for the news outlets about potential evidence, he would seek an injunction, attempt to sue her and take steps to undo a property settlement between them.

Mr McClintock said the letter was not a threat. He said a confidentiality agreement had been struck between two legally-represented parties this year and “we do not waive” it.

At a pre-trial hearing on Wednesday, the court heard that the publications’ legal representatives had still not been granted access to material contained on USB sticks that were relevant to the trial, including photographs of soldiers drinking from a prosthetic leg that belonged to a man alleged to have been unlawfully killed.

A previous hearing heard Mr Roberts-Smith had condensed the material onto one USB and transferred it to his laptop, which he subsequently wiped. Barrister Matthew Richardson, who is also acting for Mr Roberts-Smith, alleged the publications had access to those documents anyway because the USBs had been provided to them by Mr Roberts-Smith’s ex-wife.

But Lyndelle Barnett, acting for the media outlets, said that only one of her clients had possession of the material and he was prevented from giving it to his lawyers under National Security Information legislation.

“We don’t have the material on the USBs and … my client did not receive them from the applicant’s ex-wife,” Ms Barnett said.

In a judgment published on Wednesday, Justice Anthony Besanko allowed the media outlets to seek documents from a psychiatrist and a clinical psychologist who hold files relating to the former soldier, including marriage counselling records. But Justice Besanko set aside a subpoena addressed to an ex-army doctor and friend of Mr Roberts-Smith, on the basis that it was “too wide”.

Mr Roberts-Smith is claiming damages and aggravated damages from the media outlets, and says his mental health has suffered as a result of the articles, published in June and August 2018.

Justice Besanko said that according to the written evidence of Ms Roberts, Mr Roberts-Smith became “extremely paranoid and obsessive” from mid-2017 “when journalists started contacting him about allegations of war crimes”.

An inquiry into the conduct of Australian soldiers in Afghanistan by the Inspector-General of the Australian Defence Force started in October 2013. The court heard Mr Roberts-Smith first consulted the psychiatrist in December 2017.

In a separate judgment released on Thursday, Justice Wendy Abraham gave reasons for her decision that a soldier who is to appear for Mr Roberts-Smith in the defamation case, known as Person 35, must hand over documents related to his own involvement in the military inquiry that investigated alleged war crimes in Afghanistan.

“I do not agree with Person 35’s characterisation of the document as ‘innocuous’,” Justice Abraham said.