Lawyers acting for media outlets in a defamation suit brought against them by Ben Roberts-Smith have written to the legal team for the former special forces soldier seeking an “explanation” relating to the alleged concealment by him of apparently relevant documents, the Federal Court has been told. 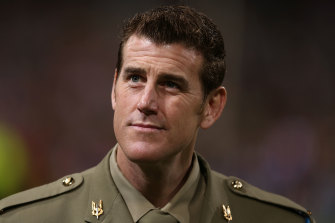 Former soldier Ben Roberts-Smith is suing the Herald and The Age for defamation.Credit:Getty

Barrister Nicholas Owens, SC, acting for The Sydney Morning Herald and The Age, told a pre-trial hearing in the Federal Court on Wednesday that the mastheads’ lawyers were seeking to remedy alleged deficiencies in material provided by Mr Roberts-Smith during the discovery process. Discovery involves parties in litigation disclosing relevant documents to the other side before a trial.

Mr Owens said the lawyers had written to Mr Roberts-Smith’s representatives seeking an “explanation” in relation to the alleged “deliberate concealment” of apparently relevant documents.

Mr Roberts-Smith is suing the Herald and The Age, owned by Nine Entertainment Co, over a series of stories published in 2018, which he says are defamatory because they portray him as a war criminal.

A trial, expected to take six to eight weeks, will begin in Sydney on June 7.

A joint investigation by The Age, the Herald and 60 Minutes, aired on Nine on Sunday, alleged Mr Roberts-Smith dug a hole in the backyard of his Queensland house and buried USB drives inside a lunchbox to hide them from both police and military investigations.

There had been a “concerted effort” by the Herald and The Age to publish material prejudicial to Mr Roberts-Smith in the lead-up to the trial, Mr Moses said.

“That is an abuse. If they want to run the case, they should do it properly,” he said.

The parties also argued over the orders that should be made to enable four Afghan nationals to give evidence in the trial via audiovisual link from Kabul.

Mr Roberts-Smith’s legal team has asked for a legal representative from his camp to be present in the room at the time, along with a lawyer for Nine. The media company opposes that course.