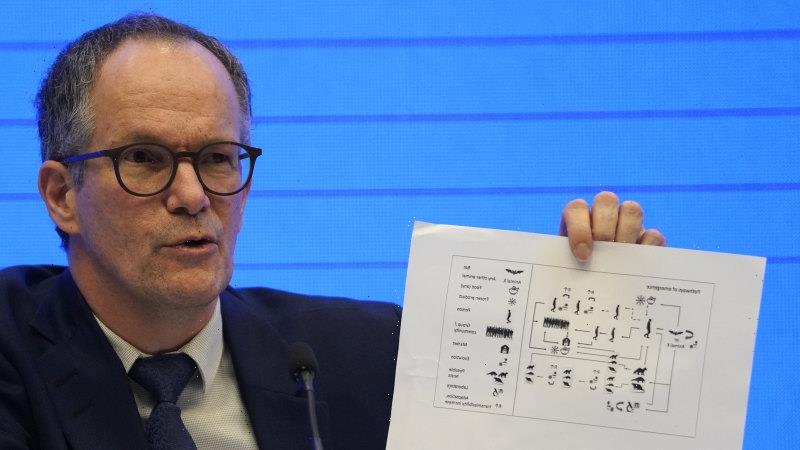 The World Health Organisation expert who led a controversial joint probe into the origins of the coronavirus pandemic says in a documentary airing Thursday night on Danish television that Chinese colleagues influenced the presentation of their findings.

Speaking to Danish documentarians, Peter Ben Embarek said Chinese researchers on the team had pushed back against linking the origins of the pandemic to a research laboratory in Wuhan in a report about the investigation. 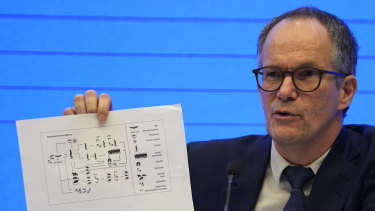 “In the beginning, they didn’t want anything about the lab [in the report], because it was impossible, so there was no need to waste time on that,” Ben Embarek said during the interview. “We insisted on including it, because it was part of the whole issue about where the virus originated.”

In its report released earlier this year, the WHO-China team said it was “very unlikely” that the virus, officially named SARS-CoV-2, could have accidentally leaked from the Wuhan Institute of Virology or another facility in the Chinese city where infections were first found. The joint team of researchers said it would not recommend further investigation into the issue.

A discussion of whether to include the lab-leak theory at all lasted until 48 hours before the conclusion of the mission, Ben Embarek told the Danish reporters. In the end, Ben Embarek’s Chinese counterpart eventually agreed to discuss the lab-leak theory in the report “on the condition we didn’t recommend any specific studies to further that hypothesis”.

Asked in the documentary whether the report’s “extremely unlikely” wording about the lab-leak theory was a Chinese requirement, Ben Embarek said “it was the category we chose to put it in at the end, yes.” But he added that this meant it was not impossible, just not likely.

Ben Embarek said one similar scenario, in which a lab employee inadvertently could have brought the virus to Wuhan after collecting samples in the field, could be considered both a lab-leak theory and a hypothesis of direct infection from a bat, which was described as “likely” in the report.

“A lab employee infected in the field while collecting samples in a bat cave – such a scenario belongs both as a lab-leak hypothesis and as our first hypothesis of direct infection from bat to human. We’ve seen that hypothesis as a likely hypothesis,” Ben Embarek said.

In further comments during the interview that were not included in the documentary but were incorporated in an account by the Danish channel TV2 on its website, Ben Embarek suggested that there could have been “human error” but that the Chinese political system does not allow authorities to admit that.

“It probably means there’s a human error behind such an event, and they’re not very happy to admit that,” Ben Embarek was quoted as saying. “The whole system focuses a lot on being infallible, and everything must be perfect,” he added. “Somebody could also wish to hide something. Who knows?” 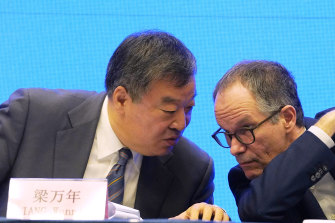 Asked for comment, Ben Embarek initially said the interview had been mistranslated in English-language media coverage. “It is a wrong translation from a Danish article,” he wrote, declining to comment further and referring The Washington Post to the WHO. He did not immediately respond to follow-up questions.

WHO spokesman Tarik Jasarevic also said that the comment was mistranslated and that the interview took place “months ago”.

“There are no new elements nor [a] change of the position [that] all hypothesis are on the table and WHO works with member states on the next step,” Jasarevic said, referring to comments by senior officials with the global health organisation about the probe.

The documentary, titled The Virus Mystery, is scheduled to air on TV2 on Thursday evening.

Ben Embarek had cooperated with the documentary filmmakers, even going so far as to film his trip to China for them on his phone to provide an inside look at a closed-off trip.

Ben Embarek led a team of international scientists on a mission to China in January to work with local officials to investigate the origins of a pandemic that has so far led to more than 200 million confirmed cases and at least 4.3 million deaths worldwide.

From the start, the trip was mired in controversy. Beijing delayed approval for the WHO trip, pushing back the researchers’ arrival, while some of the international experts on the team were criticised for prior links to Chinese research.

Even once it arrived, the WHO team, subject to strict quarantine procedures, had only two weeks in the field to conduct research.

After the team’s report was released in late March, it grew only more disputed. The team looked at four different scenarios for how the virus first spread to humans, labelling the idea of zoonotic spread from animals to humans as “most likely.”

Other, less likely scenarios included that the virus could have been imported to China on frozen food – a theory pushed repeatedly by Chinese officials but seen as unlikely by many international experts.

The “lab-leak” theory, the subject of intense speculation in the United States, was dubbed the least likely scenario, and the WHO team said it should no longer be investigated. Even sceptics of the theory found the dismissal a surprise.

At a news conference marking the release of the report, WHO Director General Tedros Adhanom Ghebreyesus said the scenario still needed closer study.

“Although the team has concluded that a laboratory leak is the least likely hypothesis, this requires further investigation, potentially with additional missions involving specialist experts, which I am ready to deploy,” Tedros said.

Ben Embarek and other researchers on the team have hinted at immense pressure during the trip from all sides, with as many as 60 Chinese colleagues working with not only scientists but also public health figures.

“The politics was always in the room with us on the other side of the table,” he told Science Magazine during an interview published in February.

Later this month, the US intelligence community is expected to complete a 90-day review of the evidence about the origins of the coronavirus.

Tedros has also said that the WHO will continue its own research into the origins, although Chinese officials said last month that it would be “impossible” to accept a continuing China-focused probe.