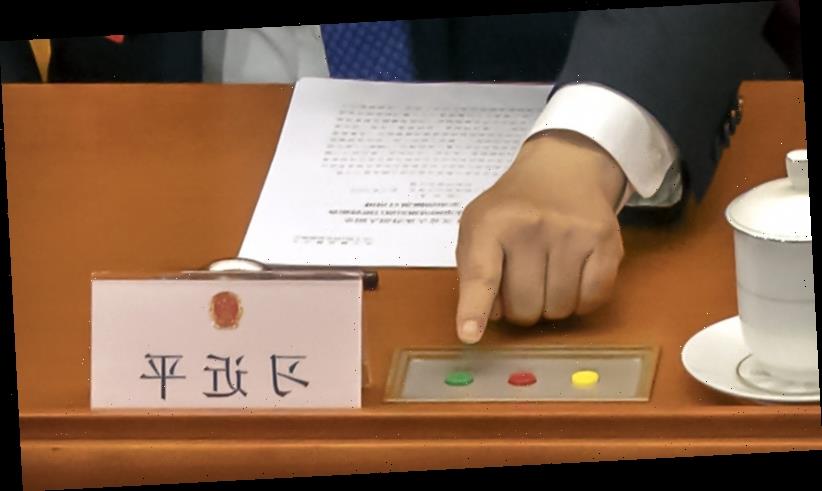 The measures approved on Tuesday are part of Beijing’s efforts to consolidate its increasingly authoritarian grip over the global financial hub following the imposition of a national security law in June, which critics see as a tool to crush dissent. 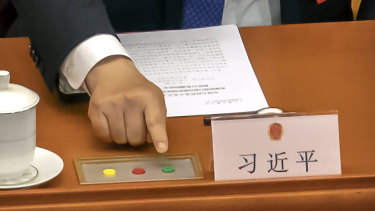 The confirmation comes from a senior politician who works with China’s congress on matters relating to the former British colony’s mini-constitution.

Maria Tam said Hong Kong’s election committee, in charge of selecting the city’s chief executive, will pick 40 representatives of the city’s legislature as part of the reforms approved by the National People’s Congress Standing Committee.

The number of directly elected representatives to the city’s legislature will fall to 20 from 35 as part of the reforms, Tam added. The size of the legislature will increase to 90 from 70 currently. 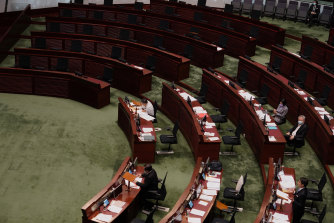 Empty seats of pro-democracy legislators, top, are seen at the Legislative Chamber in Hong Kong after they resigned en masse last year.Credit:AP

Beijing will also increase the size of the electoral committee from 1200 to 1500, as part of the restructuring.

Chinese authorities have said the shake-up is aimed at getting rid of “loopholes and deficiencies” that threatened national security during anti-government unrest in 2019 and to ensure only “patriots” run the city.

The measures are the most significant overhaul of Hong Kong’s political structure since it returned to Chinese rule in 1997 and alter the size and composition of the legislature and electoral committee in favour of pro-Beijing figures.