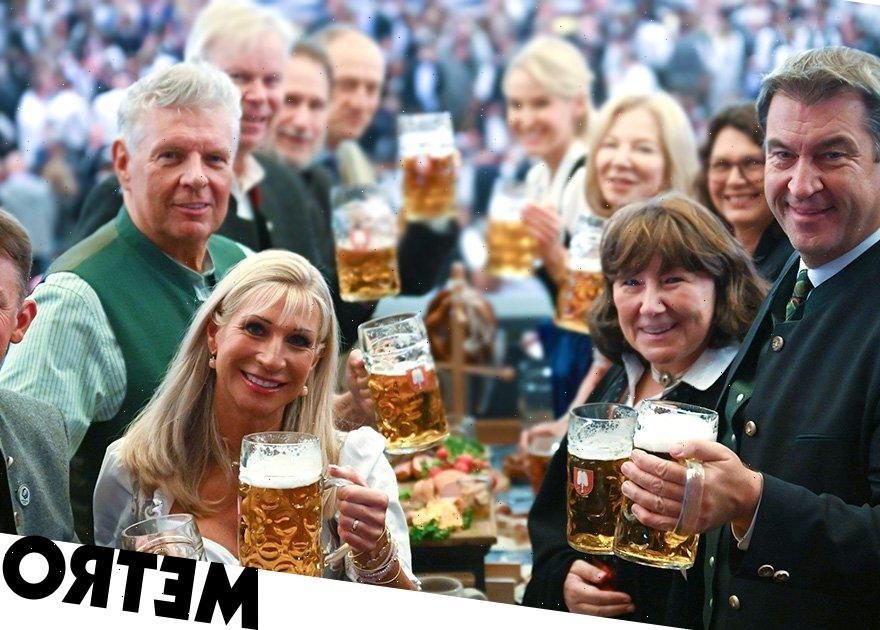 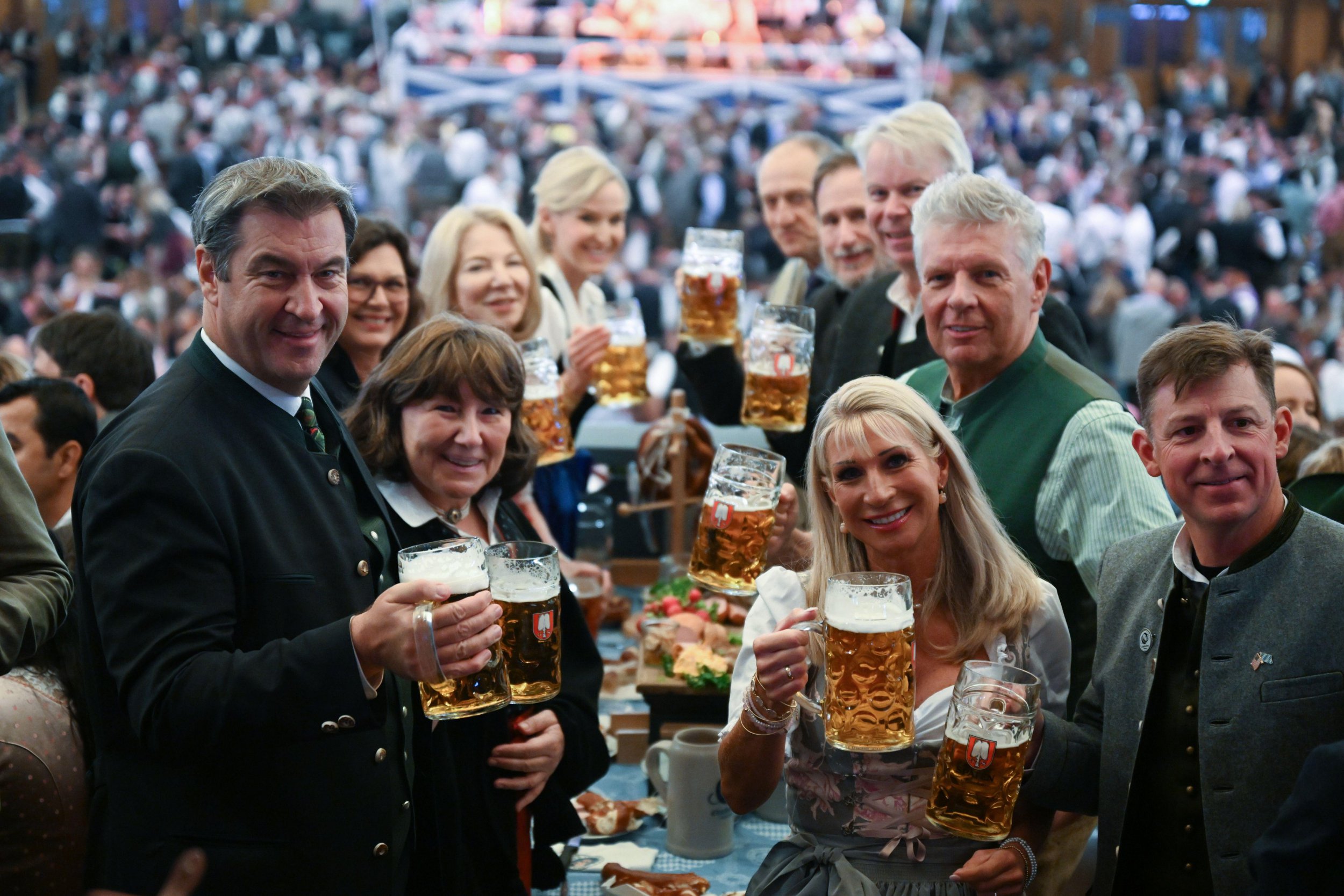 People are once again drinking from steins en masse in Munich, where Oktoberfest has returned after a two-year hiatus.

But prices at the beer festival have gone up by around 15% from 2019 – the last time the event was held before the Covid crisis cancelled it.

Mayor Dieter Reiter opened the event at midday local time with three knocks of a hammer and the traditional cry of ‘O’zapft is’ – ‘It’s tapped’ after inserting the tap in the first keg.

This year’s Oktoberfest, the 187th edition of the event, runs until October 3.

But in 2020 and 2021, local authorities called it off amid coronavirus fears and regulations.

Those concerns were put aside in April, when the city announced that festivities would go ahead.

Mr Reiter said today that had been ‘a good decision’.

‘I’m glad that we can finally celebrate together,’ Bavarian governor Markus Soeder added at the opening ceremony.

‘There are many who say: “Can we, can we not? Is it appropriate now?”

‘I just want to say one thing: We have two or three difficult years behind us, no-one knows exactly what this winter will be like, and we need joie de vivre and strength.’ 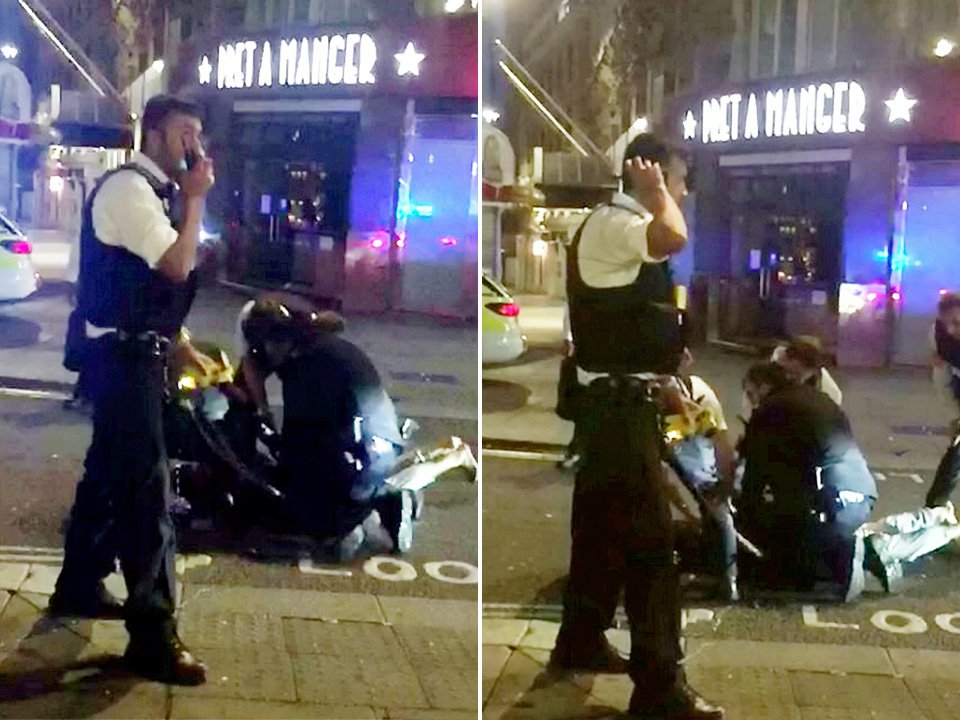 Though German inflation is significantly lower than the UK’s, prices have still risen dramatically.

Mr Soeder admitted to the Muenchner Merkur newspaper that the number of Covid-19 infections would probably rise following Oktoberfest, but ‘at the same time, thankfully, we aren’t measuring an undue strain on hospitals anywhere’.

‘That speaks for us being in new phase of corona,’ he said, adding that authorities would try to protect vulnerable people, but not prevent celebrations.