A BBC WEATHER map has left users on social media in hysterics, as rain clouds over Essex seemed to form a VERY rude shape.

With heavy showers forecasted across the county, BBC Essex tweeted a satellite map showing a thick band of rain overhead – but the shape seemed to catch people's attention. 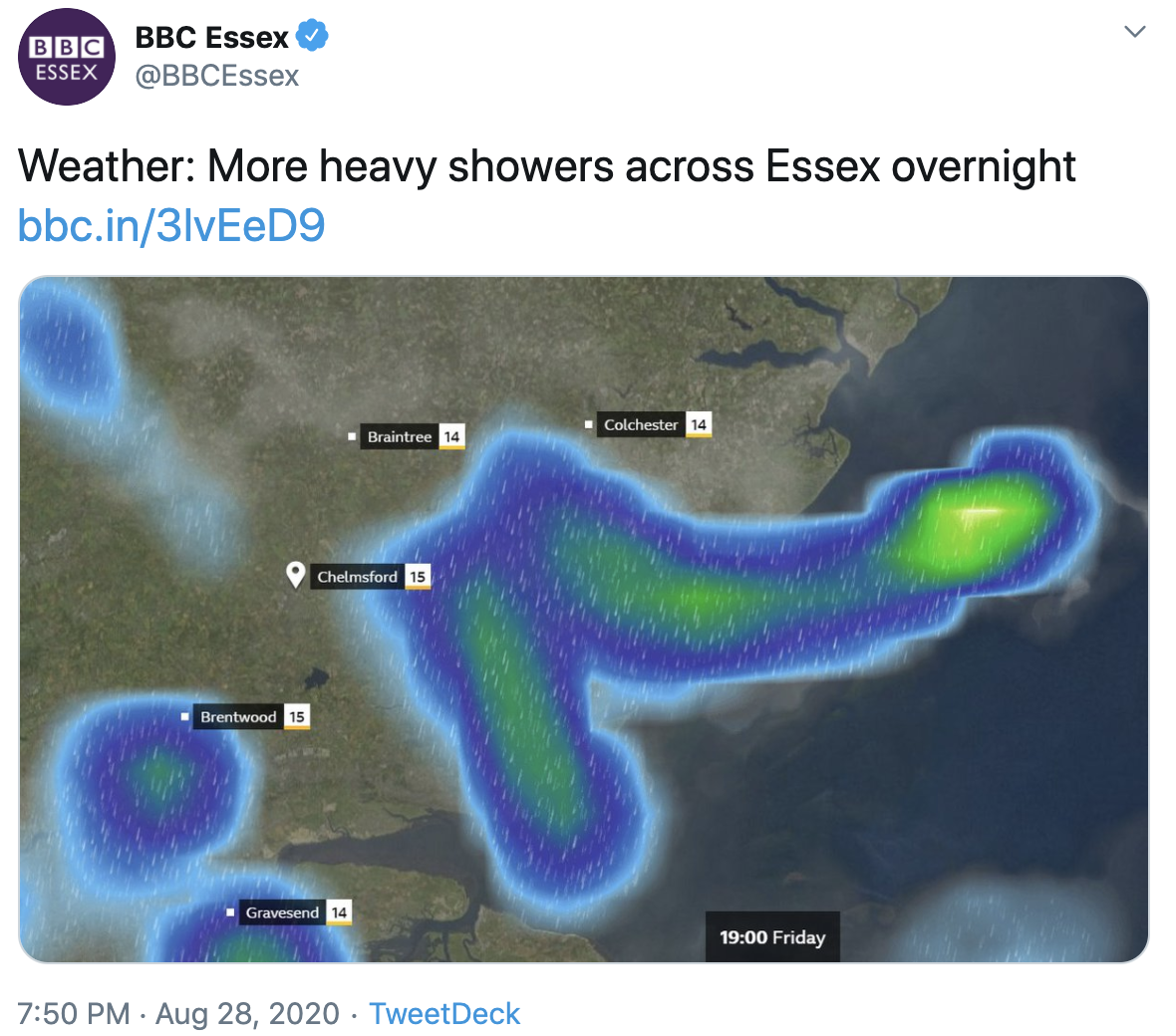 Resembling an intimate part of the male anatomy, Twitter users were in hysterics as the media outlet shared the cheeky weather map.

In replies to the map, one user wrote: "I've never been aroused by rain up until now."

Another user acknowledged their dirty-mindedness, saying "Yes, I am this immature."

A third said: "I hope it doesn't cause too much of a coastal swell."

Another person joined in the fun, saying: "Now that's the kind of storm I'd ride."

One Twitter user really went to town: "Looks like Essex is in for a long night, hopefully the showers won't make too hard to get up in the morning. 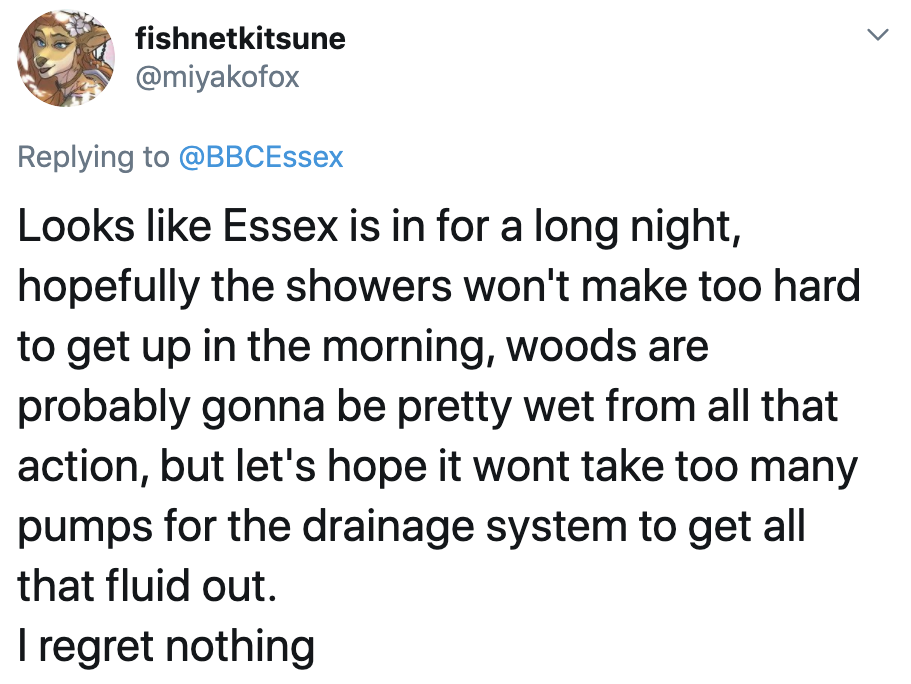 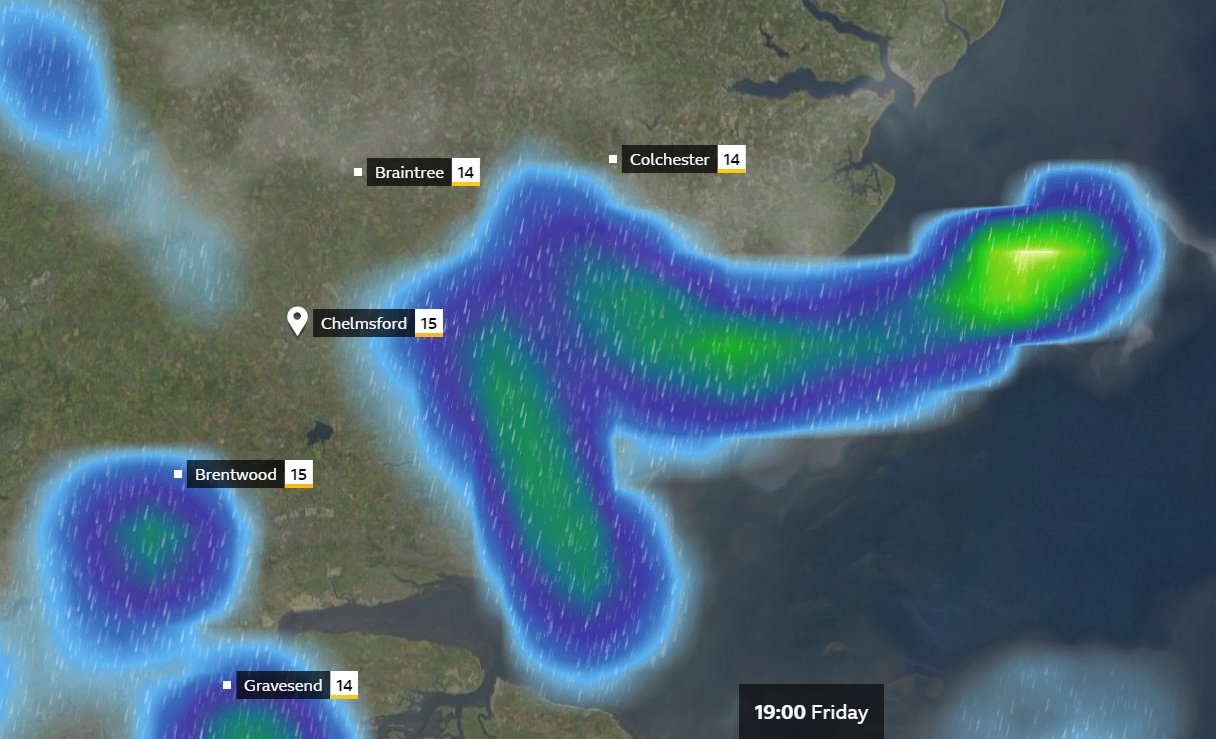 "Woods are probably gonna be pretty wet from all that action.

"But let's hope it wont take too many pumps for the drainage system to get all that fluid out."

Another user added: "Essex is seriously getting it tonight."

Despite the rain map causing quite the social media storm, the outlet is yet to comment on the coincidental shape.

BBC Weather says Essex can look forward to a mostly cloudy night, with further showery outbreaks of rain, which could turn heavy in local spots.

It will turn blustery too with a fresh to strong northerly wind.

This is not the first time viewers have had a chuckle at weather maps with innapropriate shapes.

Earlier this year, BBC Breakfast views were in hysterics after noticing that Storm Dennis left a rude-shaped weather warning over Wales. 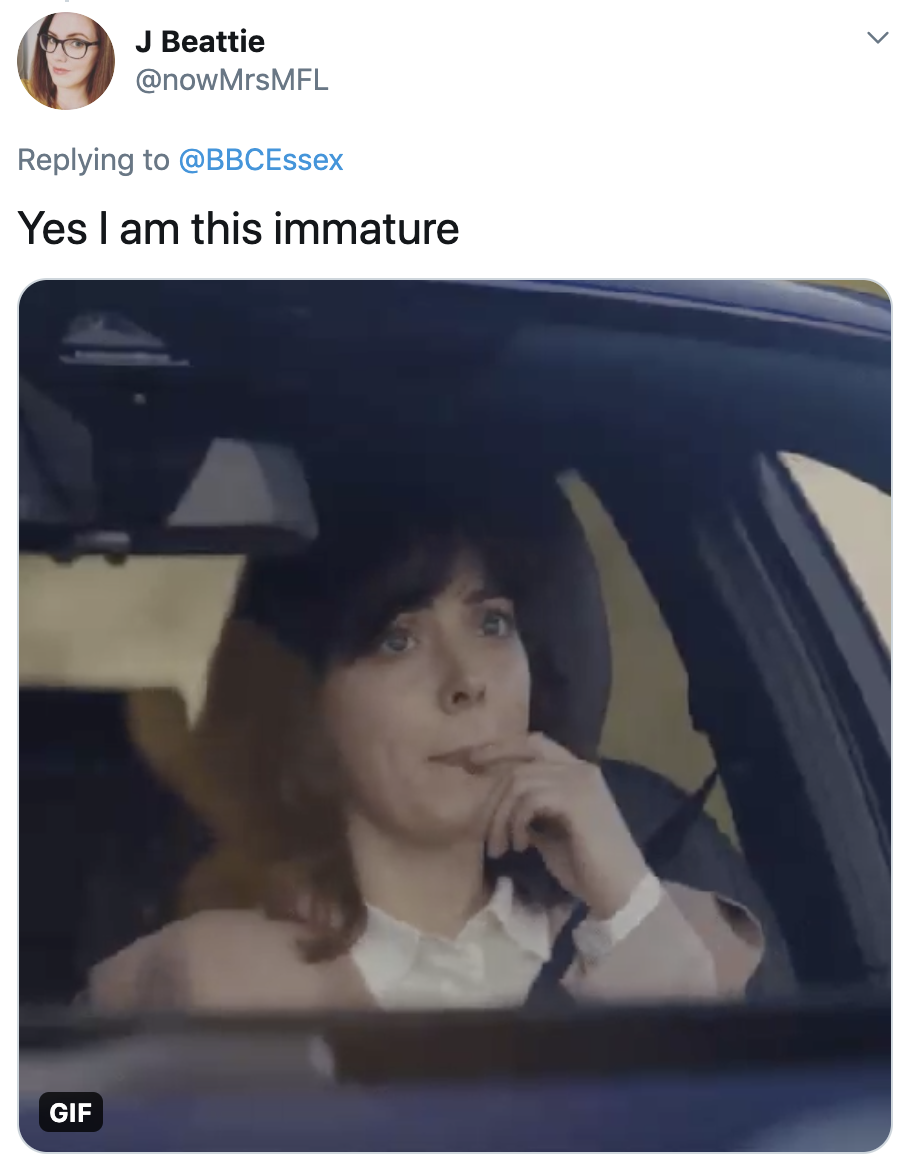