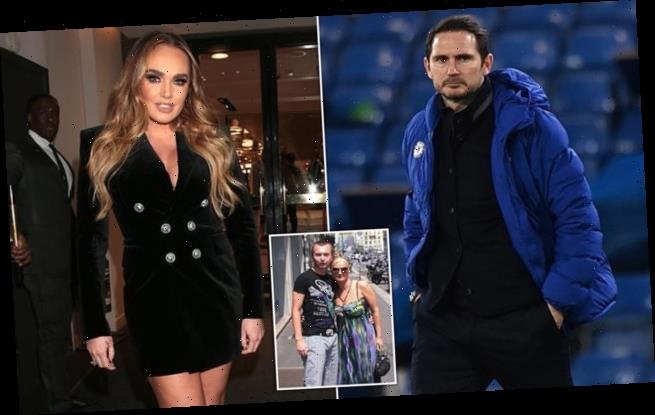 A Romanian barman who was cleared of involvement in the £25million burglary at Tamara Ecclestone’s mansion will walk free today – despite being caught with her Louis Vuitton handbag and Frank Lampard’s Tag Heuer smart watch.

Emile-Bogdan Savastru, 30, was cleared of involvement in the celebrity burglary plot but convicted of attempting to conceal criminal property after he was arrested at Heathrow with the stolen items.

He was jailed for six months but will be released immediately because he has been kept in custody since January 30 last year.

Late Leicester City owner Vichai Srivaddhanaprabha’s Knightsbridge home was also targeted in a £1million break-in by the same gang, and £60,000 in jewellery was grabbed from Mr Lampard’s Chelsea residence in another raid.

Earlier this week, following a five week trial, the jury cleared Mester, Savastru, Marcovici and Stan of conspiracy to burgle.

Judge Martin Edmunds, QC, told Savastru: ‘It is clear that you ingratiated yourself with these men assuming it would be to your or your mother’s benefit and expecting reward and aware of the resources available to them.

‘In your evidence you said you were suspicious when you first found the watch because it was in a Rolex box and there would be no reality in ignoring the other evidence you yourself gave of finding jewels, albeit you say not genuine ones, in the lining of the bag. 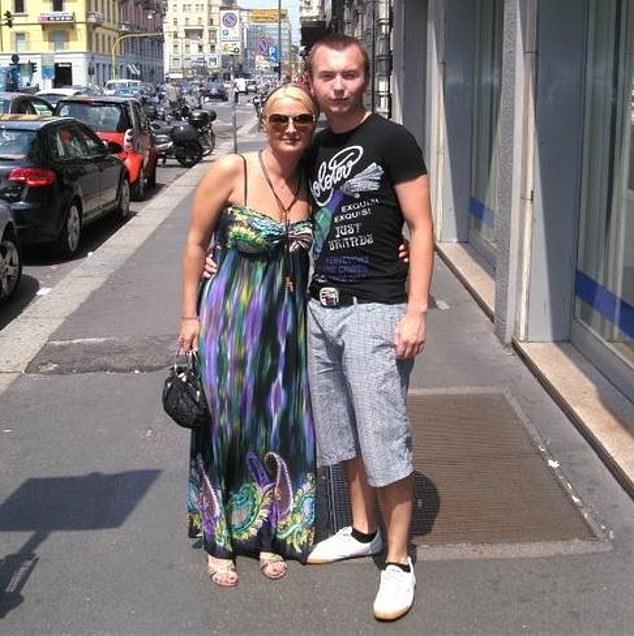 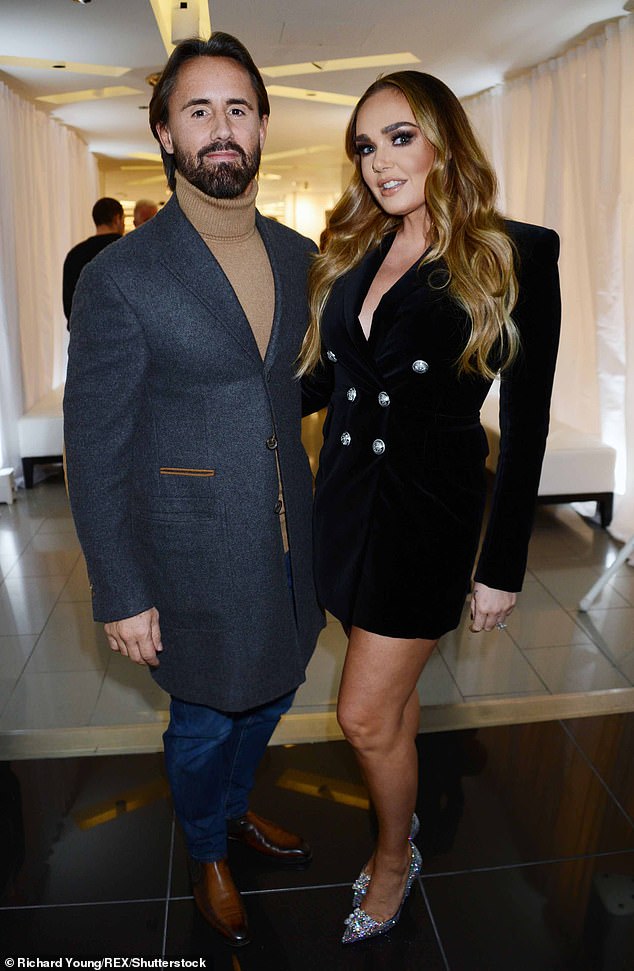 The £25million Tamara Ecclestone burglary trial nearly collapsed after allegations of racism and bullying boiled over in the jury room, it can be revealed. Pictured, Formula One heiress Ms Ecclestone with her husband Jay Rutland at a Harvey Nichols party in London in 2019

‘The property in this charge was a stolen Louis Vuitton bag, some 9 years old, and a stolen Tag Heuer watch with an original retail price in the region of £1,500 and they came from two of the burglaries to which I have referred. The total value at new retail prices would be some £2,500.

‘There is no glamour in these burglaries however well known or wealthy the home owners may be.

‘The invasion of a person’s home, the place where they have a right to feel safe and secure, is a grave crime.

‘Whatever the financial value, the hurt that follows from the loss of items of sentimental value, collected over the years and marking special moments in life, will be recognised by us all.

‘The burglary of Mr Srivaddhanaprabha’s home followed his untimely death. His family had maintained it untouched, and so its desecration can only have added to their grief.

‘With these burglaries the crimes were compounded by the damage done during ransacking.’

Savastru was convicted of attempting to remove criminal property and sentenced to six months imprisonment.

Today it can be revealed that the Ecclestone burglary trial nearly collapsed after allegations of racism and bullying boiled over in the jury room.

One woman juror claimed she was being targeted by other panel members who called her ‘a b****.’

But the other jurors told Judge Edmunds that she had blared music through her headphones in the jury room and stormed out to chat on her phone instead of joining in the discussions.

Even the judge was concerned about the amount of time she spent on her phone when he saw her outside the court as he came on to the bench.

One juror sent a note to Judge Edmunds last month when the bust-up flared in the closing stages of the trial of the four Romanians accused of helping the burglary team.

The note said: ‘I’m afraid I must report an incident which has happened in the jury retirement room.

‘One juror, out of the blue, launched into a verbal assault at two others, proceeding to take aim at the wider group. She sadly claims she’s being bullied and excluded, apparently they are talking about her behind her back. 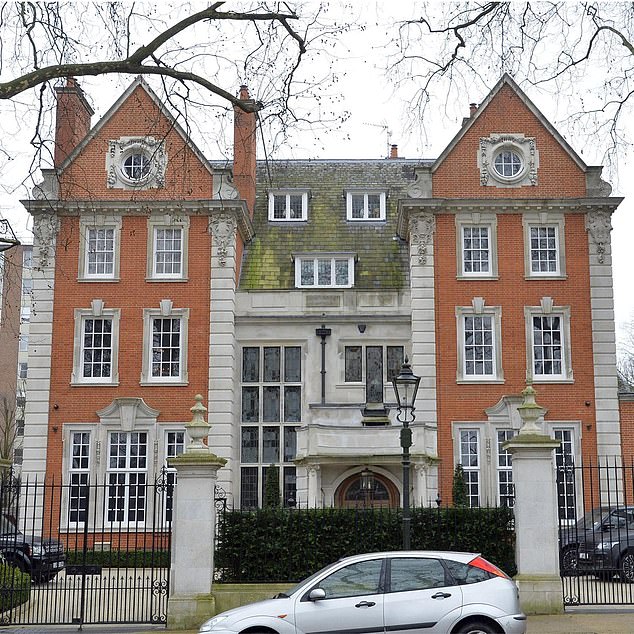 The judge and barristers drafted a note for jurors, asking them to each privately explain what they believed the problem was and whether they felt able to continue working together constructively to reach a verdict in the case.

In those notes the other 11 panel members all complained about the woman who claimed she was being bullied.

They said the woman would put on her headphones at maximum volume in the jury room or storm out to chat on her phone instead of joining in the discussions.

Even the judge was concerned about the amount of time she spent on her phone when he saw her outside the court as he came on to the bench.

Leonard Smith, defending Maria Mester, said the note from the isolated juror ‘troubled’ him very much.

He added: ‘It’s angry, defensive, in its own way it corroborates the tone of the other notes, does it not?

‘If at all possible we continue with 12, and that means a counselling by the judge in open court to all 12, to let them know that we live in difficult times, we’re all under great stress, particularly this year.

‘What happens if two or three days down the road the same problem raises its head? 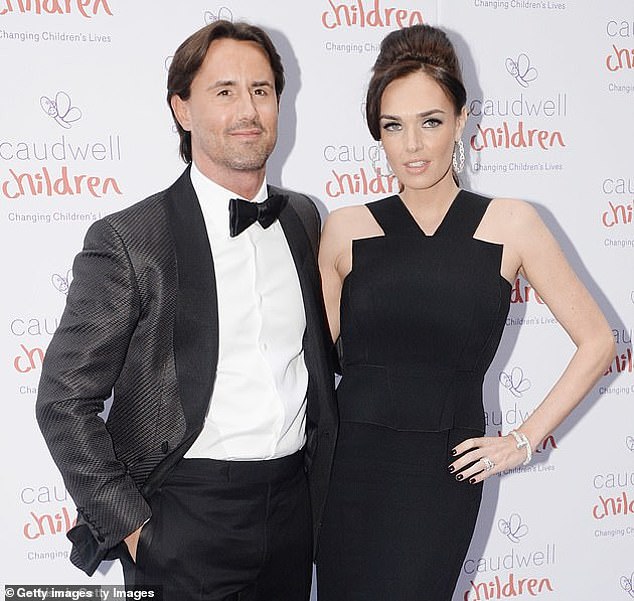 Watches, jewellery and other valuables worth £25million were stolen from stars including Tamara Ecclestone. Pictured: Ecclestone and her husband Jay Rutland [File photo]

‘That is a balancing matter for the court, if I am pushed, I would adopt his submission concerning the desirability, the option, to discharge the juror, at the stage this trial has reached I don’t think anyone wants it to be discharged.

‘It would be a tremendous waste of money and doesn’t make practical sense against the interests of justice.’

Judge Edmunds decided to discharge the female juror who complained of being bullied, and said: ‘I have observed as I come up to court, there have been occasions that the juror was outside the room, apparently on the phone.

‘I observe first that I have regard to the overriding objective, it is very much in the interests of justice to reach a conclusion.

‘It is always a heavy step to lose a juror, it loses the ability to give a majority direction, we are in a time of Covid, we have a functioning body of jurors, we are at an advanced stage.

‘The defendants are keen to have the case resolved, by a jury that is able to function.

‘All jurors have attended and shown close attention, they are apparently diligent, there is no suggestion that they are approaching impartiality.

‘There is no evidence to suggest that any juror has disregarded my direction to keep an open mind.

‘Some feel their desire to discuss the case are inhibited by her, whether by her withdrawing from the room or by wearing headphones.

‘These issues have been brewing for a while, quite apart from the pressure of [the] case, the resilience of all of us has been impacted by Covid.

‘It is clear that others would be keen to discuss the case with others, her note expresses deep unhappiness.

‘She is concerned about being excluded and objects to discussing at this stage, she leaves when she can and thinks she’s being talked about.

‘The interests of justice force me to discharge the juror, I have considered discharging as a whole, no one has asked for that.’

The lone juror was brought into court where Judge Edmunds told she was ‘not at fault’ and thanked for her service.

Judge Edmunds then held a hearing in private with barristers in the case before discharging her.

The trial then continued with Judge Edmunds telling the remaining 11 jurors: ‘Do you know, this is the first time since I’ve been here in 10 years that this has happened* for that I should perhaps be grateful.’