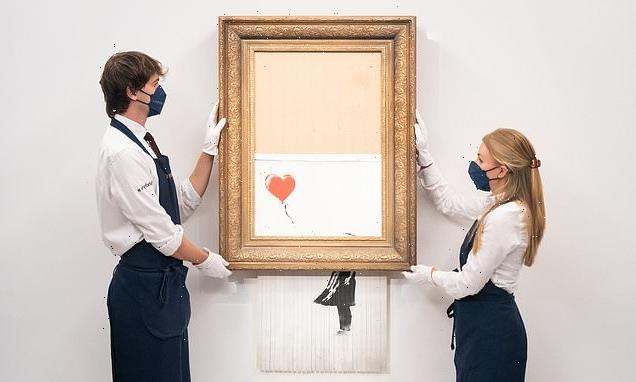 Slice of good fortune: Banksy artwork that was sucked into a concealed shredder is bought for record £18.6million at Sotheby’s – FOUR times the estimate

A Banksy artwork that half-shredded itself has sold for £18.6 million – four times its estimate.

Onlookers gasped when the then-titled ‘Girl with Balloon’ was sucked into a concealed shredder as the hammer fell following a bid of £1.04million pounds at a 2018 auction at Sotheby’s.

The unique item, now called ‘Love is in the Bin’, by the anonymous street artist returned for sale today with a price estimate of up to £6million.

But the artwork blew out all expectations by selling for £18.6million – a new record for a Banksy piece.

The sale, which saw nine bidders battle for 10 minutes for the work, beats the previous record of £16.75 million set for a Banksy in March. 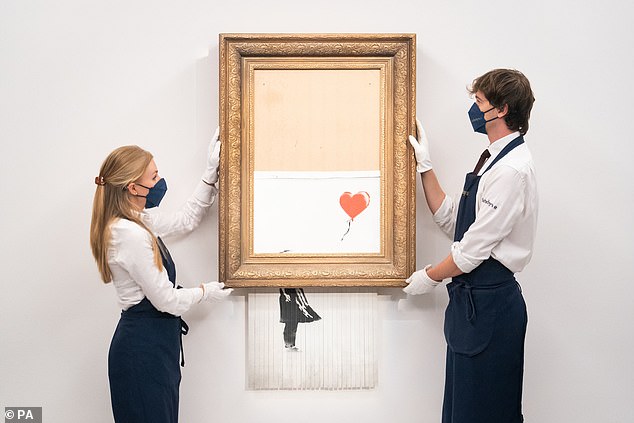 ‘Love is in the Bin’, a Banksy artwork that half-shredded itself during a 2018 auction, has sold for £18.6 million – four times its estimate

Alex Branczik, Sotheby’s head of modern and contemporary art, added: ‘When Girl with Balloon “self-destructed” in our saleroom, Banksy sparked a global sensation that has since become a cultural phenomenon.’

‘During that memorable night, Banksy did not so much destroy an artwork by shredding it, but instead created one. Today this piece is considered heir to a venerated legacy of anti-establishment art.’

Sotheby’s said the work fitted into an illustrious history of anti-art including Marcel Duchamp’s anonymous submission of Fountain, a porcelain urinal remounted on a pedestal in 1917, to Ai Weiwei, who photographed himself intentionally dropping an alleged Han Dynasty urn. 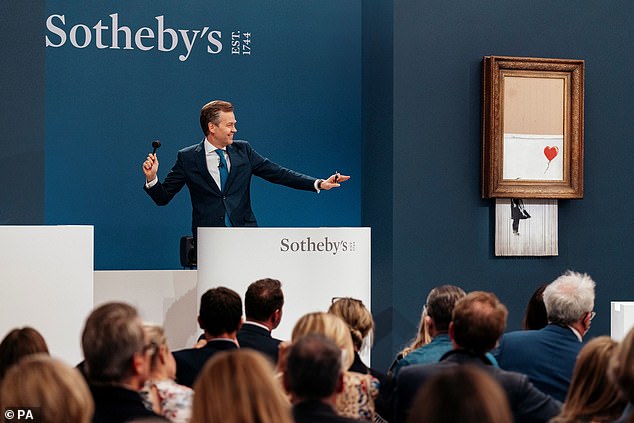 Onlookers gasped when the then-titled ‘Girl with Balloon’ was sucked into a concealed shredder as the hammer fell following a bid of £1.04million pounds at a 2018 auction at Sotheby’s

When it last sold at in October 2018 the piece was known as ‘Girl With Balloon’, an image first stenciled on a wall in east London which has become one of Banksy’s most well-known images.

But just as an anonymous European buyer made the winning bid, a hidden shredder embedded in the frame by Banksy whirred into life, leaving half the canvas hanging from the frame in strips.

Sotheby’s says the work created in the stunt is ‘the ultimate Banksy artwork.’

Several of his works have sold for multiple millions at auction. In March, a Banksy mural honouring Britain’s health workers, first painted on a hospital wall, sold for £16.8 million at a Christie’s auction. 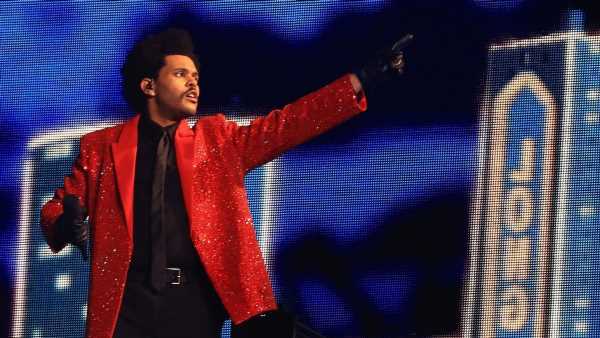