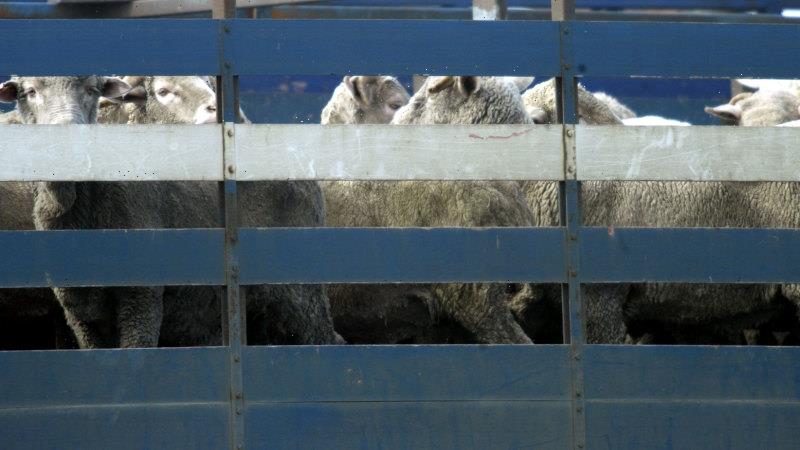 The resumption of some summer trade of live exports is set to resume after being stopped following the Awassi Express disaster in 2017, when 2400 sheep died from extreme heat stress on a ship heading to the Middle East.

Animal welfare groups said sheep would once more be sent to suffer during some of the hottest parts of the Middle Eastern summer, including in the months of June and July in Kuwait where average temperatures reach 41 degrees

The summer ban was first proposed by the Australian Live Exporters Council (ALEC) in late 2018 in a bid to prevent the entire industry from being made illegal, following the Awassi Express scandal.

But Mark Harvey Sutton from ALEC told The Sydney Morning Herald and The Age the industry wanted to be allowed to transport live sheep to the Arabian Gulf and Red Sea until 21 June and from August 23 to the Red Sea.

Currently, the ban applies from June 1 until the end of August.

“At the moment you can ship on the 31st of May and you can’t on the 1st of June, now look we support that, that’s our position, we wanted that moratorium to come into place and that was subsequently backed by the regulatory prohibition,” he said.

“It’s pretty black and white – you can ship on this day, and you can’t on the other – but it’s more complex than that.

“The conditions in late May are probably comparable to early-to-mid-June, so why wouldn’t the same settings be potentially appropriate?” he said.

The Department of Agriculture has told animal welfare groups it is set to agree to the industry’s request having published its draft review of the summer ban in December and consulted further. It said it wanted to resolve the matter in time for the northern summer, something exporters said they required for certainty.

In a statement, the Department cited data from the last three summer periods showing the mortality rates had reduced to around one-fifth of the number of deaths reported before the ban came into effect in 2019.

“Mortality rates have declined significantly but the biggest factor behind this trend is the fact that shipments during the hottest periods of the year have been banned,” a Department spokesman said.

It is inconceivable that we would place sheep in such peril when we now know that these vessels can turn into floating ovens capable of cooking sheep alive.

However, the Department’s own draft review published in December acknowledged the data collected over the last three years was limited in both quality and quantity due to the pausing of the Independent Observers on-board live exports voyages and fewer shipments because of the pandemic.

“Voyage reporting has also been of variable quality, in terms of accuracy, consistency and completeness,” the report said.

Animals Australia director Lyn White said Australian sheep would be suffering through blistering conditions for at least the months of June and July as a voyage can take up to three weeks and animals spend additional weeks in feedlots before slaughter.

Kuwait, where most of the sheep are destined, recorded the world’s hottest temperature in 2021 –53.2 degrees.

“It is inconceivable that we would place sheep in such peril when we now know that these vessels can turn into floating ovens capable of cooking sheep alive,” she said.

“This is further proof that the Department cannot regulate and facilitate the live export trade. To restart shipments simply to appease a disgraced industry is reprehensible,” she said.

Jed Goodfellow from the newly created Australian Alliance for Animals, said both industry and the Department were misrepresenting the data.

“It is illogical to cite this as a positive outcome and then propose to unwind the very regulations that produced that outcome,” Dr Goodfellow said.

“Mortality rates have declined significantly but the biggest factor behind this trend is the fact that shipments during the hottest periods of the year have been banned,” he said.

One shipment was granted permission to sail during the summer ban period on June 14 in 2020 because of the pandemic. Around 12 per cent or 4000 sheep on that voyage suffered the highest or second-highest levels of heat stress.

“I’m happy to stake on that, yes is the short answer,” he said.

The McCarthy review, commissioned in the wake of the Awassi Express said that the regulatory standards should be set to protect animal welfare and prevent heat stress rather than the worst-case outcome of animal death rates.

This was also accepted by the Agriculture Minister David Littleproud but Mr Harvey Sutton said that change had still not happened although it remained the goal.

Agriculture Minister David Littleproud said resuming live exports in summer was not a decision for the government.

“The Department of Agriculture, Water and the Environment is the independent regulator of the live animal trade,” he said. “Any decisions they make in respect to the trade are independent of government.”