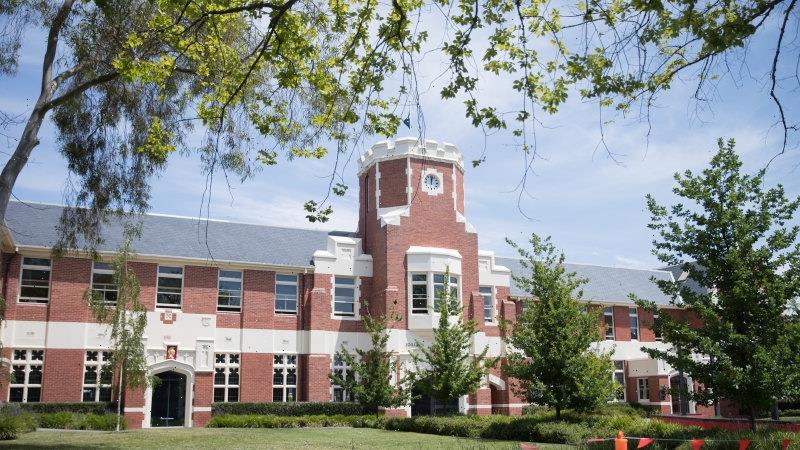 Its achievement capped a standout year for regional schools, which were also heavily represented in the list of top performers in the government sector. 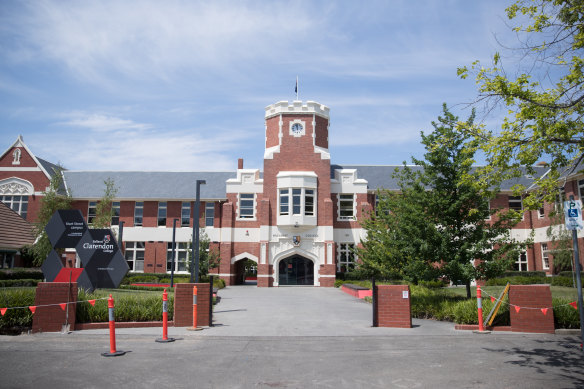 Ballarat Clarendon was the only school in the state to achieve a VCE median study score of 38 and the first school to reach this mark since 2020.

In all, 35.5 per cent of the school’s 231 VCE students’ study scores were 40 or above, the highest proportion in the state.

Many of the state’s perennial best-performing schools achieved VCE results slightly below pre-COVID levels, suggesting the disruptions of the three-year pandemic continue to affect student learning.

Haileybury Girls College, last year’s top-performing school, ranked fifth with a median study score of 36, and had 33.5 per cent of its students’ individual study scores hitting 40 or higher.

It was one of 15 schools with a median study score of 36.

Non-government schools – most charging more than $30,000 a year at VCE level – claimed 17 of the 20 highest places in the rankings.

Wycheproof P-12 College, a Mallee school with just 100 students, including 19 VCE students this year, was the best-performed non-selective government school in the state with a median of 34, followed by regular high-achiever East Doncaster Secondary College, then Corryong College, another school far from the city limits.

Jordana Hunter, program director for education at the Grattan Institute, studied teaching methods at Ballarat Clarendon for a report the think tank published this year on curriculum planning. She said the school stood out in Victoria for the way its curriculum had been organised around “a logical and rich sequence of learning, from the early primary years through to secondary school”.

The school’s approach to teaching begins with establishing foundational skills and progressively builds in complexity as students master concepts, she said.

“They also take a really co-ordinated approach to developing high-quality curriculum materials that teachers share, and they invest a lot of time in supporting teachers to develop their classroom practice,” Hunter said.

The school said its students’ achievements this year had been “nothing short of extraordinary”.

“The class of 2022 achieved results that reflect their determination, persistence and passion. The outcomes also reflect the commitment of the team involved in supporting, guiding and caring for them,” it said in an online statement.

Ballarat Clarendon has previously been recognised in The Age Schools that Excel series, but is also the subject of a WorkSafe inquiry, triggered by former teachers’ complaints of workplace bullying.

St Catherine’s director of teaching and learning Ceri Lloyd said the school’s VCE results had improved since it adopted new teaching methods in partnership with the University of Queensland that emphasised inquiry ahead of rote learning.

Students had become “less passive” in their learning under the new model, Lloyd said.

“Our top girls have always performed well, but we are bringing up our middle band and that has contributed to our recent results,” she said.

Melbourne High principal Anthony Mordini said students at the selective all-boys school “are very driven to succeed, they want to be there from day one, and have got a very strong reason to be there”.

The school is one of four select-entry government schools in Victoria for students of high academic ability and all students wishing to enrol must sit an entrance exam.

Mordini said the school had good resources, but nothing to compare with high-fee non-government schools in the inner city.

“It forces us to work with what we’ve got,” he said.

The Age’s VCE performance rankings are based on a combination of each school’s median study score and the proportion of individual study scores above 40.

It is a more accurate measure of a school’s academic performance than counting the raw number of high individual study scores per school, a method of ranking that privileges large schools.

The school also taps into available subjects at the larger Bendigo Senior Secondary College and online at Virtual School Victoria when students want to study something it cannot offer on campus.

“We really work hard to ask our kids ‘what are you aspiring to do?’, and then we make that possible,” McKersie said.

Rural schools have been hit savagely by teacher shortages this year, but McKersie said Wycheproof had managed to establish a good pool of homegrown talent.

“We work pretty hard to grow our own staff here at our school, so we have a lot of teachers who are ex-students, including myself, who have returned to our community seeking a better work-life balance.”