A VICIOUS dog attack has left a woman with life-changing facial injuries, needing multiple surgeries to repair the damage.

Marie Fast, 48, was visiting a friend's house and approached the dog before it pounced and tore off her upper lip. 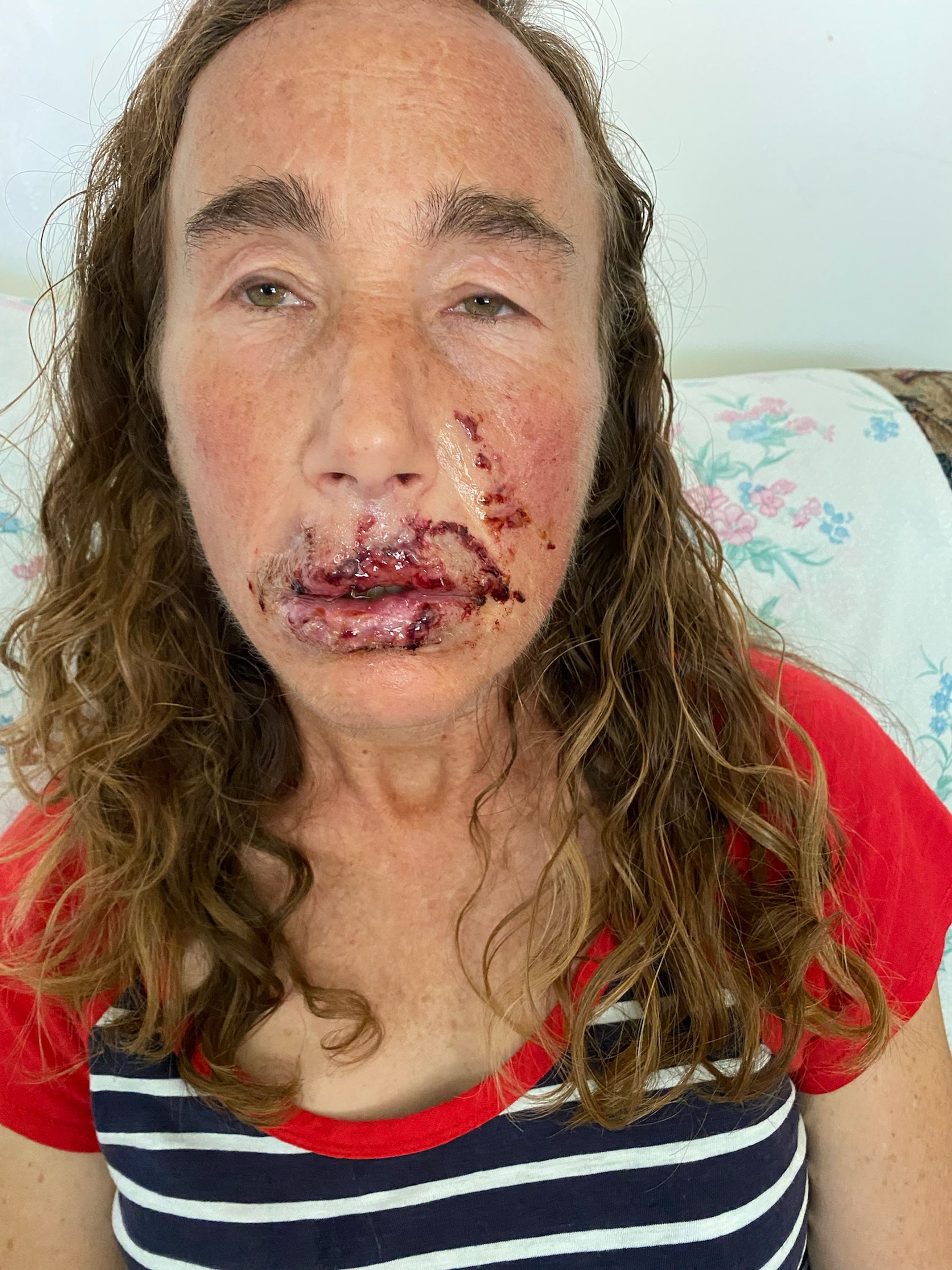 Marie, from Salt Lake City, Utah, had been chatting to the dogs owner outside, before bending down to to pet the animal when he suddenly attacked her.

The traumatised janitor lost the whole of her upper lip and was rushed straight to hospital by her mum Carol for treatment.

Marie's horrified sister, Kasja Sparks, 45, said that the dog had bitten completely through her lip leaving her face looking like 'ground meat'.

Kasja said: "They are trying to rebuild her lip but there isn't much left of it.

"It has bitten completely through her upper lip and she has marks around her face. It just looks like the dog has lunged and grabbed her lip.

"It was just a bloody mess, it looked like ground meat. She's scarred for life."

Terrified Marie was rushed to hospital by her mum where she spent two hours in plastic surgery to reconstruct her lip.

Marie was left eating through a straw for three weeks.

Kasja said: "She was in so much pain for days and she couldn't eat or drink. She was drinking soup through a straw for three weeks.

"Marie doesn't respond to pain the same way as everyone else. She has a high pain tolerance because she doesn't recognise the feeling as pain so for her to say 'it's painful' it must have really hurt."

After two operations to try and rebuild her lip she's expected to have even more surgery, which will cost the family $10,000.

Marie had not met the dog owner and introduced herself to the owner when he arrived at her friends house with the dog to trim the branches.

The owner has reportedly told Marie the dogs name when she bent down to stroke the animal, before she was viciously attacked.

Due to Marie's condition, she hasn't been able to identify the dog's breed but described it as 'big and brown'.

Kasja said: "Marie approaches animals carefully. The guy told her the dog's name so she got down to its level and that's when the dog just lunged and attacked her.

"It ripped off her upper lip and the guy grabbed his dog and left. Marie was on the ground screaming and crying.

"They've tried to pull the skin above the lip down but it's obviously a different colour. They're trying to rebuild what a lip would look like."

Marie's family are trying to focus on the positives, though they say she has been left feeling depressed and terrified of animals.

Kasja said "If someone said her face looked messed up then she would think that forever but people just keep telling her how much it's improving.

"She loves animals and now she won't go near them.

"She hasn't been near a dog since because she gets so nervous around them. She has mini panic attacks if she sees one."

The family have set up a GoFundMe page to help cover the costs of her additional reconstructive surgeries. 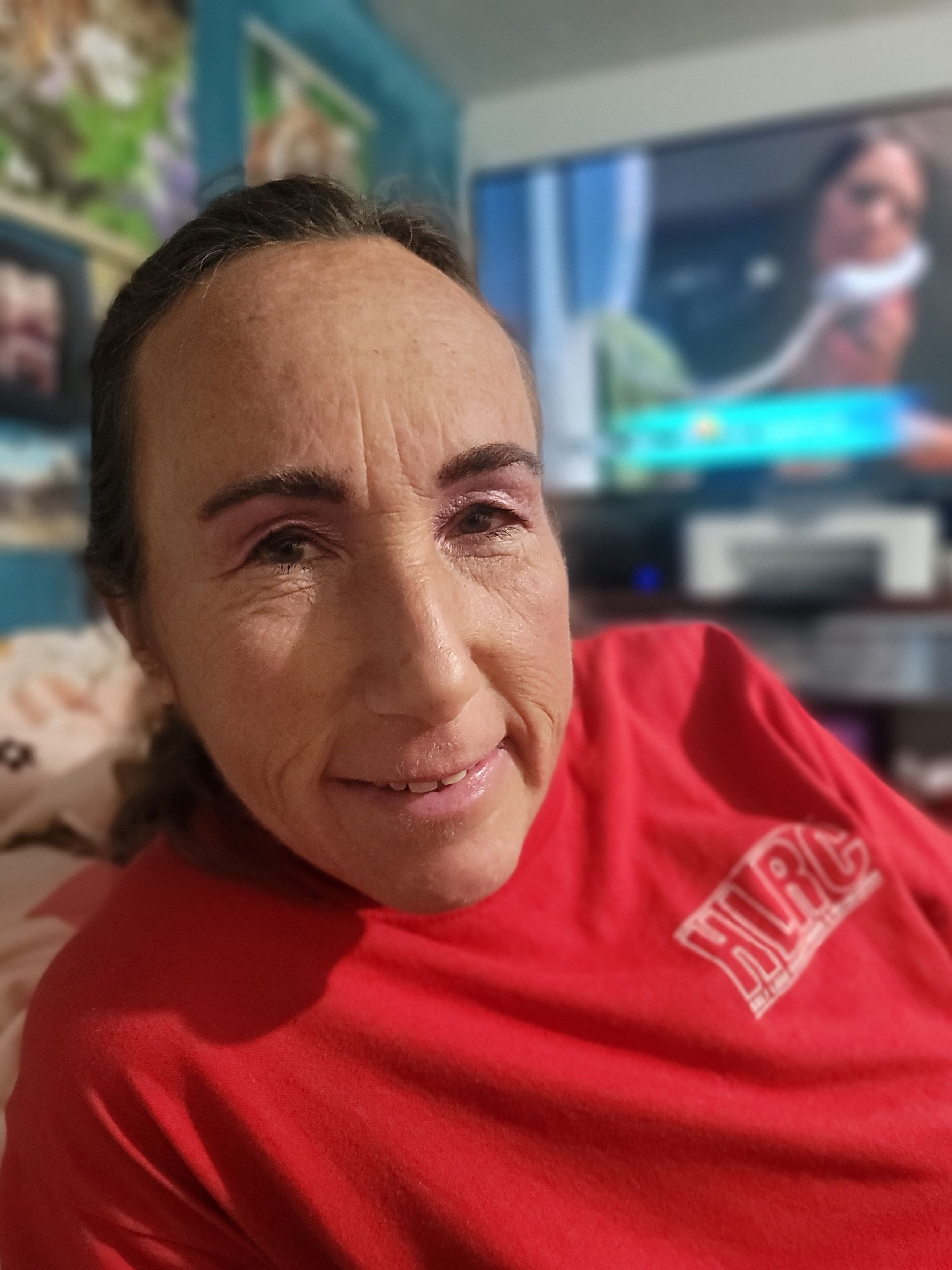