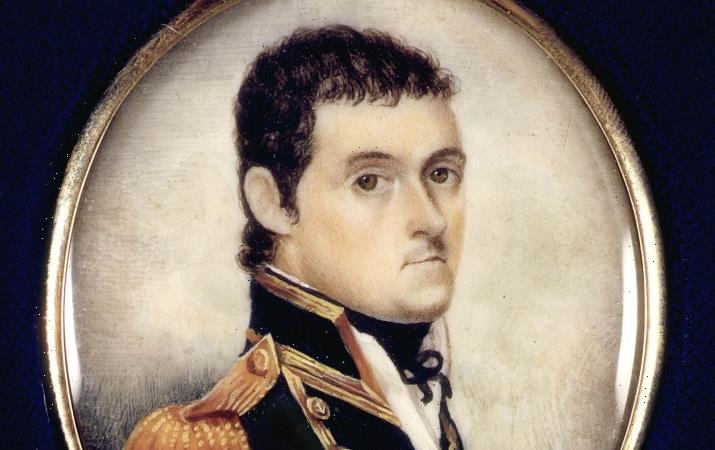 An Australian collector has spent more than $740,000 to buy a book that accompanied explorer Matthew Flinders on his voyage around the continent.

The rare book, known as First Voyage and described by an expert as “extremely important”, was authored by Captain James Cook and kept in Flinders’ shipboard library when he circumnavigated the continent he later called Australia in the early 1800s. 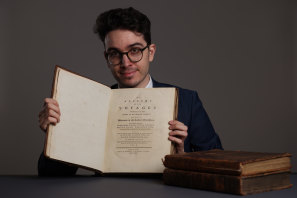 Mark Wiltshire, a book specialist at Christie’s, with Matthew Flinders’ copy of James Cook’s account of his voyage to Australia.Credit:Hollie Adams

Flinders, whose name adorns a long list of Australian place names including Melbourne’s Flinders Street and Flinders Island near Tasmania, used the three-volume book as a reference and guide when he explored our coast.

Experts said it was made more valuable because of the handwritten notes Flinders made in the book, including indigenous words and correcting Cook’s coordinates.

A spokeswoman for auctioneer Christie’s said an Australian collector had purchased the item but she declined to give more details. 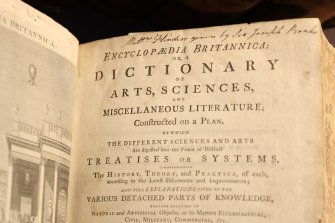 Note on the title page of the Encyclopaedia Britannica that Joseph Banks had given Flinders the set. Credit:Hollie Adams

Also at the auction, held in London on Wednesday, a 20-volume set of Encyclopaedia Britannica given to Flinders by botanist and Royal Society president Sir Joseph Banks sold well above expectations.

Before the sale, Christie’s had projected an upper value of $92,000 but the set, which included Flinders’ musings on topics such as the nature of God and of human kindness, sold for more than six times that at $637,000.

And a one-page letter Flinders sent to his sister-in-law, Isabelle ‘Belle’ Tyler, in 1801, soon before leaving England to sail to the Antipodes, sold for more than $127,000, double the upper expected price of $55,000.

The handwritten letter refers to Flinders sending Ms Tyler a dried skeleton of “a little comical fish” collected on an earlier voyage to New Holland, one of the then-names for Australia. 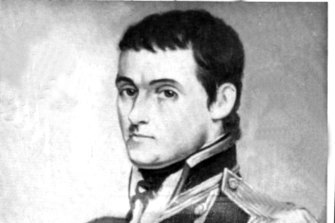 A portrait of explorer Matthew Flinders at Parliament House.

All three lots – the books and the letter – had been owned by Flinders’ descendants since he died in 1814.

All were purchased by Australian collectors but it is not known where they will now be kept.

Paul Brunton, emeritus curator at the State Library of New South Wales, who has published a book on Flinders’ letters, said before the auction that the books up for sale were “unique and extremely important” because they were annotated by Flinders himself.

“There are hardly any other books Flinders used that we know of which have also been annotated,” Mr Brunton said.

He said the Encyclopaedia Britannica had an added cachet in that it was Flinders’ “great patron” Sir Banks who gave him the set.

As for the letter, Mr Brunton he said it was “very rare” for letters by Flinders to come up for auction, “and so this is quite an interesting find”.