Prime Minister Scott Morrison is open to allowing the killer who slaughtered 51 worshippers at two New Zealand mosques to serve his life sentence in Australia, but the views of victims’ families were paramount in any decision.

Brenton Harrison Tarrant, 29, was sentenced on Thursday to life in prison without parole after pleading guilty to the Christchurch massacre in March last year. 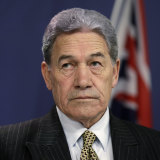 Tarrant is the first person to be denied a possibility of parole in New Zealand, and he has to be kept under enhanced security for his own safety.

Peters said lawmakers could only consider making a request to Australia since Tarrant was sentenced.

He said sending Tarrant back could require the parliaments of both countries to pass special laws because the near-neighbours do not have a legal framework for prisoner transfers.

Home Affairs Minister Peter Dutton said he would take legal advice on whether Tarrant might become eligible for parole if he entered Australia’s prison system.

“We’d have to look at what happened in terms of parole or the way in which our legal system would work here,” Dutton said.

“First priority is to keep him in jail for the rest of his life, and we’ll work very closely with New Zealand on any request that they provide.”

New Zealand has criticised Dutton for deporting increasing numbers of New Zealander criminals once they have been released from Australian prisons, accusing the minister of exporting Australia's problems.

Some criminals have lived in Australia since childhood and have no family or social networks in their homeland.

The New Zealand government argues that Australia should take responsibility for them turning to crime.