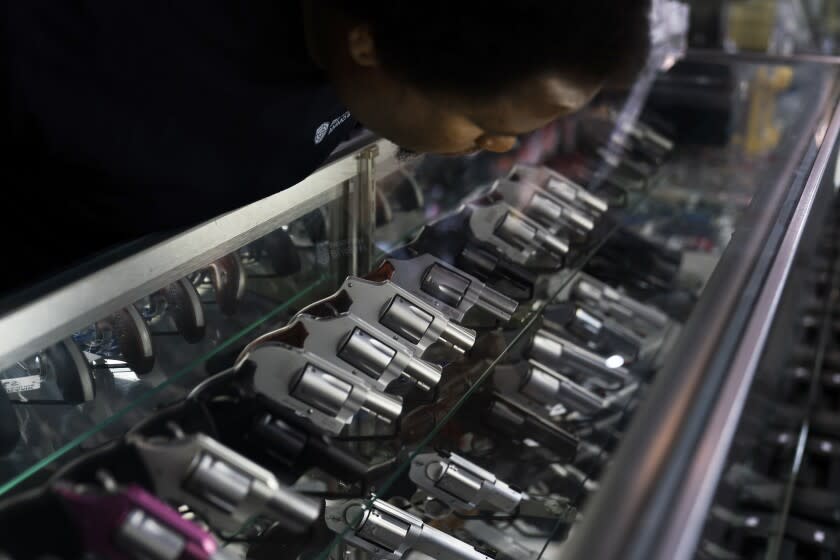 A proposal to strengthen California’s concealed-carry law in response to a Supreme Court decision expanding rights to carry firearms in public failed in the Assembly on Tuesday despite backing from Gov. Gavin Newsom and other Democratic leaders.

But the bill isn’t dead yet.

In what’s called reconsideration, lawmakers may vote on the bill again Wednesday, the final day of the legislative session and the last chance for state lawmakers to act on legislation and send it to the governor.

Newsom worked with state Sen. Anthony Portantino (D-La Cañada Flintridge) and state Atty. Gen. Rob Bonta for months this year on Senate Bill 918, a contingency plan to keep in place a robust concealed-carry law in California after the Supreme Court in June determined that certain restrictions violated the 2nd Amendment.

Portantino added an urgency clause to the bill, meaning it needed a two-thirds majority vote in both houses of the Legislature. The Assembly fell two votes shy of that threshold with a 52-19 vote. Several moderate Democrats either abstained from or voted against the measure.

“I am disappointed but optimistic that we will get the votes for SB 918. This is too important an issue for California to sit on the sidelines. We need to act now to keep our communities safe,” Portantino said in a statement after the vote.

The Supreme Court’s 6-3 conservative majority decided in the New York State Rifle & Pistol Assn. vs. Bruen case that so-called may-issue concealed-carry laws — which give broad authority to local officials to issue a license — infringe on a person’s right to self-defense outside the home.

That decision rendered California’s requirement for applicants to demonstrate “good cause” to receive a permit as “likely unconstitutional,” Bonta announced after the decision.

But the justices offered small windows of opportunity to maintain certain regulations, such as prohibiting firearms from a list of “sensitive places” and requiring objective licensing criteria for officials to use while reviewing applications, which could include background checks, firearms training and fingerprinting.

Senate Bill 918 would deem dozens of prohibited places as sensitive, including schools, government buildings, playgrounds, airports, public transportation and bars. It also would replace the former good-cause requirement with criteria to verify whether a person is “qualified” for a permit.

Licensing officials, namely sheriff’s departments, would have to conduct in-person interviews with applicants and at least three character witnesses, and could review social media posts or other publicly available statements made by the person as a way to determine whether they were a danger to themselves or others.