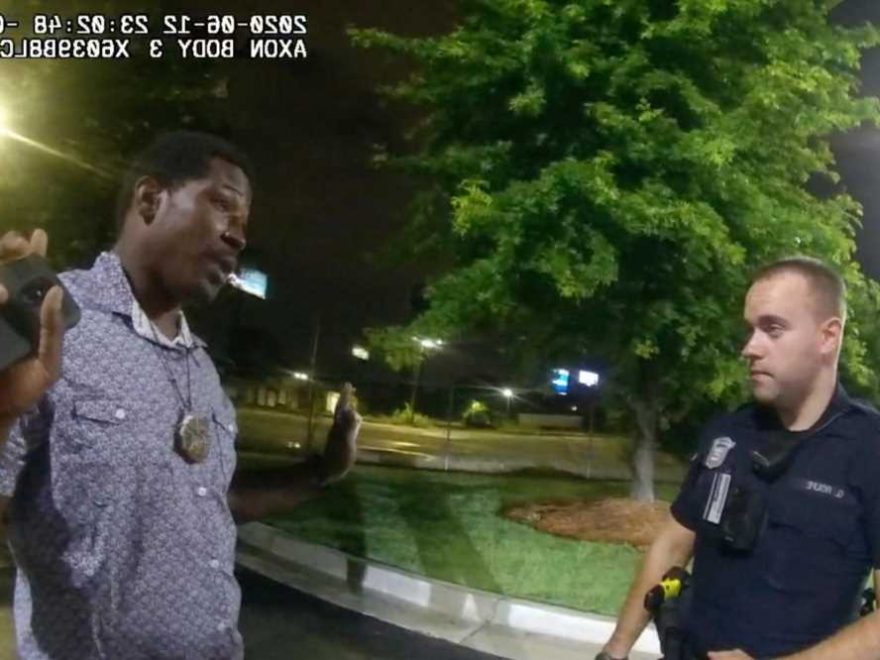 Garrett Rolfe, the fired Atlanta cop who shot and killed Rayshard Brooks outside a Wendy’s restaurant last year, has been reinstated — even as he still faces murder charges in the case.

The Atlanta Civil Service Board said Rolfe should get his job back because city officials were too quick to terminate the cop without giving him a chance to defend himself, WXIA-TV reported Wednesday.

“Due to the city’s failure to comply with several provisions of the code and the information received during witnesses’ testimony, the board concludes that appellant was not afforded his right to due process,” the decision said.

“Therefore, board grants the appeal of Garrett Rolfe and revokes his dismissal as an employee of APD,” the board said.

Rolfe was canned June 13, one day after he fatally shot Brooks in the back after a scuffle outside the fast-food eatery.

Under city code, the cop was entitled to a 10-day period to respond to the charges, the civil service board said in its opinion, released Wednesday.

City officials argued that the mayor has the authority to fire a police officer on a number of grounds, including for “unnecessary or unreasonable use of force” — but the board disagreed, WXIA reported.

It is unclear if the ruling means that Rolfe will be allowed to return to regular police duties, the station said.

Rolfe was hurled into the spotlight after Brooks’ death. The cop and his partner were called to the Wendy’s after Brooks fell asleep in his car in the drive-thru lane.

Brooks and both cops were seen on bodycam video chatting amicably for several minutes until the officers sought to arrest him, prompting a scuffle.

Brooks was seen wrestling on the ground and trying to grab Rolfe’s Taser before he ran off and was shot in the back.

Rolfe was fired and charged with murder less than a week later.

In August, he filed a lawsuit seeking to get his job back.