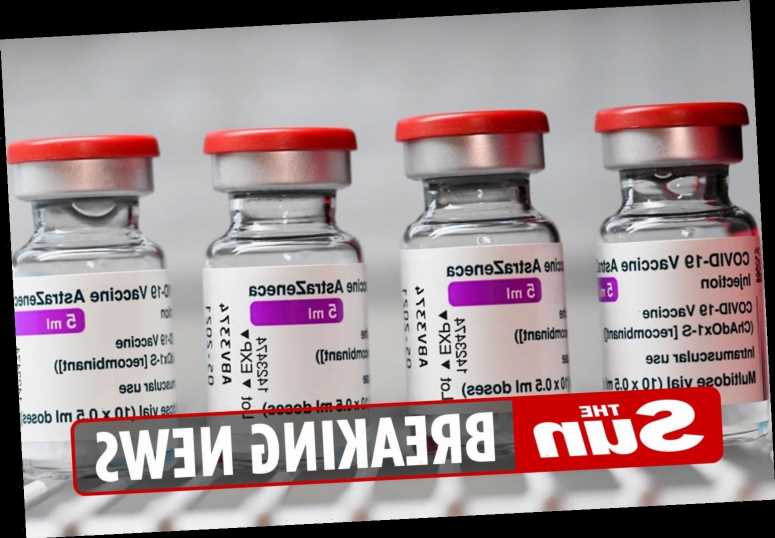 People aged 18-29 will be given an alternative vaccine such as Pfizer or Moderna after 79 clotting cases throughout Europe. 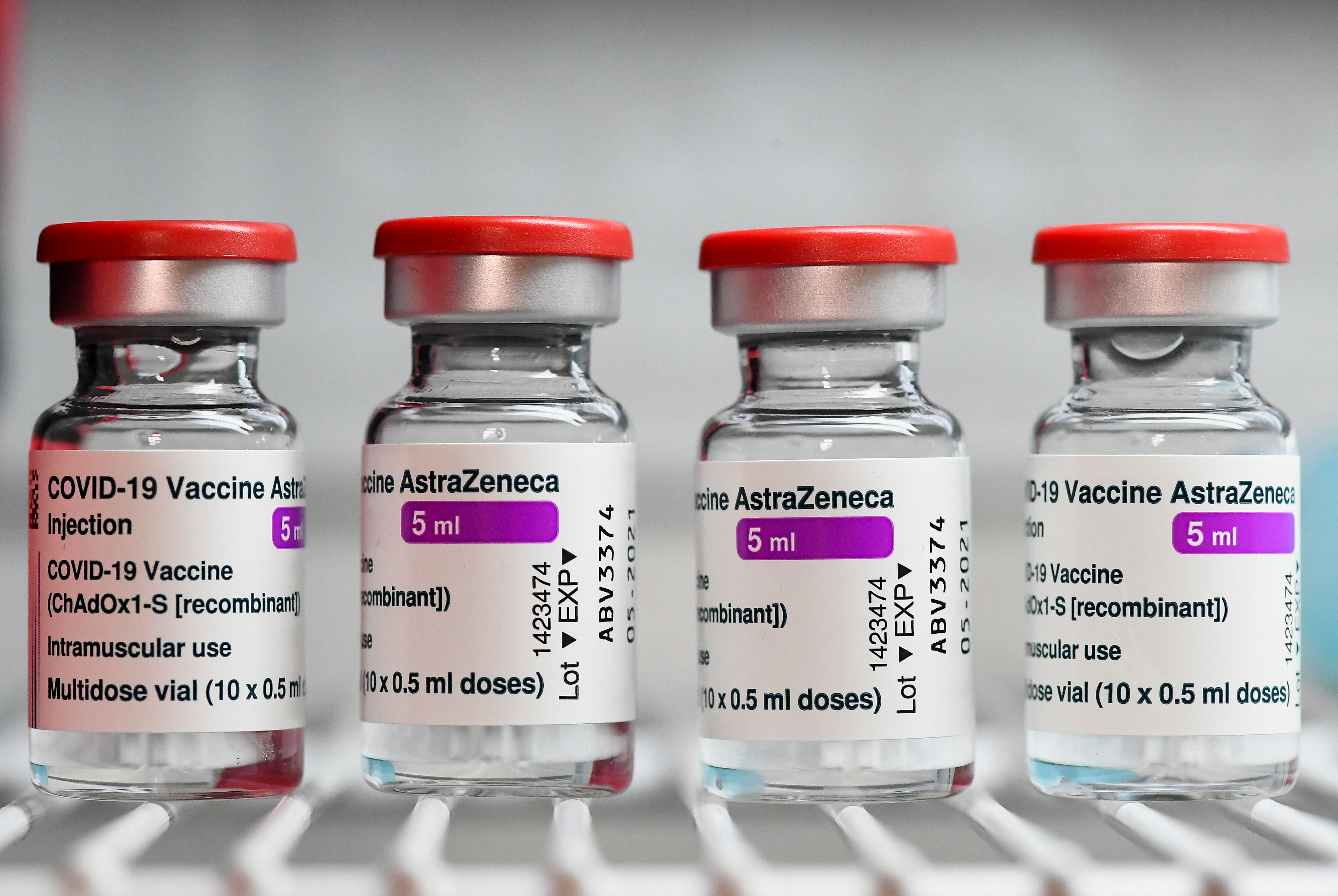 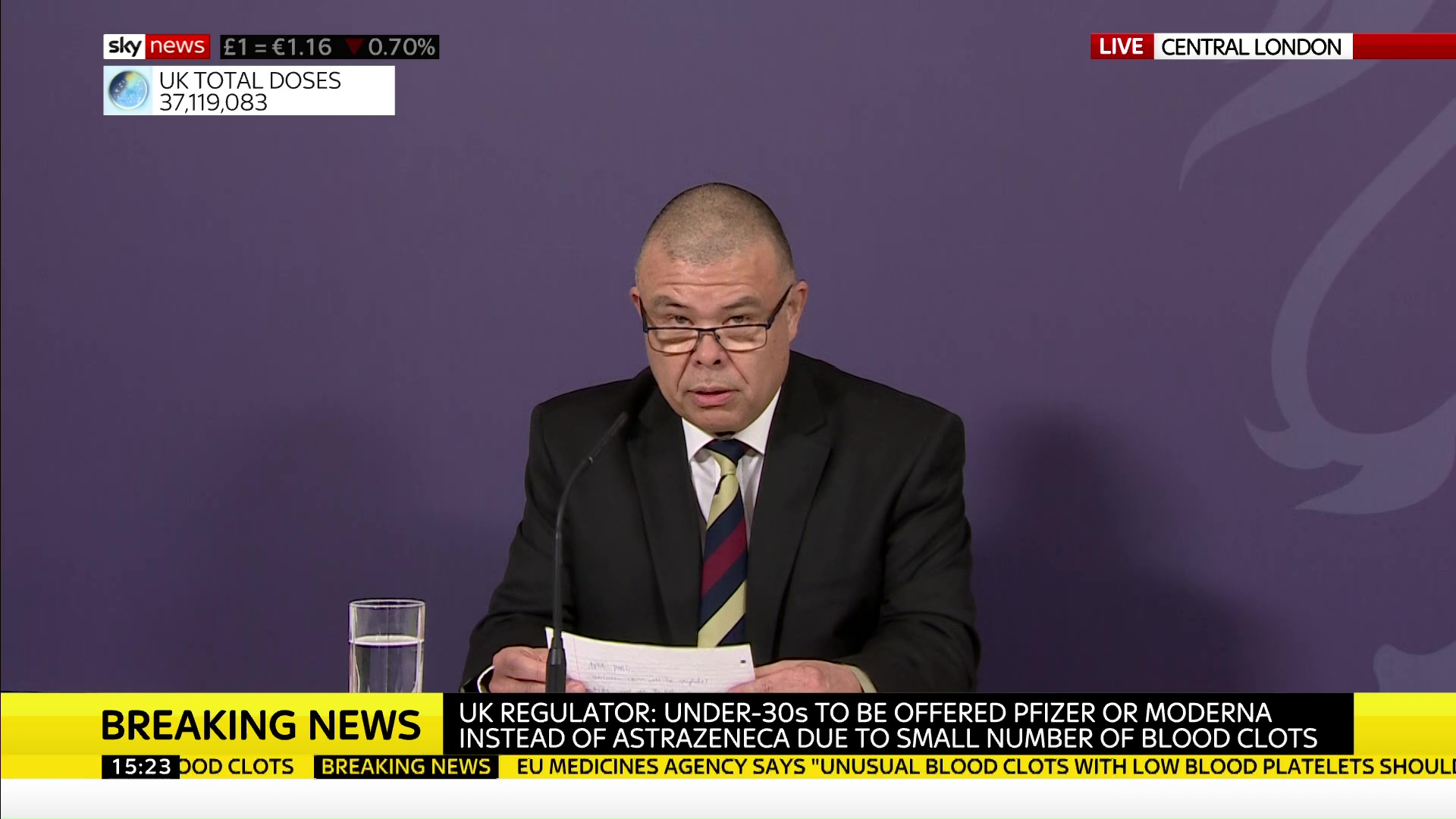 It comes after the UK trial in youngsters was paused over concerns, and the European Medical Agency's head of vaccines sparked crunch talks with claims of a definite link.

This afternoon the EMA concluded that “unusual blood clots with low blood platelets should be listed as very rare side effects” of the jab.

The UK's regulatory body, the MHRA (The Medicines and Healthcare products Regulatory Agency), met today to discuss the blood clot risks and what age groups the jab should be given to.

Dr June Raine, Chief Executive for the MHRA, said the "risk remains extremely small" despite "evidence firming" up of links between jabs and blood clots.

"Based on the available data and evidence, JCVI has advised that it is preferable for adults aged under 30 with no underlying conditions to be offered an alternative to the AstraZeneca vaccine where available.

"This weighs up the risks of being seriously ill or dying from Covid-19 against the extremely small risk of a serious adverse event.

“The Covid-19 vaccines have already saved thousands of lives and the benefit for the majority of the population is clear – if you are offered a vaccine, you should take it.”

Experts had earlier suggested the rollout to under-50s should also be halted amid fears of the unusual side-effects, but concern is largely for younger people.

Today Prime Minister Boris Johnson said he will carefully follow the advice on the Oxford/AstraZeneca vaccine from the MHRA and JCVI but does not believe he will have to alter the schedule for easing the lockdown.

During a visit to Cornwall, he said: "I think the crucial thing on this is to listen to what the scientists, and the doctors, the medical experts, have to say.

"I don't think anything that I have seen leads me to suppose that we will have to change the road map or deviate from the road map in any way."

He added on the vaccination programme: "You can really start to see some of the benefits of that – it's pretty clear that the decline in the number of deaths, the decline in the number of hospitalisations is being fuelled, is being assisted, the steepness of that decline is being helped by the roll-out of the vaccines so it's very important for everybody to continue to get your second jab when you're asked to come forward for your turn."

The MHRA previously stressed the risk was “very small” and the benefits of the vaccines against Covid outweigh any risks”.

And the World Health Organisation (WHO) insisted there was "no link" between the jab and blood clots, with experts urging people to still get their vaccine.

Last night the University of Oxford paused trials of its AstraZeneca vaccine on children and teenagers over concerns of the risk in young people.

A probe has been launched to make sure the jab is completely safe before the trials restart.

Over than 31.6million adults have now had their Covid vaccine, as it looks likely Downing Street will hit the goal of jabbing all over-50s by April 15.

But fears over the link between the AZ vaccine and clots developing in younger people could see the speed of the rollout take a hit – although it is thought Moderna's shot could instead be used primarily in people under 30.

It comes after Marco Cavaleri told Italy's Il Messaggero newspaper on Tuesday: "In my opinion, we can say it now, it is clear there is a link with the vaccine. But we still do not know what causes this reaction.

What vaccines does the UK have?

He added: "Among the vaccinated, there are more cases of cerebral thrombosis… among young people than we would have expected."

Thirty cases of the rare blood clotting have been seen in the UK, as of April 2, of the Oxford vaccine.

Of those, 22 are the rare CVST kind of clot that caused concern in Europe, and eight were other thrombosis events.

That is out of 18.1million doses administered in the UK – making it extremely rare at around one in 600,000.

Blood clots happen for a wide range of reasons, with around 3,000 people a month in the UK suffering them.

Even taking the contraceptive pill makes you two or three times more likely to develop a clot.

Prof Adam Finn, Professor of Paediatrics, University of Bristol said that more information needs to be given on the people who suffered with the blood clots and how their illnesses came about.

"We are seeing another vaccine coming in (Moderna), and further vaccines are approaching licensure, and I know that the UK has made contracts for quite a wide range of different vaccines.

"As time goes forward, we will have much more flexibility about who can be offered what.

"On the other hand, we do need to keep the programme going if the plan to open things up and allow things to get back to normal is to proceed without another wave of the pandemic coming through.

"So it's quite a tricky balancing act here, getting the balance right, getting vaccines coming through… getting the risk-benefit right for people coming forward."

He added: "The risks of death and serious illness from Covid-19 are therefore much greater for all these people than any possible risks due to vaccination.

"In short, if you are currently being offered a dose of Oxford-AstraZeneca vaccine, your chances of remaining alive and well will go up if you take the vaccine and will go down if you don’t."

The Government has not confirmed when Moderna will be rolled out in England, even though the vaccine is already in use in Wales.

The UK has bought 17 million doses of the Moderna vaccine – enough for 8.5 million people.

Jabs are being given out at West Wales General Hospital in Carmarthen, with Elle Taylor, a 24-year-old unpaid carer for her grandmother, becoming the first UK citizen to receive the Moderna vaccine on Wednesday morning.

A senior government jabs adviser had argued earlier the vaccine rollout should be halted for younger people until regulators issue firm guidance on the Oxford/AstraZeneca jab's safety.

And Dr Maggie Wearmouth, a member of the joint committee on vaccination and immunisation (JCVI), also suggested "slowing things down" entirely, until AZ is certain it's jab fully safe.

She said: "The issue is about safety and public confidence. We don't want to cover anything up that we feel that the public should be knowing."

Mr Johnson told reporters at it was "very important to stress that the best thing of all is to vaccinate our population, get everybody out getting the jab.

"That's the key thing and that's what I would advocate, number one".