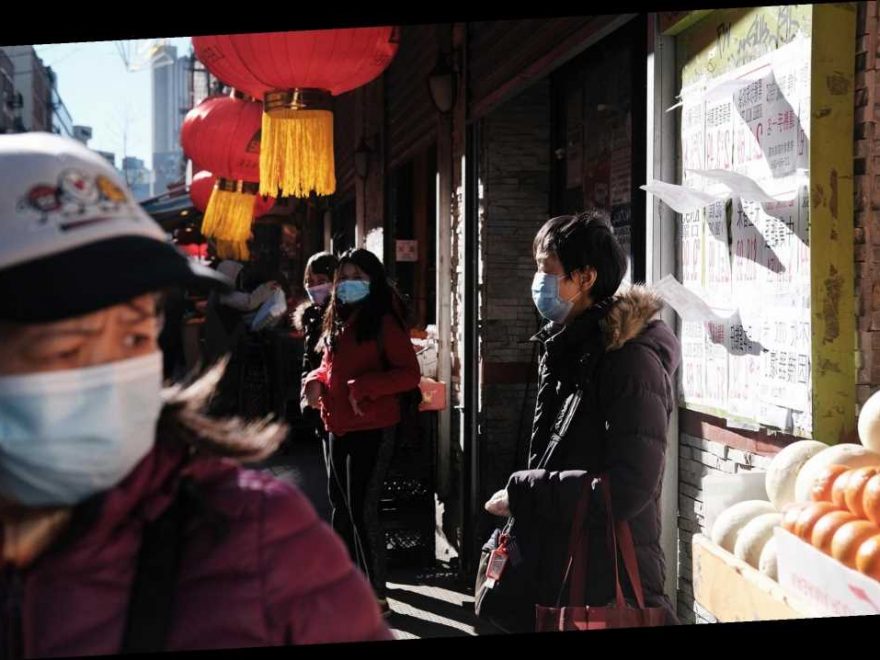 Asian man dies after robber punches him in face, as hate crimes swell

‘It must stop’: Biden condemns rise in anti-Asian American hate crimes amid COVID

Three Asian victims were targeted in two separate bias crimes across the city this week, according to cops.

In the most recent incident, a 41-year-old victim was bending over to pick up packages on Eighth Avenue near East 38th Street in Hell’s Kitchen just before 7 p.m. Monday when a man poured and spit his drink on the back of her neck, and on her bags, according to authorities and police sources.

“Go back to China!” he allegedly snarled at her before taking off.

Around 1:20 p.m. Sunday, a 25-year-old woman and 31-year-old man were at First Avenue and East 22nd Street in Kips Bay when a stranger approached and barked, “You aren’t from around here, go back to China,” cops said.

Then the suspect, a woman, told the male victim to “Go back to Communist China,” according to police.

The suspect fled in a cab, police sources said.

No arrests have been made in either case.

The incident comes amid a recent wave of crimes against Asians in the Big Apple and other cities.