Ashley Judd is honoring her mom, Naomi Judd, on her first Mother's Day without her.

The actress and humanitarian wrote an op-ed for USA Today about losing her mom to the "disease of mental illness" and how "making motherhood safe and healthy" for all would be the best way to honor The Judds singer's legacy.

"My mama was a legend," wrote Ashley, nearly one week after Naomi's death by suicide at age 76. "She was an artist and a storyteller, but she had to fight like hell to overcome the hand she was dealt, to earn her place in history. She shouldn't have had to fight that hard to share her gifts with the world."

She continued, "This Mother's Day, I choose to honor my mama for the person she was, a mother and so much more. And I ask you to honor your own mother, if you are lucky enough to have her. Honor her for more than her labor and sacrifice. Honor her for her talents and dreams. Honor her by demanding a world where motherhood, everywhere, is safe, healthy – and chosen."

Ashley wrote that this Sunday "is abruptly, shockingly, my first Mother’s Day without my mama." She said it "wasn't supposed to be this way. I was supposed to visit her on Sunday, to give her a box of old-fashioned candy, our family tradition. We were supposed to have sweet delight in each others' easy presence. Instead, I am unmoored. But my heart is not empty. It is replete with gratitude for what she left behind. Her nurture and tenderness, her music and memory." 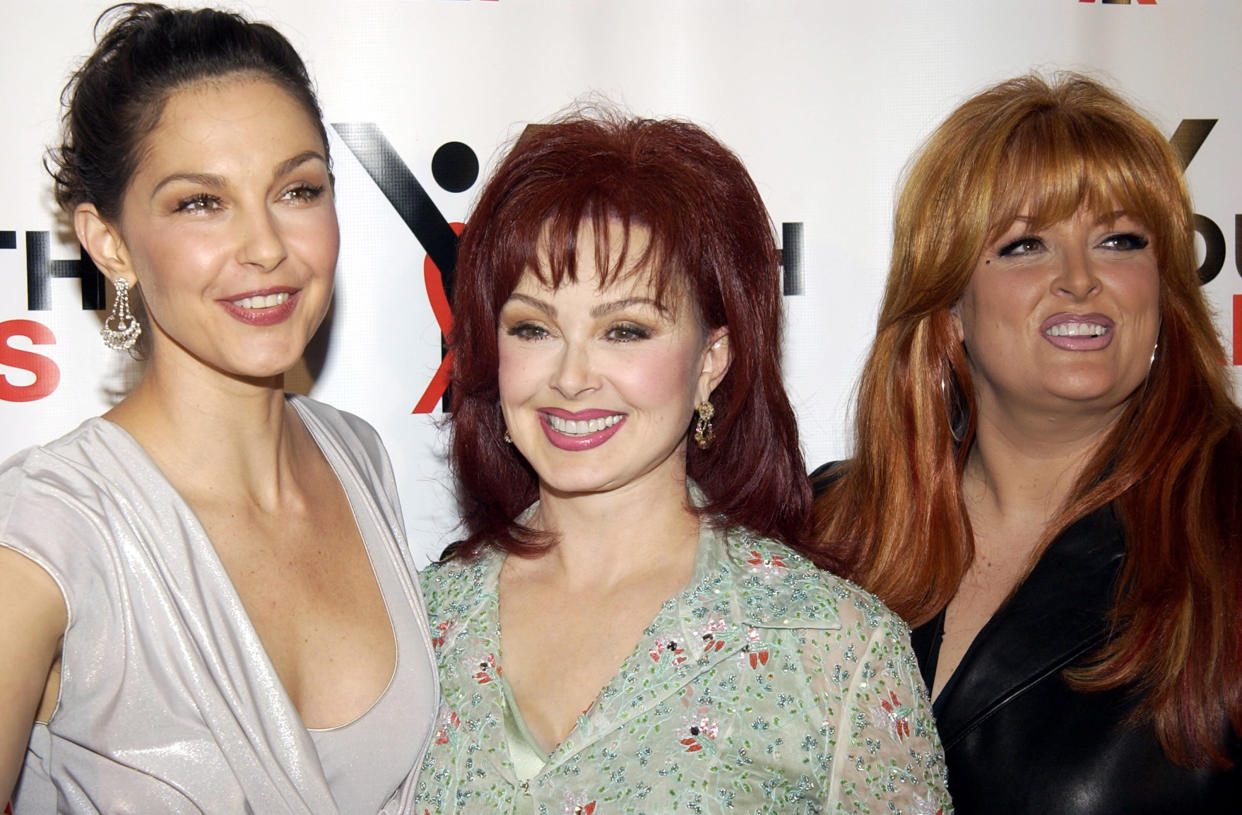 However, she said her heart is also filled with "incandescent rage" due to the fact that Naomi "was stolen from me by the disease of mental illness, by the wounds she carried from a lifetime of injustices that started when she was a girl."

Ashley wrote that motherhood happened to Naomi "without her consent" when she had an "unintended pregnancy at age 17," referring to her older sister Wynonna, and that led the Kentucky native "down a road familiar to so many adolescent mothers, including poverty and gender-based violence."

As she wades throw her grief, saying it "isn’t tidy" as she's "awash in the painful specifics," Ashley — a global goodwill ambassador for the United Nations Population Fund focusing on sexual and reproductive health agency — said she's instead left questioning if mothers are valued in society.

She shared statistics about maternal death and the more than 800 women who die each day from preventable causes related to pregnancy and childbirth. The U.S. has one of the highest maternal death rates in the developed world, she points out, and our paid parental leave lags behind. Further, some of the top causes of death among pregnant women in the U.S. "were homicide, suicide and overdose." Not to mention, that "so often, motherhood happens because of violence, because of neglect, because schools and health systems fail to provide reproductive health information, because they fail to teach the right of individuals to make their own choices about sex and contraception."

Ashley wrote that she's not "a biological mother," instead devoting "my time and resources to children who live in poverty and suffering" in her UNFPA role. To her, "Motherhood should always be a choice," she wrote before asking, "Does that sound radical to you? Does that sound like I wish my sister and I hadn't been born? If that's what you think, I will gladly direct my incandescent rage at you."

After all, "How much could we, as a society, possibly value motherhood when it is assumed to be an inevitability? When we accept as normal that women and girls will drop out of school and the workforce because they are expected to take on the unpaid labor of child care? When we fail to protect girls from poverty and violence?"

Ashley broke the news of her mother's death last weekend that her mom died from the disease of mental illness. Sources later confirmed to People magazine Naomi died by suicide. While she and Wynonna were "shattered" by their loss, they showed up for The Judds' induction into the Country Music Hall of Fame the following day. Wynonna, who was part of country music's most famous mother-daughter team, said in her acceptance speech that she was feeling broken and blessed at the same time.

Ashley also shared videos and photos of how they have been mourning the music legend, including singing hymns.

"We each are alone and we are in fellowship, broken and held, protected from nothing and sustained in everything. It’s the beginning of an old story, life and death, loss and life," she said of the family's loss, ending her post by saying, "Be free, my beautiful mother. Be free."