The press conference has concluded. You can watch the replay below: 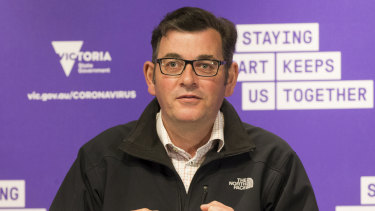 No other item of clothing or symbol, perhaps with the exception of Chief Health Officer Brett Sutton's salt-and-pepper five-o'-clock shadow, has attracted as much commentary as Andrews' black zip-up jacket by the US adventure brand more commonly associated with weekend bushwalkers or dads at soccer training (the jacket even spawned its own Facebook group).

Throughout lockdown, as Melbourne rode the wave of emotions that came from building our small existences around the timing of a government press conference, Andrews' choice of attire became our north star, our canary in the COVID-19 coal mine. North face: good. Suit jacket: bad.

On the rare occasion Andrews wore a suit jacket to deliver good news, we found ourselves, somewhat justifiably, searching for the catch, the fine print, the invisible asterisk that would pull our leads tighter just as they were let out a notch.

As far as I can recall, there was only one other Monday when the North Face jacket made an appearance. I don't recall the news that day being particularly good or bad – perhaps the Premier just failed to make it back home to change after an all-night strategy session.

Budget airlines and COVID-19: It's time for cheap air fares to die

During the course of this pandemic I've concluded there are two types of people: those who love flying, aircraft and everything to do with aviation, and those who see it as a necessary evil to be endured on the way to somewhere good.

Since travel shut down around March, I've been gobsmacked to see people pay good money to either take a joy flight to nowhere, or – even worse – to dine on a plane that’s not leaving the tarmac. 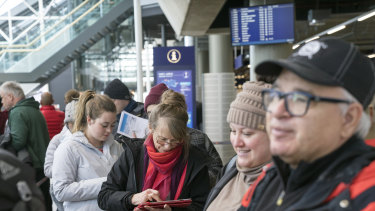 Passengers wait to board a budget airline last year. Credit:AP

When I expressed this amazement on social media, many agreed that flying was the absolute worst part of travel, and the one good thing about COVID-19 lockdown was not having to go near an airport.

There are many aspects of flying to dislike: the security checks, the endless pulling out of passports and other documents, the rush to make connections, the disappointing food, the kids sitting near you with iPads but no headphones.

However, the worst irritant is the ever-shrinking seat size in economy class, at its worst in the cramped interiors of budget airlines. I'm a big person and economy seating is like a mild torture chamber to me. It's particularly bad on long international flights, in which everything about my seat is wrong for an extended period: not wide enough for my shoulders, my shins jammed against metal struts, the headrest and armrests too low for me to use.

Flying is awful, so why should we resurrect this model after the pandemic has passed? Isn't it unfit for purpose? Not only is flying in the cheap seats uncomfortable, but the substantial real decrease in airfares over past decades (especially on low-cost carriers) has led to more and more people flying, more and more often – and we're paying a hefty price for that in the damage caused by climate change. When we used to travel overseas every two or three years, that was one thing; but many middle-class Australians now go overseas every year, sometimes more often.

Who are you going to see when Melbourne's new home visit rules come in?

We don't yet know how many people you will be able to have over from 11.59pm Tuesday, but assuming case numbers stay low, we'll once again have friends, family and loved ones in our homes.

We're keen to hear from you. Who will you be visiting from Wednesday? How are you feeling about it?

Personally, I'm most excited to visit my parents and siblings in regional Victoria once the 'ring of steel' is removed on November 8. Really can't wait to cuddle my five-month-old nephew Alex, who I've met just twice since he was born.

Melbourne retailers have welcomed the Premier's announcement of eased restrictions from Wednesday, with many already calling staff into stores to prepare for their long-awaited reopening.

On Monday afternoon Daniel Andrews said stores would be able to open with COVID-safe measures in place from 11.59pm on Tuesday, after Victoria recorded its first day with no COVID-19 cases and deaths since June 9. 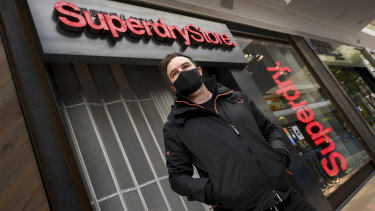 The news was immediately welcomed by merchants.

Caleb Brown, the chief executive of retailing group Brand Collective, said he would open some stores an hour early on Wednesday to help customers with online returns. Brand Collective operates stores including Volley, Shoes and Sox, Superdry and Clarks.

"We're going to try and power through some of those customers early in the day," he said. "We want to welcome all our customers back, but we prefer that they didn't all come at the same time.

JB Hi-Fi chief executive Richard Murray said he and his staff were "really excited" to get the company's 46 shuttered stores ready to trade again.

"We've done a terrific job, both our store staff, our support office staff, and our customers," he said.

Mr Murray said he expected Tuesday to be a busy day in his stores as staff return to prepare for Wednesday's reopening, but the retailer is confident of being ready for the Christmas rush.

Zero cases a 'vindication' of the strategy: Duckett

"A lot of people said zero is an impossible goal. And they called on the government to relax restrictions before it was safe to do so, because they were so short-sighted and they did not care about the long-term, and the risk of a third wave," he said.

"With zero cases, it is now safe to open up."

Dr Duckett also said Victorians could have high confidence in contact tracing, which had improved significantly even from last month.

Victoria’s epidemic peaked in August, and has been on the decline since then. Other countries that were recording similar numbers at the same time – like Sweden – are still recording many hundreds of cases a day.

"We were in a disastrous situation back in June. The contact tracing system was overwhelmed. We were just not in control," Dr Duckett said.

"What is startling is we’re now in what passes for summer in Victoria with zero cases. Britain has 19,790 new cases today. We have gone down, and they have gone up."

With Donut Day trending on Twitter earlier today – thanks to Victoria's zero new COVID-19 cases and zero deaths on Monday – donut shops have been plundered city-wide.

Both Victoria's Premier Daniel Andrews and Chief Health Officer Brett Sutton have shared pictures of the sweet treats they'll be indulging in this evening.

Despite all the focus on donuts today, the Premier didn't forgo his promise to get on something stronger than a beer.

Tim Piper is the Victorian head of the Australian Industry Group, a group representing businesses in manufacturing, engineering, construction and other sectors.

He said Monday was "an absolutely vital day for the Victorian economy and an historic day for Victoria because it affects so many people".

The tourism industry has welcomed the state government’s announcement that Melburnians can travel again within Victoria from November 9. Credit:Paul Jeffers

"We now have something we can work to. The industry can start to put its plans together," she said.

"We need greater Melbourne to be able to get out and travel around the state to have any reasonable pathway to recovery."