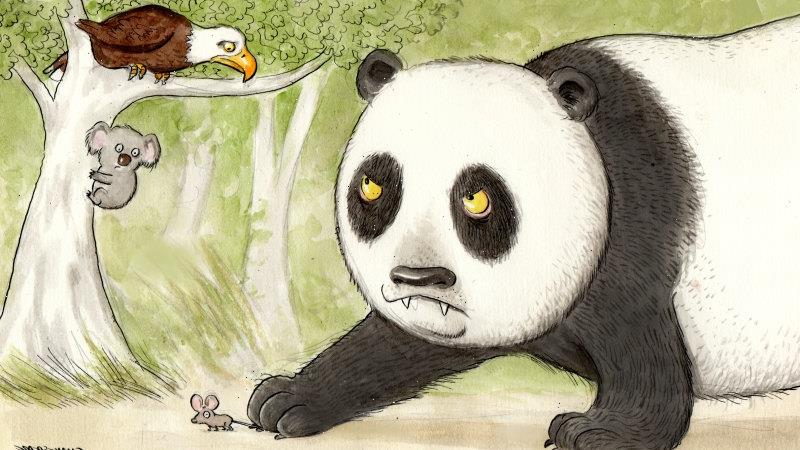 Four years later, I remember the class vividly. It was a spring morning at Columbia University in New York; my fellow students and I were in our weekly American politics seminar. Towards the end of the class our professor asked us to participate in a brainstorming exercise. The task: think of some opinions that are conventional wisdom today but could be regarded as mistaken, or even abhorrent, in the future.

After all, only decades ago it was mainstream for Americans to support enforced racial segregation and to believe that homosexuality should be illegal. Our class came up with a few ideas – perhaps future generations will be almost entirely vegetarian and regard meat-eating as barbaric – but the exercise proved extremely difficult. That was the point. 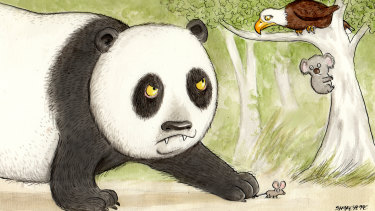 Our professor – Nicholas Lemann, a staff writer at The New Yorker – was trying to demonstrate how the prevailing consensus of the day can be wrong. He wanted us to continually challenge our underlying assumptions, to be open to the possibility that “common sense” ideas may be profoundly misguided.

I remembered the class this week while reading the latest Quarterly Essay, an exploration of Australia’s relationship with the US and China. The style of thinking Lemann was promoting comes naturally to the essay’s author, Hugh White. An emeritus professor of strategic studies at the Australian National University, White is one of the country’s most prolific commentators on defence and global affairs. He is also one of our most polarising and provocative thinkers. US foreign policy expert Randall Doyle describes him as the “heretic inside the house of Australian foreign policy”.

American sociologist Lester Kurtz defined the heretic as a “deviant insider”, someone close enough to power to be threatening but distant enough to be considered in error. His description fits White perfectly. White has been the ultimate insider, serving as a senior Defence Department official and adviser to Bob Hawke. His deviance emerges in his profound scepticism of Australia’s alliance with the US and his insistence that China should be allowed to exert more influence in its region, reflecting its status as an emerging economic superpower.

The release of White’s essay, titled “Sleepwalk to War”, is well-timed as it coincides with the arrival of a new federal Labor government and tentative signs of a thaw in hostilities between China and Australia. Foreign Minister Penny Wong was set to meet her Chinese counterpart, Wang Yi, in Bali on Friday, the first such meeting since 2019. 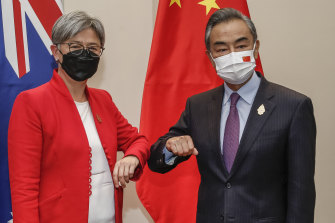 White’s central contention is that Australia risks stumbling into a disastrous war with China by overestimating American power and its commitment to the Asia-Pacific. “I think historians will judge both our political and bureaucratic communities harshly for that,” he tells me.

White’s stance has led to accusations that he is soft on the authoritarian regime in Beijing, a damaging charge given the hawkish turn in Australia’s China debate over recent years. Clive Hamilton, a leading Beijing critic, has labelled White a China “capitulationist”. White admits his out-of-vogue opinions have “certainly affected my standing as a member of the foreign and strategic policy community”.

An exponent of cold-blooded realism, White insists he’s an accidental heretic. “I started this process as a classic pro-American Australian defence public servant,” he says. “I had custodianship as a bureaucrat of some of the bigger, sexier parts of the alliance. I’m still a pro-alliance person if I think it’s going to work.” He pauses. “I just don’t think it’s going to work.”

White’s first major foray into provocation came in 2010 with his first Quarterly Essay, “Power Shift”. His argument was that America should share power with China and relinquish its military supremacy in the Asia-Pacific, a position that detonated a fiery debate in the foreign policy community.

Twelve years on, White thinks his idea of a power-sharing arrangement in Asia is no longer feasible. China has become too strong and the US too weak. The most likely outcome in coming decades, White argues, is that “the US-led era in our region will give way to an Asia divided between two regional hegemonies … India will dominate South Asia and the Indian Ocean, and China will dominate East Asia and the Asia Pacific.”

The pivotal question, White says, is whether America gives up its dominance in Asia peacefully or following a catastrophic conflict. The obvious trigger for such a war would be a move by China to send troops into Taiwan in an attempt to seize control of the island. China considers Taiwan part of its territory, but the democratically elected Taiwanese government operates autonomously from Beijing.

Since the 1980s, successive US presidents have pursued a policy on Taiwan known as “strategic ambiguity”. The policy means the US does not reveal whether it would intervene militarily to defend Taiwan if Beijing were to invade. Its goal is two-fold: to prevent Taiwan from declaring independence from China while dissuading Beijing from launching an invasion.

Until now, the policy has worked. But with Beijing becoming increasingly assertive, it’s coming under intense strain.

During a CNN forum last October, President Joe Biden was asked whether the US would come to Taiwan’s defence if it was attacked. “Yes, we have a commitment to do that,” Biden replied, setting off a frenzy of speculation. Did Biden misspeak or was he jettisoning the policy of strategic ambiguity? White House officials quickly clarified that Biden was not announcing a policy change, but his comments still provoked alarm in Washington.

“The president has a tendency to make gaffes but this is potentially quite dangerous,” Bonnie Glaser, one of America’s most respected China experts, told me at the time. “This is the only issue the US and China could go to war over so it’s something the administration has to be very careful on.”

Biden’s comments weren’t a one-off, however. During a visit to Tokyo last month, he replied “yes” when asked whether the US was willing to get involved militarily to defend Taiwan. It remains unclear exactly what Biden is up to. It’s possible he is trying to keep Xi Jinping off-balance or is clumsily referring to the Taiwan Relations Act, passed by the US Congress in 1979. The act commits the US to provide military support to Taiwan but does not oblige the US to intervene military if China invades.

Nevertheless, Biden’s comments have been applauded by anti-China hawks in the US Congress and Australian Defence Minister Richard Marles. On 7.30 this week, Marles said: “I welcome President Biden’s remarks because I do think that they represent a statement of a greater American intent in this part of the world – in the East Asian time zone, in the Indo-Pacific.”

White would be delighted to see the end of US strategic ambiguity, but in an entirely different way. He bluntly states that the US should abandon Taiwan to Beijing. And if the US won’t do so of its own accord, Australia should make clear that it would not participate in a war over Taiwan.

White concedes that a Beijing takeover would lead to great suffering for the Taiwanese people. His position sounds callous; indeed, it amounts to a pre-emptive capitulation to China. His analysis becomes more persuasive, however, when viewed in the context of Russia’s invasion of Ukraine.

Biden has explicitly ruled out sending US troops into Ukraine to avoid provoking a wider war with a nuclear-armed power. The same argument can be applied to a theoretical Chinese invasion of Taiwan. China posses nuclear weapons, if not as many as Russia. Unlike Ukraine, however, the US doesn’t recognise Taiwan as a sovereign state. Why, then, would the US risk triggering World War III over Taiwan if it is not willing to put boots on the ground in Ukraine?

White’s essay contains other challenging arguments. The prospect of a Chinese military base on the Solomon Islands? White is remarkably sanguine, saying it is less of a threat to Australia than many assume. The much-hyped Quad grouping between the US, Australia, Japan and India? White argues the Quad holds meetings that result in grandiose commitments but never delivers anything concrete.

What about the AUKUS pact, embraced by the Coalition and Labor as a landmark agreement that will help keep Australia safe? White regards it as a colossal folly, in terms of both defence procurement and geopolitical strategy. He says the mooted eight nuclear submarines, expected to be delivered around 2040, will take too long to arrive and will be too few to make much of a difference in a war with China. AUKUS, he says, is tying Australia closer to America when it should be pursuing a more nimble, independent foreign policy.

There is much to question – and even vehemently oppose – in White’s essay. He is vituperative in his criticisms of Canberra and Washington policymakers, but applies little scrutiny to the competence of officials in Beijing. He regards China’s rise as unstoppable, ignoring the possibility that its trajectory could be upended by a Chinese economic downturn or major strategic miscalculation.

More hawkish foreign policy experts will undoubtedly pick apart White’s arguments. But they should engage with them seriously. So should Australia’s political leaders. Foreign policy bipartisanship can be a good thing, but not when it degenerates into unthinking conformity.

We need heretics, even if they make us uncomfortable. At the very least, they challenge our assumptions and sharpen our thinking. Some of their unpopular ideas might even turn out to be astute. What we consider heresy today may become conventional wisdom before too long.