Tim Cook has defended monopolies in business and also denied that Apple has a monopoly in any sector.

The Apple CEO said that companies owning huge shares of the market is not a problem as long as that position is not abused.

He also said whether firms are overstepping the mark should be decided by regulators and not CEOs.

In July it was announced the Department of Justice had opened a sweeping antitrust investigation of big technology companies to look at whether their online platforms have hurt competition, suppressed innovation or otherwise harmed consumers.

Cook told the Nikkei Asian Review: ‘A monopoly by itself isn’t bad if it’s not abused.

‘The question for those companies is, do they abuse it? And that is for regulators to decide, not for me to decide.’ 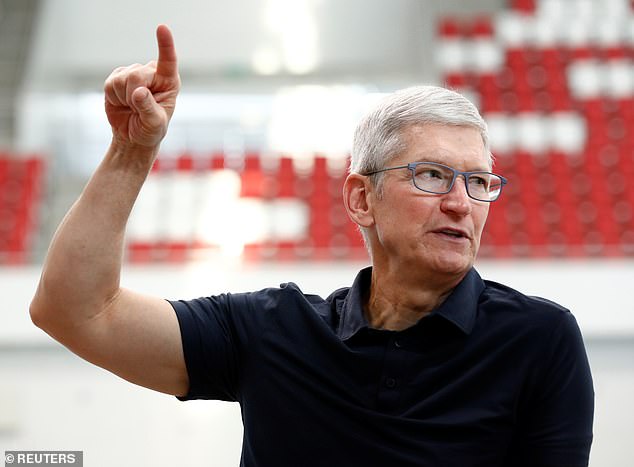 Apple’s CEO Tim Cook in Singapore today. He has claimed Apple does not have a monopoly in any market at the same time as defending companies have large market shares 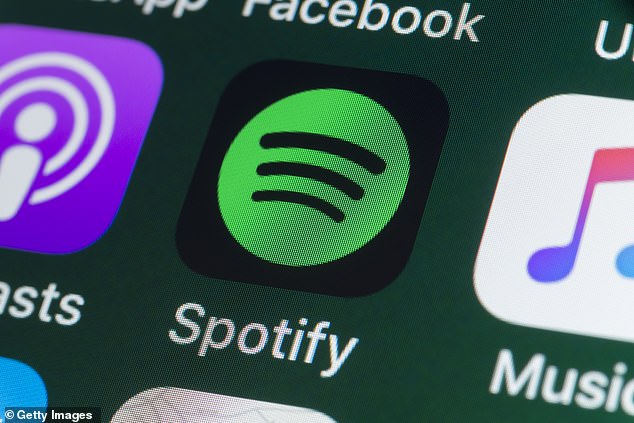 Investigations of the big tech platforms – Facebook Inc, Alphabet Inc’s Google, Amazon.com Inc and Apple Inc – are expected to be completed next year.

The move came as a growing number of lawmakers called for stricter regulation or even breaking up of the big tech companies, which have come under intense scrutiny following a series of scandals that compromised users’ privacy.

US lawmakers involved in the giant antitrust probe into Silicon Calley tech giants warned of their concerns that Apple is using privacy protection as a smokescreen for ‘anti-competitive conduct’.

Before the announced changes, app developers could request background tracking permission from users, which is critical for apps that require location services to work, such as Bluetooth apps that help you find your keys like Tile and Trackr.

Critics point to the fact that these applications will essentially no longer be able to function as intended due to the proposed privacy changes.

However, Apple’s own tracking features, which are notoriously difficult to opt out of, aren’t affected by the change, leading to accusations Apple is trying to hinder third-party developers. 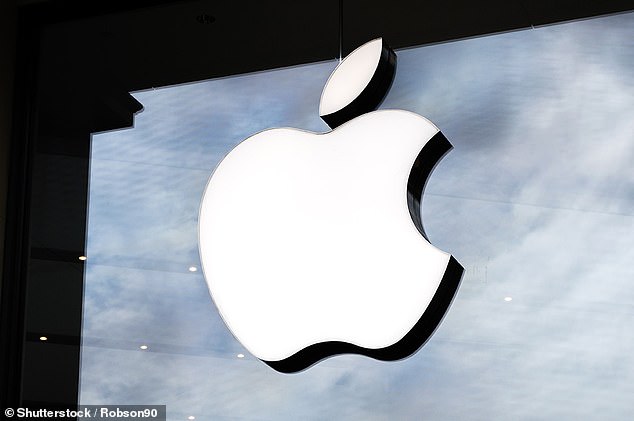 One specific accusation came from music-streaming service Spotify, which filed a legal complaint with the European Commission in March accusing Apple of anti-competitive behavior.

Spotify was unhappy with a 30 per cent fee that Apple charges on App Store subscriptions, arguing Spotify would have to raise its prices to account for the levy.

But Cook denied the company was a monopoly and added that their existence are not necessarily a bad thing.

Cook also said Apple was committed to boosting manufacturing in the US.

He added: ‘We’ve created well over 2 million jobs in the US. The glass on this iPhone is made by Corning in Kentucky. Several of the semiconductors in the iPhone are made in the United States.

‘There’s enormous manufacturing happening in the US, just not the assembly of the final product.’

Earlier this week when disusing the DOJ probe, Attorney General William Barr cited his previous work for Verizon Communications, in arguing that big companies provided some benefits to consumers, particularly in telecommunications.

He said: ‘Big is not bad. I think in certain network industries you can be too Balkanized and no one has the scale necessary for the kind of innovation that we’re seeing.’

Apple spokesperson Trudy Muller claims the company is working with developers to address these concerns of seven app developers who wrote to Cook in August.