Cambridge-educated anti-vaxx solicitor, 58, recorded video saying Covid ‘is nothing to be afraid of’ and explaining why he is still against the vaccine – nine days before dying from the disease

A Cambridge University graduate recorded himself downplaying his Covid symptoms and telling viewers the disease was not to be feared days before the virus claimed his life.

Solicitor Leslie Lawrenson, 58, died at his home in Bournemouth, Dorset, just nine days after releasing footage to Facebook explaining why Covid-19 was ‘nothing to be afraid of’.

Leslie had no underlying health conditions and had previously refused his vaccine because he believed he ‘did not need it’ and instead placed his faith in his immune system.

Wanting to record ‘the realities’ of having the virus for ‘99,9% of us’, anti-vaxxer Leslie took to social media to share two vlog posts earlier this summer.

With intermittent coughing breaking up his monologue, he explains his symptoms and describes them as ‘no worse than a cold’.

He later criticises the Government’s approach to Covid-19 restrictions, saying ‘these are things we have to suffer, it’s part of living’, before urging viewers to ‘trust’ their immune systems over vaccines. 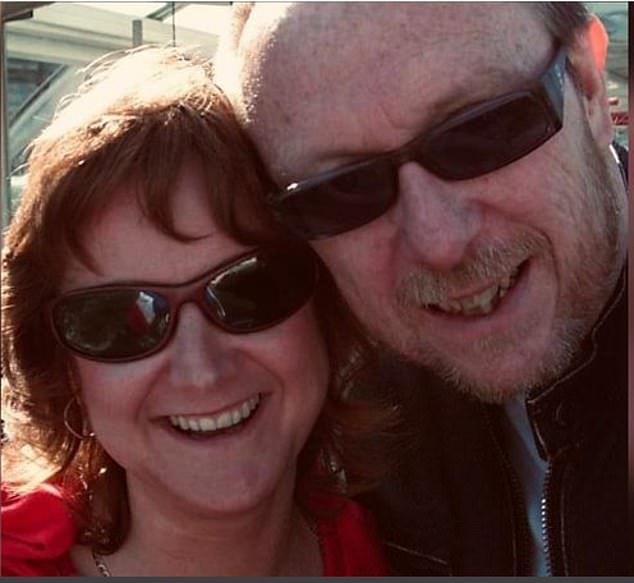 Solicitor Leslie Lawrenson, 58 (right), died at his home in Bournemouth, Dorset, just nine days after releasing footage to Facebook explaining why Covid-19 was ‘nothing to be afraid of’

In the videos shared to his Facebook feed, Leslie describes having a ‘very high temperature, aches, pains and shivers’ at around 11pm on June 24.

Comparing his symptoms to a bad cold, he says he ‘doesn’t feel too bad’ and that if he is diagnosed with Covid-19 he will ‘gladly take it’.

He tells viewers he wants to get ‘antibodies and natural immunity in my blood’ rather than receive a vaccine. 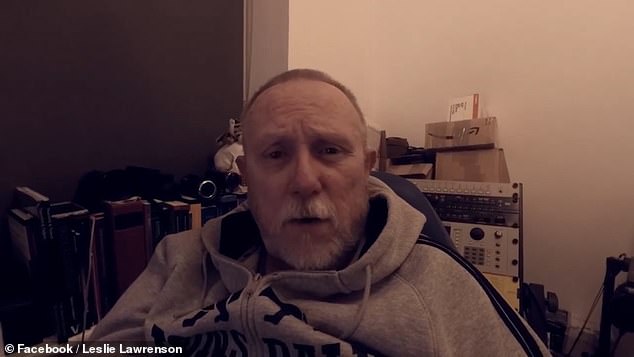 In the vlog, Leslie compares his symptoms to a bad cold, says he ‘doesn’t feel too bad’ and that if he is diagnosed with Covid-19 he will ‘gladly take it’ 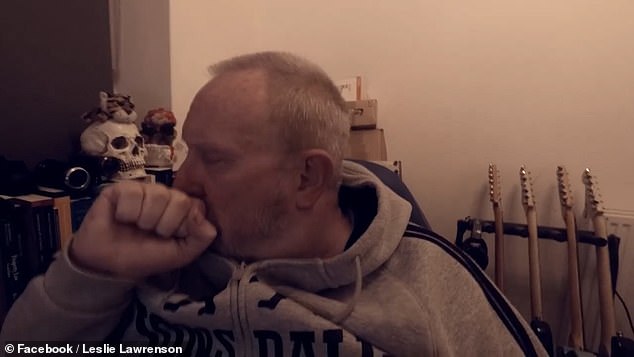 With intermittent coughing breaking up his monologue (above), he describes his symptoms and says they are ‘no worse than a cold’

‘I hope I’ve got it. I hope it is Covid. I’d rather the antibodies than the jabs.’

On the same day Leslie died, his partner Amanda Mitchell, 56, who has diabetes and was also suffering with Covid, was admitted to hospital with pneumonia – she was also unvaccinated. 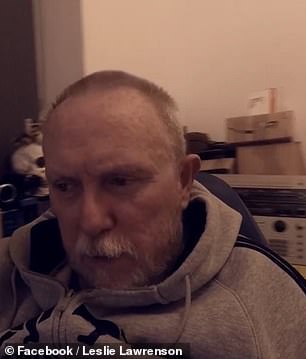 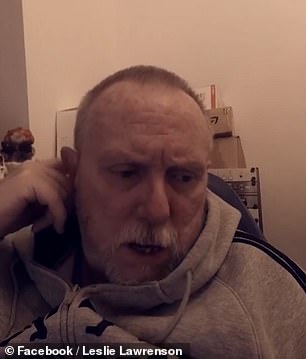 Nine days after recording this footage, solicitor Leslie Lawrenson was found dead in his home

Reacting to his death, she said: ‘I feel incredibly foolish. Les died unnecessarily.

‘Les made a terrible mistake and he’s paid the ultimate price for that.’

Ms Mitchell said her partner, a Cambridge University graduate, decided against having a coronavirus jab after reading material on social media.

She said: ‘It was a daily thing that he said to us: “You don’t need to have it, you’ll be fine, just be careful.”

‘Les was highly educated… so if he told me something, I tended to believe it.’

Ms Mitchell, who has diabetes and hypertension, said her partner appeared to be recovering from Covid-related pneumonia while she became seriously ill.

She said paramedics who attended her at home on July 2 were called back 10 minutes later when her 19-year-old son found Mr Lawrenson dead in bed. 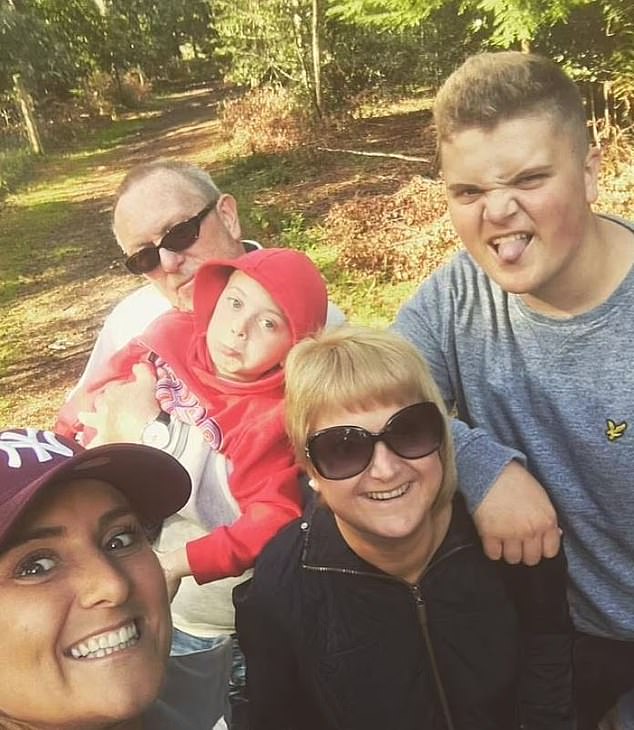 Amanda Mitchell, 56, (middle) was hospitalised after catching Covid and said Les (pictured at the back) made a ‘terrible mistake’ and paid ‘the ultimate price’

Ms Mitchell was admitted to hospital the same day that Leslie was found dead and spent a week on a Covid ward.

She said she felt foolish for putting her daughter and older son at risk when they came to help to care for the couple’s 11-year-old son.

Daughter Carla Hodges, 35, said: ‘Leslie was so brainwashed by the stuff that he was seeing on YouTube and social media.

‘He said: ‘A lot of people will die more from having the vaccine than getting Covid.”

Ms Mitchell said she would be having the vaccine as soon as doctors declared her fit enough.