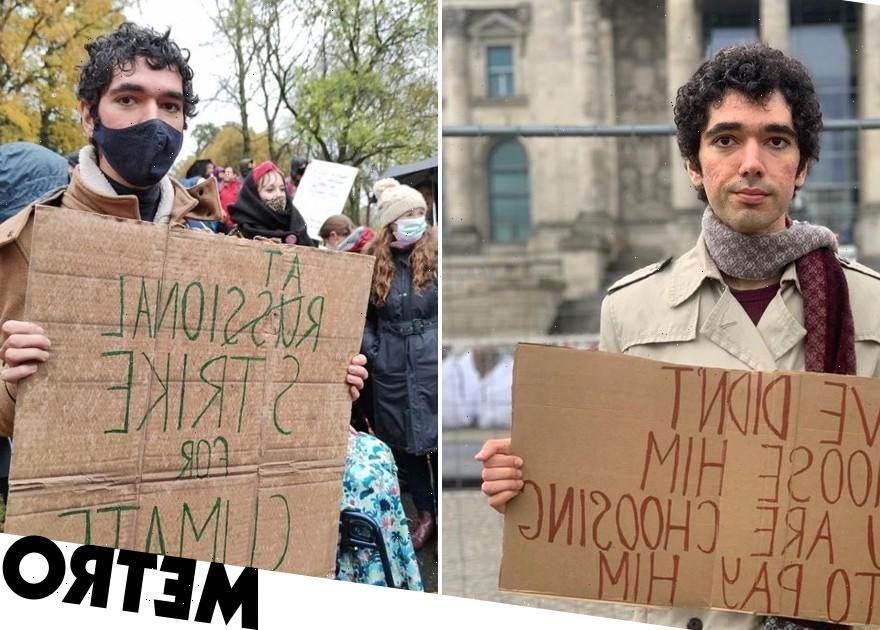 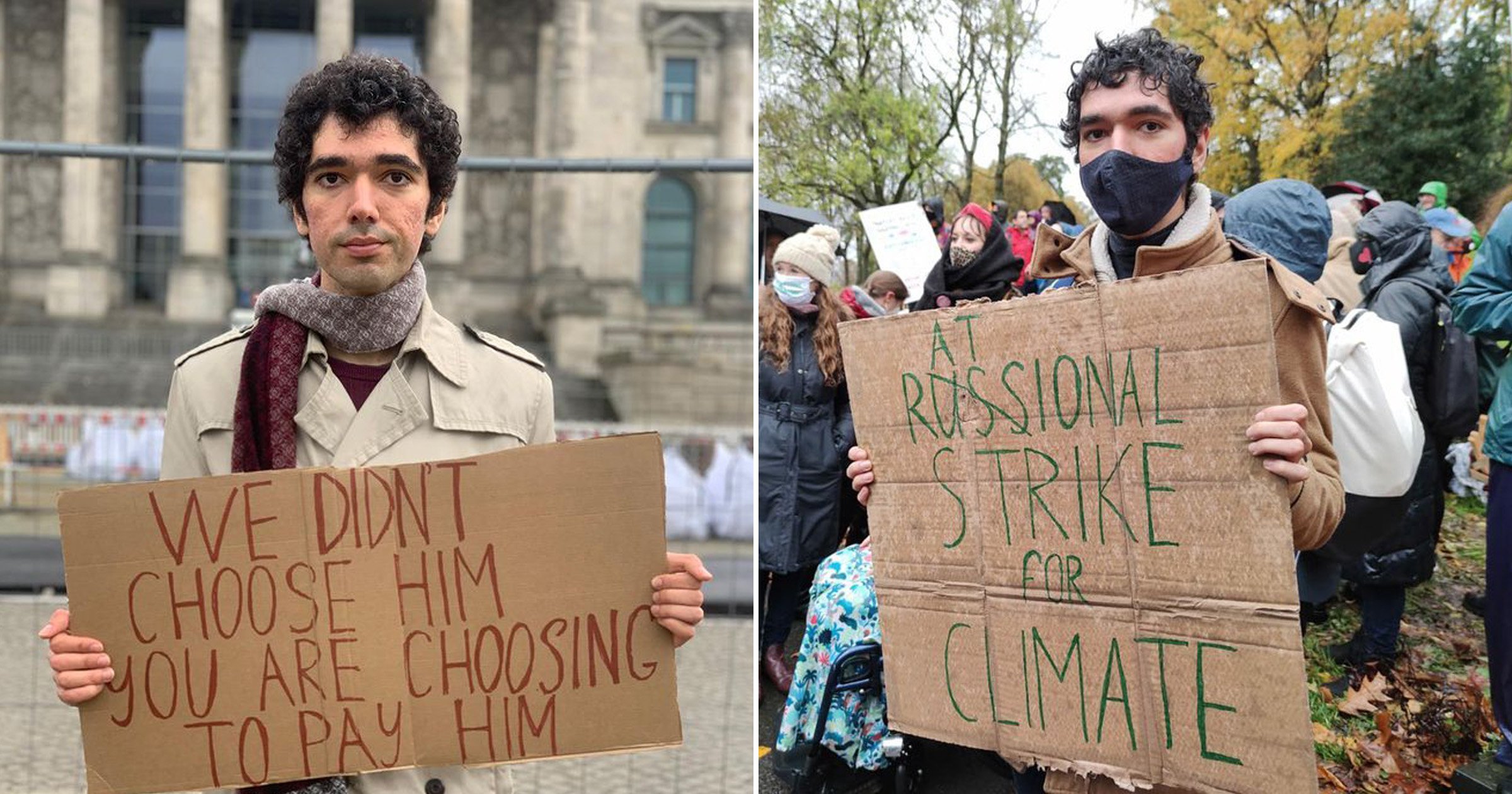 A Russian climate campaigner who fled Moscow fearing for his safety has spoken out about the scale of repression in his homeland.

Arshak Makichyan felt it was too dangerous to stay in his own country with his wife Polina Oleinikova, who he fears Vladimir Putin’s forces could have targeted and tortured.

Now turning his attention to opposing the war in Ukraine, the young activist – who came to prominence for Greta Thunberg-esque environmental work – says Putin’s cronies want the Russian people to ‘feel terror’.

But Arshak believes the majority of Russians oppose the war – apart from those who are ‘stupid’ or ‘brainwashed’.

The 27-year-old also suggested people in the western world do not understand how hard it is to oppose a regime he now describes as a dictatorship – and says many activists fear being imprisoned or raped.

Arshak says the war ‘cancelled’ all his eco work, but is now focussing his campaigning on pushing through an embargo on Russian fossil fuels, in a bid to end the conflict.

Having been detained and spied on himself, he is unsure when he will return to Russia – and admits he and his wife are questioning whether it would be ‘stupid’ to do so.

Speaking exclusively to Metro.co.uk from Berlin, he explained: ‘You can be raped, they can torture you, they can kill you, put pressure on your family, they can do anything.

‘The worst thing could be they can arrest my wife… they were torturing people in Russia before this war and now it’s going to be worse because now we live in a dictatorship – they want people not to be afraid, they want people to (feel) terror.’

He continued: ‘Before this war we had this knowledge that if you are arrested most likely you won’t be tortured, because you are a public person or whatever.

‘Now it is not working like that – they can torture you, they can they can kill you and everything can happen because the situation is completely different.’

Arshak – who considers himself a climate activist first and says his work as a social media manager is ‘just for a living’ – enjoys playing the violin in his spare time.

But now he finds himself worrying about loved ones in Russia and says some friends have been arrested and detained for days just for putting up stickers or posting ‘no to war’ hashtags on social media.

He believes repression in the country is not necessarily widespread, but adds: ‘It’s frustrating, because you feel that they are stronger than you because they can do whatever they want to you.’

Arshak recalls being detained ‘several times’ and faces a number of cases against him.

‘A month before this war we went to Tbilisi in Georgia, and there was surveillances on us’, he explains.

‘It was very strange to have surveillance… I’m not (opposition leader Alexei) Navalny, I’m not that popular in Russia, but there surveillance even on us… we are just grassroots activists.’

He says going to prison is not particularly useful to the cause but most of the tools used by activist before the war, like social media, are now being shut down.

Originally from Armenia, Arshak staged solo climate strikes in Moscow for weeks in 2019.

But after the invasion of Ukraine, he scribbled anti-war slogans on climate stickers and later ended up arrested.

Fearing the worst, he fled to the German capital.

Asked what western people can do to help, he suggests donating to independent media (perhaps through cryptocurrency) and sharing knowledge about resistance with people in Russia.

‘It’s not that easy to fight’, he explains.

‘People in Europe, they don’t understand how it feels to live in a dictatorship, they don’t have this experience to fight an authoritarian regime.

‘When you’re going to trial and you didn’t do anything wrong but they say there is no reason not to believe the police… You can be arrested for a year or for 10 years and you don’t have the tools to defend yourself.

‘It’s a completely different situation (in Europe and the USA)… activists in Russia they are being marginalised… so I think people in the world shouldn’t give advice to Russian civil society, they just need to support them in any way possible.’

Putin has previously called pro-western Russians ‘scum and traitors’ – an insult Arshak flips back at his President.

He also fears it is ‘possible’ that Putin could launch a nuclear strike, but is hopeful that an embargo on all Russian fossil fuels could bring about an end to the war.

‘It is a win-win situation for everything – for climate, for stopping the war, for Europe’, he argues.

‘If they stopped buying fossil fuels from Russia, the just transition (to net zero) will go faster, and Europe will be more independent from fossil fuels, which is good for everyone.’