A union has accused ambulance bosses of telling paramedics not to take up an offer to have the coronavirus vaccine.

But anger arose when South East Coast Ambulance Service (SECAMB) allegedly forbid staff from getting the jab, despite the vaccine potentially going to waste if not used up. 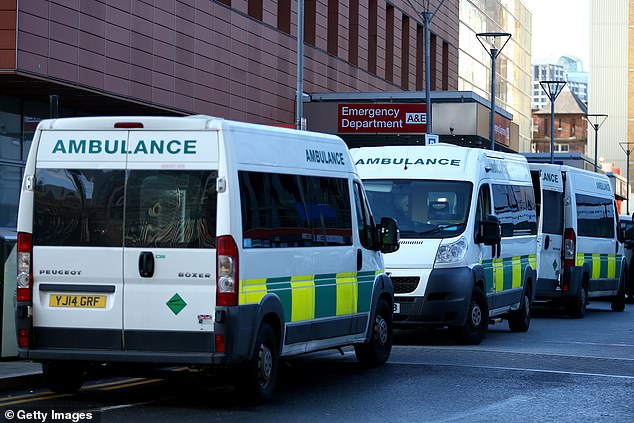 SECAMB management said that staff should not access the vaccine in this way and they will be informed when it is being rolled out to them.

The post read: ‘We’ve been made aware of an offer of staff to drop in for their covid-19 vaccine at a hospital site in our region.

‘We appreciate the offer was made in good faith but we have protocols to follow in this regard. We would ask that staff do not do this. 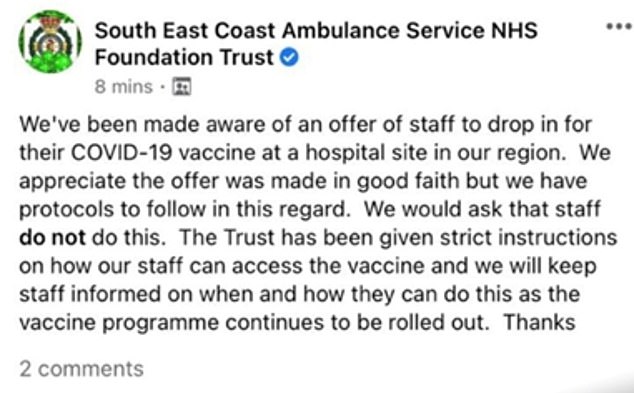 ‘The trust has been given strict instructions on how our staff can access the vaccine and we will keep staff informed on when and how they can do this as the vaccine programme continues to be rolled out.’

GMB said: ‘To forbid its staff and individuals who have risked their lives all year to save the lives of others from accessing life-saving vaccines from is nothing short of potentially a criminal act.’

The ambulance trust, which serves Brighton and Hove, said that hundreds of staff had already been vaccinated.

According to Brighton and Hove News, they said priority was given to the most clinically vulnerable and those on the front line.

GMB said that it had been ‘flooded with complaints’ about the way the internal politics of the NHS was preventing staff from having the earliest possible protection.

GMB regional organiser Gary Palmer said he was ‘shocked’ when he found out about ‘vital doses going to waste’.

He said: ‘Instead of giving the trust a round of applause for being proactive and using the doses up, they’re telling ambulance drivers they’re not important enough.’ 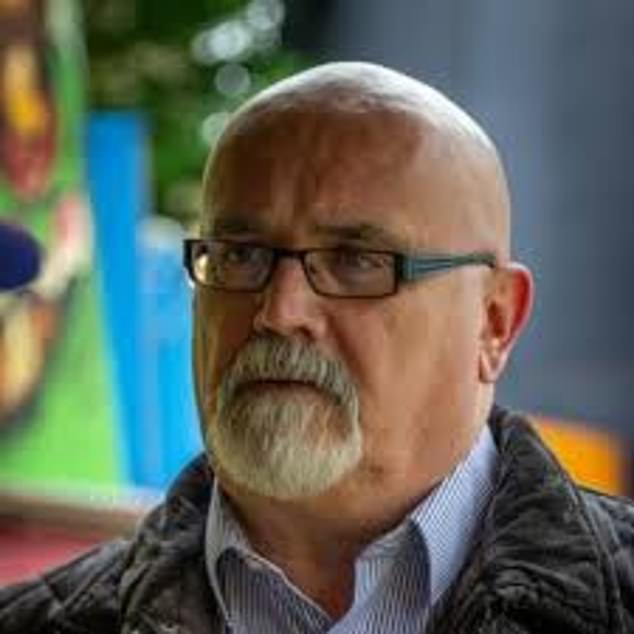 He called the decision a ‘blatant abandonment of those in the front line’ who have ‘put their lives at risk all year’.

He said: ‘It’s nothing short of a criminal act.

‘The GMB union and its members will be demanding an explanation as a result of this blatant abandonment of its own employees.’

Mr Palmer added that it is believed the vaccines supply was ‘surplus for the day’ and staff had been asked if they wanted the jab to ‘prevent wasting a number of doses’.

He said: ‘To the horror of ambulance staff, some who had travelled almost 100 miles to access this treatment, they were met by a Secamb manager who had been instructed to turn the staff away at the door.

‘It is already a national disgrace that ambulance staff will be at the back of the queue for vaccines but this is another level.

‘GMB Secamb Branch officials have been today proactively seeking to challenge the managers and directly with the Chief Executive Officer, Philip Astle.

‘And whilst the SECAmb management team we believe have now claimed this was an error, too much effort was placed by the trust upon preventing and blocking staff for that to be clearly true, as a result of this appalling decision, lives may well be lost.