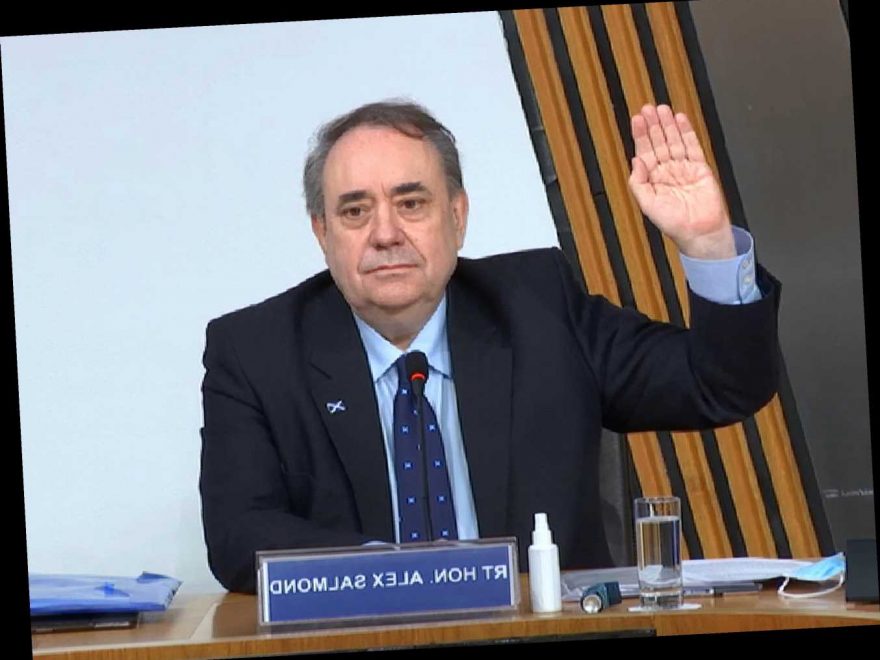 ALEX Salmond has described the Scottish Government’s investigation into him as an “abject, total, complete disaster”.

The former First Minister is currently giving evidence to a Scottish Parliament committee probing the government's botched investigation into harassment claims about him in 2018.

Mr Salmond – who successfully challenged the ScotGov probe at the Court of Session – also claimed Scotland had been "failed" by its leaders, suggesting they are not fit to deliver independence.

Earlier, he claimed there has been “calculated and deliberate suppression of key evidence” to a Scottish Parliamentary committee.

The former SNP chief is laying out his evidence in person and attempting to persuade the committee – and the nation – that there was a plot against him.

Nicola Sturgeon is expected to give evidence at the Holyrood inquiry next Wednesday in the final evidence session of the inquiry before it finishes its report.

The inquiry started at 12:30pm this afternoon from Holyrood – you can watch it live in the video above orhere.

All of the background details you need to know can be found here.

Keep up with latest news from the inquiry here.