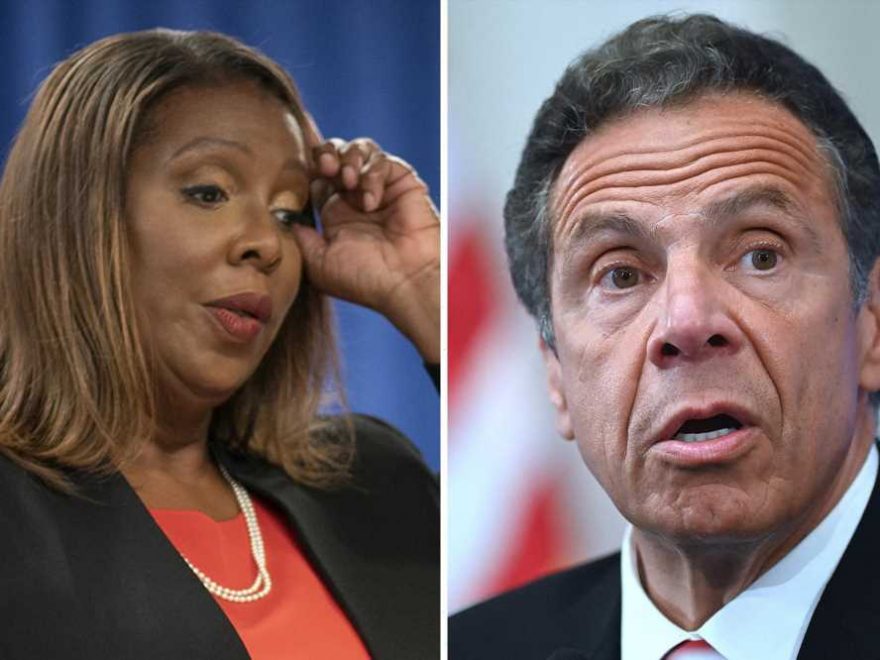 Hear it: Cuomo sings cringe-inducing ‘Do You Love Me?’ to accuser Charlotte Bennett

“We will be formally requesting investigative material obtained by the AG’s Office, and we welcome any victim to contact our office with additional information,” Soares said in a statement.

“As this matter is developing and we are reviewing the document released by the Attorney General today, we will refrain from any additional public comment at this time regarding the status of the ongoing criminal investigation by our office,” Soares continued.

Cuomo responded later Tuesday to the report saying he “never touched anyone inappropriately,” and wouldn’t resign amid calls from lawmakers on both sides of the aisle.

James said that Cuomo’s conduct violated federal and state laws. But, she said that her office wouldn’t be bringing a case against Cuomo and instead left it up to local authorities and victims to bring charges or civil claims.

“Our work has concluded,” James said. “The document is now public. And the matter is, civil, in nature, and does not have any criminal consequences. It is my understanding.”

Anne Clark, one of the two independent lawyers hired for the investigation, said that the Albany Police Department had already been notified by Cuomo’s office about one of the most serious allegations against Cuomo that he groped a female aide in the Executive Mansion in Albany last year.

“All the information is fully documented in the report and any prosecutors and police departments can look at the evidence to determine if they want to take further action,” Clark said.

Steve Smith, a spokesman for the Albany PD said there is “no active investigation.” He noted that his office cannot initiate a case without a “credible victim” requesting further action.

“The Albany Police Department has not received any complaints and we have no active investigations,” Smith said.

James also said that she would provide the state Assembly Judiciary Committee with evidence and would “cooperate with their investigation as needed.”

The Assembly in June voted unanimously to begin issuing subpoenas for witness testimony for its impeachment investigation of Cuomo.

Clark added that any of Cuomo’s alleged victims can file civil claims against him.

Brian Premo, a lawyer for a current Cuomo aide who was allegedly groped in the Executive Mansion last year, said his client “is considering filing a federal civil rights lawsuit,” for claims of “deprivation of civil rights based on sexual harassment and retaliation.”

“The governor’s suggestion that a sexual harassment victim pursing remedies under specific provisions under state and federal law is not correct,” Premo said adding that its “both neanderthal and absurd.”

“The client stands on her statement which the Attorney General’s investigations found to be credible,” Premo said.

Mariann Wang, a lawyer who represents accusers Alyssa McGrath and Virginia Limmiatis, said her clients haven’t decided yet whether they will sue the governor.