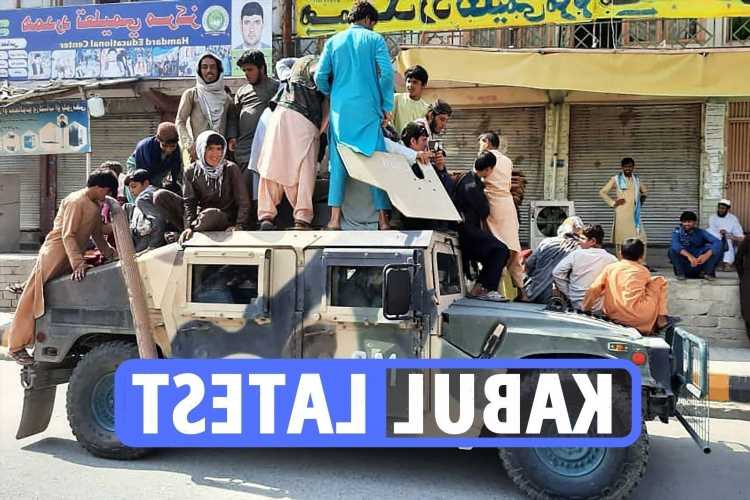 THE Taliban have begun storming Kabul from all sides, the Afghan Interior Ministry has said.

The fanatics reached Kabul after seizing Jalalabad, the last major city apart from the capital under their control

Taliban fighters have officially entered Kabul with three Afghan officials claiming militants are now present in the districts of Kalakan, Qarabagh and Paghman.

There were reports of shots fired near the Presidential palace in Kabul with the building said to be in lockdown.

The leadership of the hardline group said its fighters have been told stand at entry points in Kabul.

"No ones life, property and dignity will be harmed and the lives of the citizens of Kabul will not be at risk," the Taliban said.

Read our Afghanistan live blog below for the latest news & updates…