Protesters scrawled ‘Protect Amazon Workers’ in giant red, yellow and white paint in the middle of a street, with the hashtag ‘#ForUsNotAmazon’ alongside.

The huge graffiti, which stretched across the width of the road, depicted Amazon employees wearing protective face masks.

It took around an hour to create the mural on Wednesday that called for workers at the online retailer to receive more personal protective equipment (PPE). 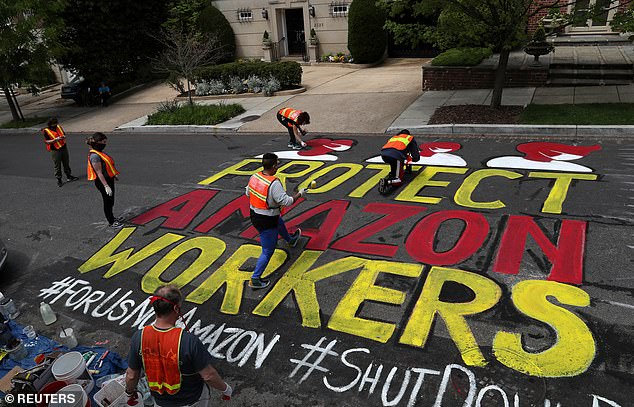 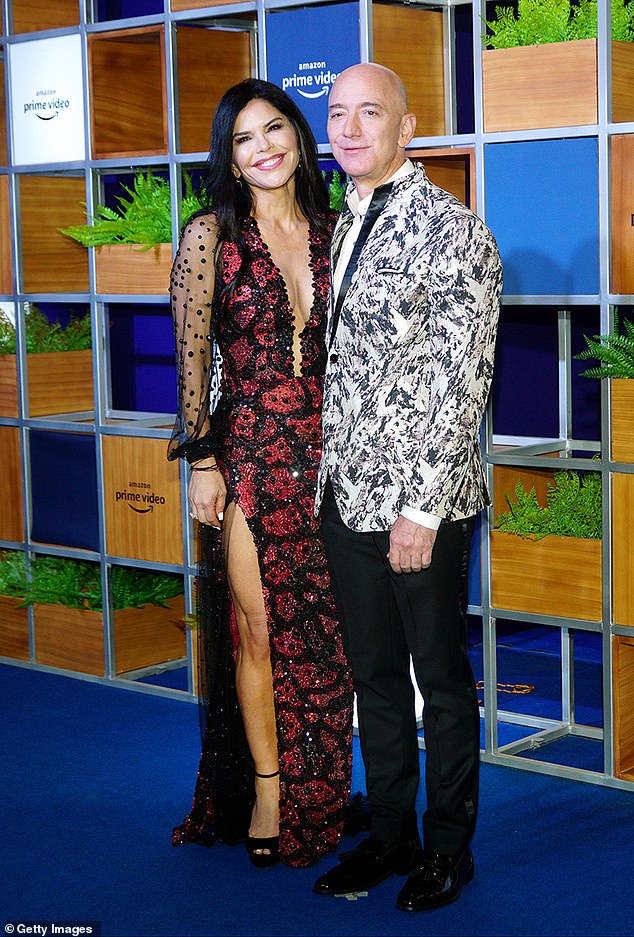 Lauren Sanchez and Amazon founder and CEO, Jeff Bezos, at the Amazon Prime Video celebration in Mumbai, India, in January 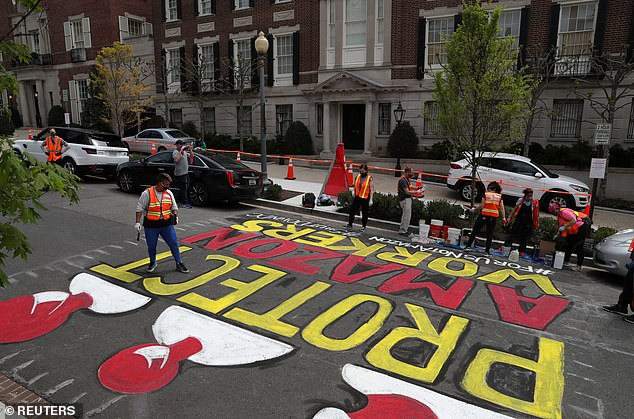 Police were reportedly at the scene, but kept their distance from the group of nine demonstrators, said to be from the Shutdown DC climate movement and Virginia immigrant rights group La ColectiVA.

It is not known if Bezos or Sanchez were at the residence at the time, but a Washington Post reporter tweeted that there was ‘no movement’ seen from his home.

On Tuesday it emerged workers at Amazon, Instacart, Whole Foods, Walmart, Target and FedEx are seeking better health and safety standards as well as hazard pay for working during the pandemic.

They are planning a joint walkout to protest companies that they say have disregarded the health and safety of essential workers while earning record profits.

According to the latest figures, no company’s stock market value has benefited more from the pandemic than Amazon’s. 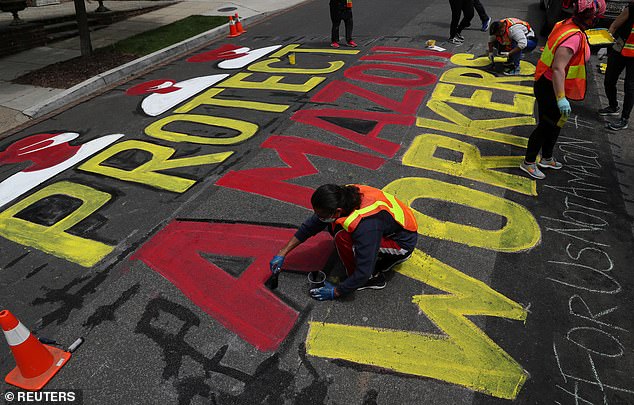 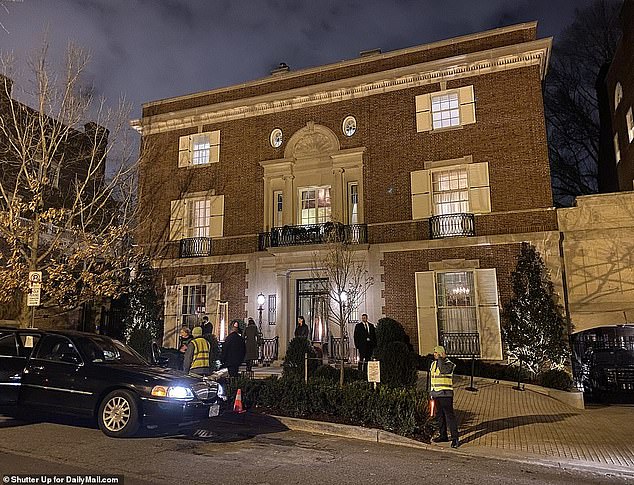 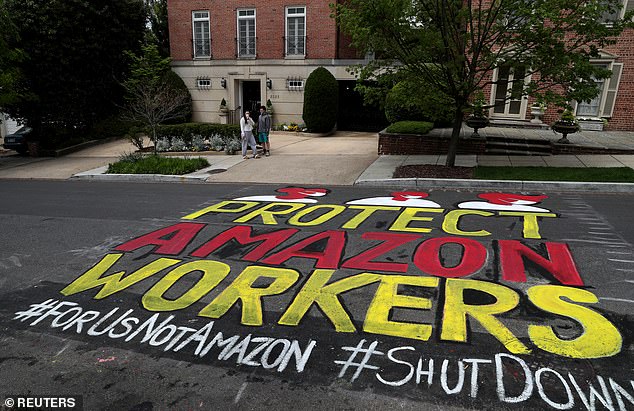 The online retailer and cloud computing heavyweight’s market capitalization has ballooned by over $90 billion to record highs since mid-February, adding $5 billion to the fortune of the founder and CEO.

The combined wealth of America’s billionaires, including Bezos and Tesla chief Elon Musk, increased nearly 10 per cent during the ongoing crisis, according to a report published last week by the Institute for Policy Studies (IPS).

According to the IPS report, eight billionaires including Bezos, saw a $1billion jump in their total net worth.

Since the emergence of the virus, Amazon has seen a rising count of warehouse workers confirmed infected with the disease, with at least 153 cases across at least 130 warehouses worldwide.

Earlier this month it was reported Amazon fired three more employees who spoke out over the company’s pandemic working conditions. There were also threats of a string of walkouts over the lack of virus precautions across the US, as well as in the UK, Spain, Italy and France. 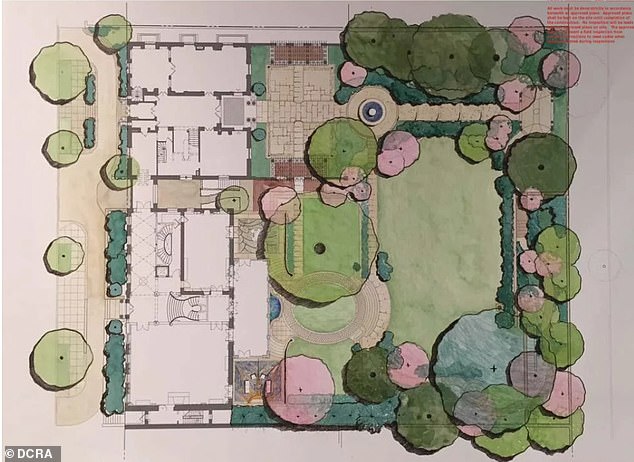 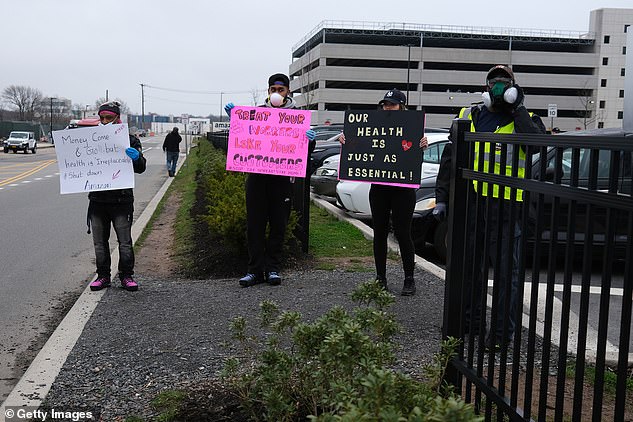 Bashir Mohamed was let go from the Minnesota plant where he had worked for three years and designers Emily Cunningham and Maren Costa, both critics of the online retail giant’s working conditions in the wake of the virus pandemic, were also fired.

The terminations came just two weeks after the company fired another employee, Christian Smalls, for raising health and safety concerns for people laboring through the outbreak.

New York Attorney General Letitia James, whose office wrote in a letter to Amazon last week, said the company may have violated safety measures and labor practices amid the pandemic by firing the warehouse protest leader last month.

In March, New York City Mayor Bill de Blasio said he ordered the city’s human rights commission to open an investigation into the dismissal of Smalls.

The majority of workers at Amazon’s Seattle HQ are now working from home, but hourly contractors like receptionists, janitors, and security staff have had to still report for work at the headquarters. Some workers signed a petition to have the building close.

In March a walkout was held at the company’s Staten Island facility with up to 50 workers striking.

The company has attempted to address concerns raised by employees, such as a pledge to increase facility cleaning protocols and enforce social distancing for those who cannot work from home.