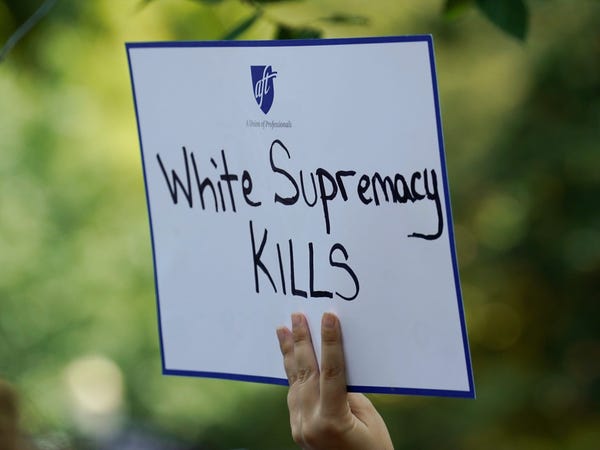 Federal prosecutors in Alaska have announced additional charges against members of a white supremacist gang charged in the kidnapping and death of one of their former members.

On Wednesday, the prosecutors said they were bringing additional charges for kidnapping and assault for several of the gang members. Eighteen members of the gang, called the 1488s, were initially indicted in 2019 on murder, kidnapping, and assault charges. The new indictment names two new gang members who were not a part of the original indictment.

The new set of charges are against seven members of the gang: Filthy Fuhrer (his real name, changed from "Timothy Lobdell" in 2017, and nicknamed "F— Face" by other gang members), Roy Naughton, Glen Baldwin, Colter O'Dell, Craig King, Justin Eaton, and Felicia King.

In the new indictment, prosecutors say that the group kidnapped, beat, and then murdered Michael Staton, nicknamed "Steak Knife" by the gang. Accusing their fellow 1488 member of stealing items from the King household, the other members of the group tied him up, forcibly removed a Nazi tattoo indicating he was a member, and then killed him, prosecutors say.

Prosecutors also say the group beat and forcibly removed a tattoo from another member, named Jermiah Johnson, believing he had cooperated with law enforcement. After beating Johnson, they threatened to post about his "snitching" on Facebook if he told anyone, the indictment says. The indictment also says the 1488 members forcibly removed a tattoo from another ex-member, named Jeremy Smith.

Lawyers for the 1488 members named in the indictment didn't immediately respond to Insider's request for comment.

The group's name, 1488, is an Anti-Defamation League-designated hate symbol that refers to white supremacist slogans. Members of the group "often had tattoos incorporating one or more Nazi-style symbols including, but not limited to: the Iron Cross, the Swastika, and Schutzstaffel ('SS') lightning bolts," according to the prosecutors.

The indictment cites four un-indicted co-conspirators, indicating that members of the gang ultimately worked with law enforcement to help bring the charges.