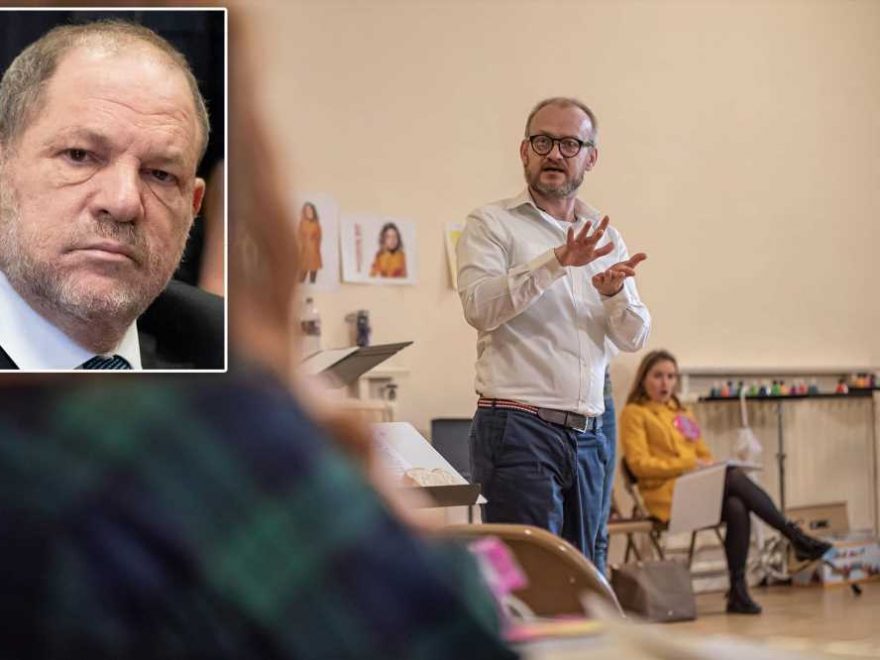 Who to look out for as movies make their comeback

An opera about the Manhattan trial of Harvey Weinstein is currently in production in Northern Ireland, and may be coming to New York City, its creator tells The Post.

“There are conversations about taking it somewhere off the beaten track in New York, but it is very early days still,” Conor Mitchell, director of the Belfast Ensemble, which is staging the opera, told The Post. “I think New York City would be its natural home.”

For now, Mitchell, 43, says his plan is to get “The Trial of Harvey Weinstein: An Opera,” up and running in time for the Belfast International Arts Festival in October. Rehearsals are scheduled to begin in September.

“Belfast is a very politicized place. There is a real tradition here of highly politically-charged subject matter in the plays,” Mitchell explained.

Mitchell, who wrote the music himself, said he will take the libretto directly from the six women who testified against Weinstein during his 2020 New York City trial. The disgraced entertainment titan was convicted of rape last year and sentenced to 23 years in prison.

The opera, which is still being conceptualized, won’t be a typical courtroom drama — and there’s no male actor playing the Weinstein role.

“In a way, I don’t care about him. I care about the effect of his actions on other people,” Mitchell said of Weinstein. “The ability of music to express that. One of the main arguments of the piece is ‘Where can music express what is not said here?’”

“It’s not a representation of court case, but a piece of art that responds to [the women’s] statements. It’s not a physical recreation of events,” he added. “I think one of the big theatrical experiments is what happens when Harvey Weinstein’s self impact statement is sung by the women who are impacted by his behavior.”

“Picture six sopranos on stage with a huge amount of multi-media,” he added. “This is about taking the words — fragments of the statements, without creating named characters, or representing a person on stage. It’s about the text becoming music.”

Large-scale operas based on current events have long been a niche area of the genre. A 2003 opera based on Jerry Springer had more than 600 performances in London, while John Adams’ epic 1987 work “Nixon in China,” has been performed in Europe and North America.

Mitchell wrote a 2019 opera, “Abomination,” which delved into homophobia in local Northern Ireland politics. The Guardian called it “clear-eyed, redemptive and entertaining.”

The idea for a Weinstein opera was not panned outright by Weinstein victims and their advocates.

“I 100 percent would see this, because as a survivor of Harvey Weinstein — I would want to both prepare myself for more potential trauma and make a formal opinion on the production based on facts,” Hayley Gripp, who accused Weinstein of trying to rape her, told The Post.

Attorney Gloria Allred, who represented three of the witnesses who testified in Weinstein’s criminal case, is on board too — if the women whose testimony would be used grant their permission.

“If they do obtain the consent of the victims whom they plan to portray, then I am supportive of such an opera if it portrays the pain, the anguish, and the psychological harm that a victim has suffered as a result of being sexually assaulted by Harvey Weinstein,” she said.

Team Weinstein, however, said the piece may wind up with an addendum.

“Well, they may have to produce a second act based on my client’s appeal as to whether his trial was a fair one,” his attorney Imran H. Ansari told The Post.