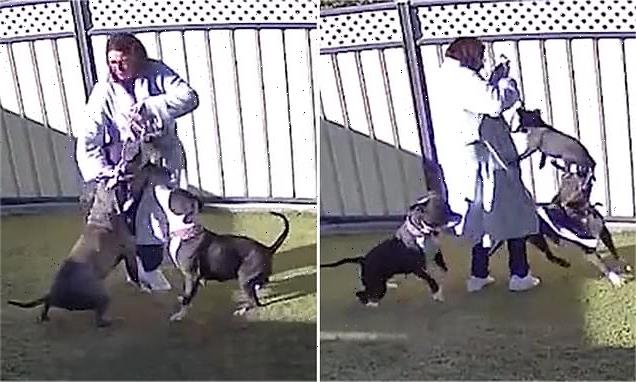 A horrifying video has emerged of a 15-week-old puppy being attacked by two dogs as the owner frantically tried to fight them off.

The shocking vision was captured on CCTV in Logan, Queensland, on Wednesday afternoon, which shows the woman trying to lift her puppy up and away from the jaws of two loose dogs attacking it in her yard.

She can be heard screaming at the dogs and calling out for help.

Near the end of the short video, a man can be seen running over to help the woman out.

The video was posted to the Logan Community Facebook page on Thursday.

‘My 15 week old puppy being attacked by 2 loose staffys in our own garden this afternoon,’ the puppy’s owner commented on the video.

‘The dogs pictures will go in comments … I won’t stop till they’re found.’ 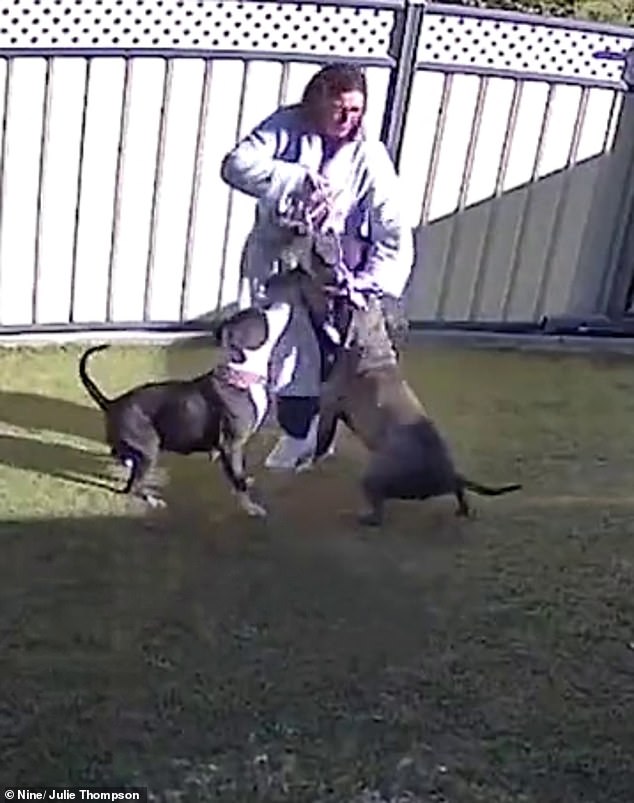 The video received a strong reaction online with people supporting the puppy owner and questioning why the dogs were out.

‘Horrific to say the least. Traumatic for you both. Hope you both mend emotionally and physically soon as possible,’ one woman said.

‘Tears are running down my face, how awful for this little dog and it’s owner…they will never be the same,’ another woman said.

‘Dam irresponsible staffy owners, those dogs should have been behind their own fence.’ 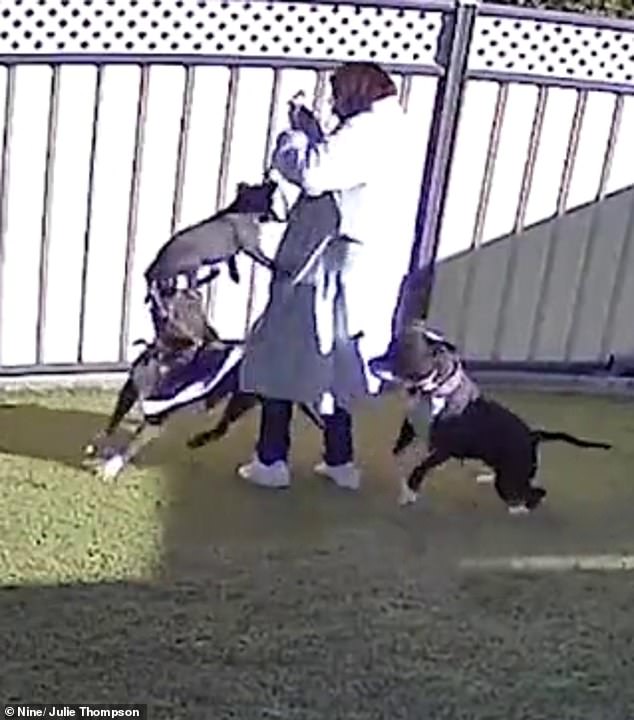 The woman added: ‘Our dear doggie was attacked by one of these when we walking her on her leash, my husband picked her up when we saw the dog loose but it jumped and [was] torn her out of his arms. He ended up with stitches.

‘Irresponsible owner left the gate open. Our little girl was so badly hurt we had to put her to sleep…I cannot get over It.’

Another person recounted her cat being mauled by two dogs at her front door step.

‘It still affects me to the point of breaking down to this day if something triggers me to think about it.’