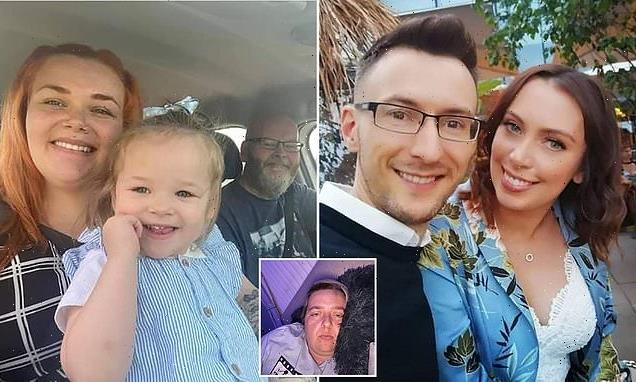 Home alone with Covid this Christmas: The warehouse worker, upset grandmother and self-employed beauty therapist who are among 900,000 isolating at home after testing positive for coronavirus

Over 900,000 people are spending their Christmas in isolation this year after testing positive for coronavirus.

As the number of Covid-19 cases continues to soar, hundreds of thousands of Brits have had to shelf their festive plans to see loved ones in the country’s second Christmas in the shadow of the pandemic.

Warehouse worker Leslie Choudhary, 47, from Brinnington in Stockport, is one of those who will be self-isolating away from his wife, daughter Hayley, and grandchildren.

He said: ‘For me, Christmas is cancelled. It’s horrible.

‘My daughter has moved into a new house and we were going to see her. She was all excited for that.

‘I have a two-and-a-half-year-old granddaughter and it would have been the first Christmas where she knew what was happening.

‘When they are young, these are the things you want to remember.’ 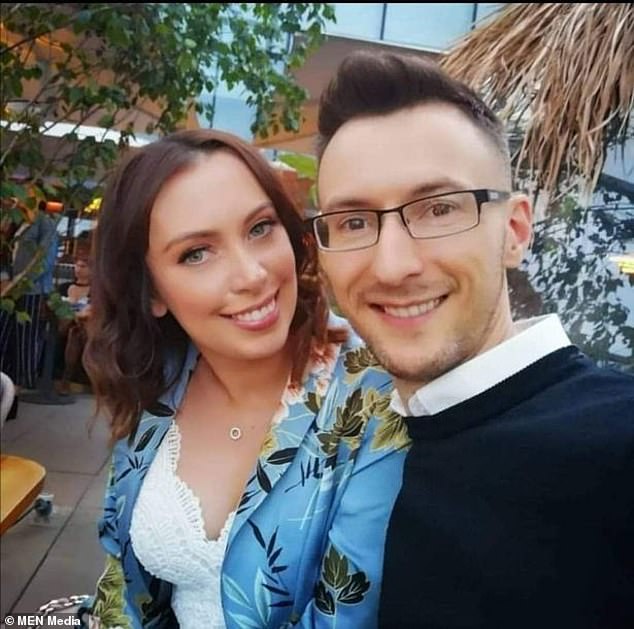 Self-employed beauty therapist Emma Syddall, 29, from Bolton, was due to spend Christmas Day with her family before testing positive for Covid. Pictured with her boyfriend James, 29

Mr Choudhary says he has now come to terms with the fact he will be spending Christmas alone.

However, he has decided to isolate away from his wife, who does not have the virus, so that she can still celebrate with their loved ones.

‘I will just stay in my room so she can enjoy some of it,’ he said.

‘I’ll be spending Christmas watching rubbish telly and eating chocolate. The only way I’m going to speak to anyone is over video call.

‘I like my own company, to be fair. It’s more of a struggle for my partner with the solitude and not speaking to anyone.’

Stacey Roberts, 41, from Rochdale, has also had to ‘cancel everything’ after testing positive for the virus last weekend.

‘We were going to have family over but we’ve had to tell them no,’ she said.

‘I bought everything in for Christmas dinner, but I can’t do it now. It’s just me, my husband and the three kids.

‘They won’t come anywhere near me because they don’t watch to catch it.’

‘Everyone is disappointed and have said we’ll do it on New Year’s Eve, but it’s not the same.

‘I can’t even have my granddaughter on Boxing Day.

‘All her presents are in the house but she’ll have to wait until next week.

‘It’s going to be a bit of a crap year. I wouldn’t wish it on anyone.’ 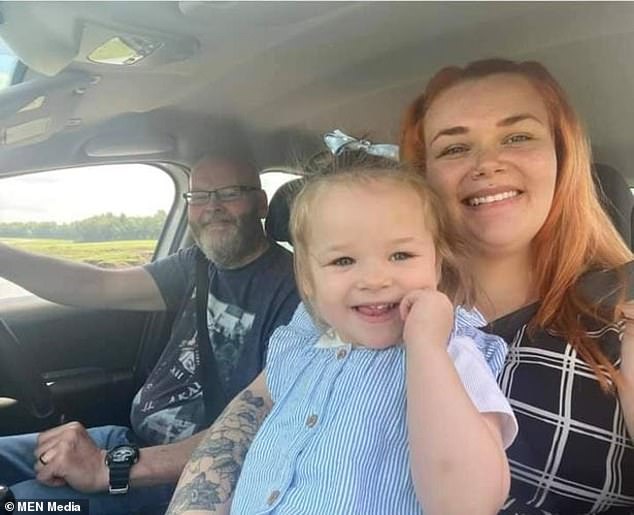 Leslie Choudhary, 47, from Brinnington in Stockport, is one of those who will be self-isolating away from his wife, pictured left, daughter, Hayley pictured right with her daughter Ivy, and grandchildren, and he said: ‘For me, Christmas is cancelled. It’s horrible.’

On a normal year, Stacey, her husband Mark and their children spend Christmas morning at her parents’ house, then heading back home to have Christmas dinner with Mark’s family.

Instead, Stacey faces a miserable festive period, waiting for her isolation period to end.

Even a scaled-down Christmas dinner is off the cards, as the virus has sapped her of energy as well as her taste and smell.

Self-employed beauty therapist Emma Syddall, 29, from Bolton, was due to spend Christmas Day with her family before testing positive for Covid.

She said that while having to tell her three-year-old nephew she could no longer make it was ‘heartbreaking’, she intends to make the most of the day anyway.

The 29-year-old and her boyfriend, James, were looking forward to their first Christmas together in their new apartment, but now they are in self-isolation until Boxing Day.

‘It’s a bit rubbish but we’re just planning on doing some video calls with family,’ she explained.

‘We will make the best of it and have a nice cosy Christmas and play some board games.

‘It’s not the original plan, but that’s out of our control.’ 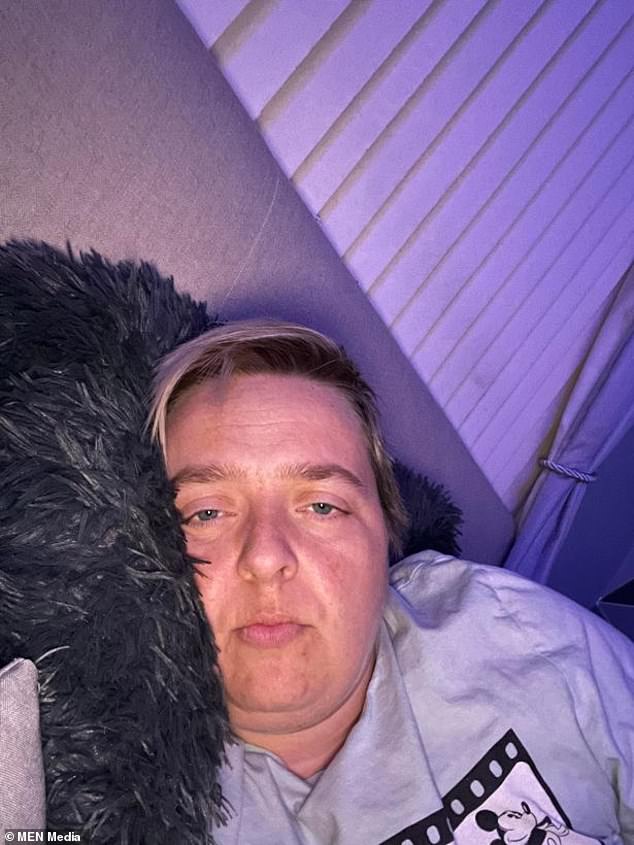 Stacey Roberts, 41, from Rochdale, has also had to ‘cancel everything’ after testing positive for the virus last weekend – and won’t even be able to taste a scaled back Christmas dinner as she has been sapped of her sense of taste and smell

Emma and her boyfriend began experiencing ‘cold-like symptoms’ last Friday so took PCR tests on Saturday, which came back positive.

She added: ‘We were disappointed.

‘I was quite stressed because I’m a self-employed beauty therapist so this week is my busiest time of the year.

‘I’ve had to cancel all my clients.

‘This is the first time either of us has tested positive.

‘We’ve managed to go 22 months without catching it and then caught it at the worst possible time.

‘The new variant is rife, so a lot of people are going to be in the same situation.’