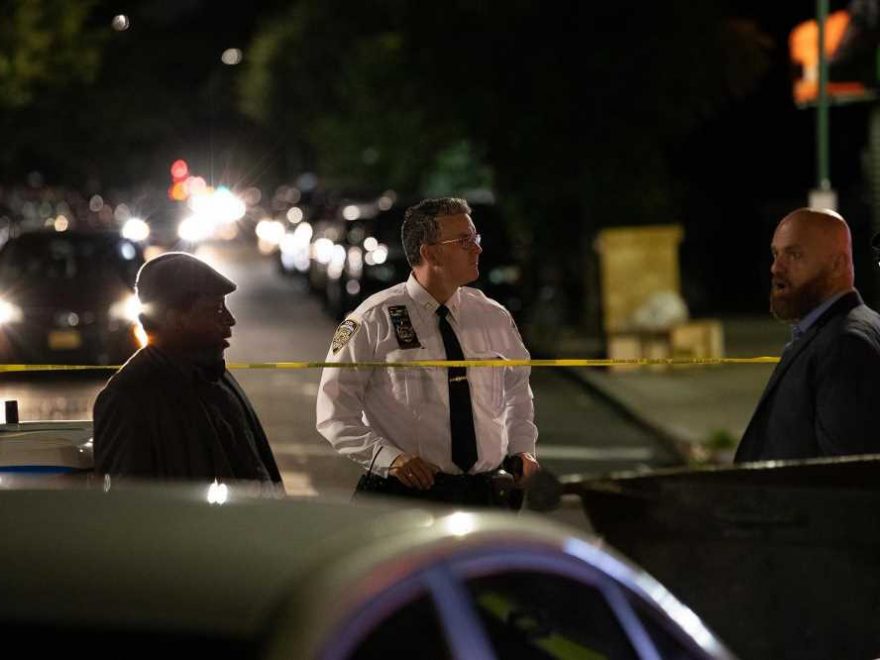 5 shot, one killed by crazed gunman near scene of fatal Arizona fire

Man accused of killing his pregnant girlfriend and her unborn child

One of the fatal victims was a 25-year-old man who was killed in a drive-by shooting on 137th Street near 32nd Avenue in Flushing around 7:20 p.m. Sunday, according to cops.

The victim was struck in the head and arm when an unknown suspect opened fire from a black sedan, police said.

It was unclear what sparked the violence.

The victim was taken to NewYork-Presbyterian Queens Hospital, where he was later pronounced dead, police said.

The second fatal shooting came around 11 p.m. in Clinton Hill, according to cops.

A 30-year-old man was shot in the back near the corner of Fulton Street and Irving Place, authorities said.

He was taken to the Brooklyn Hospital Center, where he was pronounced dead, cops said.

It was not immediately clear what led up to the deadly shooting.

About 50 minutes later, a 52-year-old woman was wounded by a bullet that flew into her home on Coombs Street near 141st Avenue in Jamaica, cops said.

Cops and police sources say a gray Toyota Camry pulled up — and three of the four people inside got out and fired into the home, grazing the woman in the arm.

She was taken to Queens Hospital Center in stable condition.

It was not immediately clear whether she was the intended target or whether that home was specifically targeted.

Back in Brooklyn, a 28-year-old man was shot in the right knee following a dispute inside a building on Hendrix Street near Dumont Avenue in New Lots, around 10:30 p.m., cops said.

The victim was taken to Brookdale University Hospital Medical Center with non-life-threatening injuries.

The suspect, who lives in the building, remains at large. It was unclear whether the victim lived there as well.

In Bushwick, two men, 21 and 25, appeared to have shot each other during a dispute on Irving Avenue near Stanhope Street in Bushwick around 9 p.m., cops said.

The younger man was shot in the left arm and the older man in the head, police said.

Both were hospitalized in stable condition and are in custody with charges pending, according to police.

Three more people were shot early Monday, according to cops.

A 23-year-old man was blasted in the thigh at Avenue D and Utica Avenue in East Flatbush — where he was hanging out with friends — around 1:20 a.m., cops said.

He claimed he heard gunshots, began running and realized he was struck, police sources said.

He was taken to the Kings County Hospital Center in stable condition.

In a Harlem shooting about 10 minutes later, a 22-year-old man was in the back seat of a Honda Accord when someone drove up in another vehicle and opened fire, cops said.

He was struck in the buttocks and taken to Harlem Hospital in stable condition.

The victim was hanging out with a friend in front of the deli when another man approached from the opposite direction and sparked an argument, police sources said. Then he pulled out a gun and started shooting at the pair, the sources said.

He was shot in his stomach and taken to the Kings County Hospital Center in stable condition.