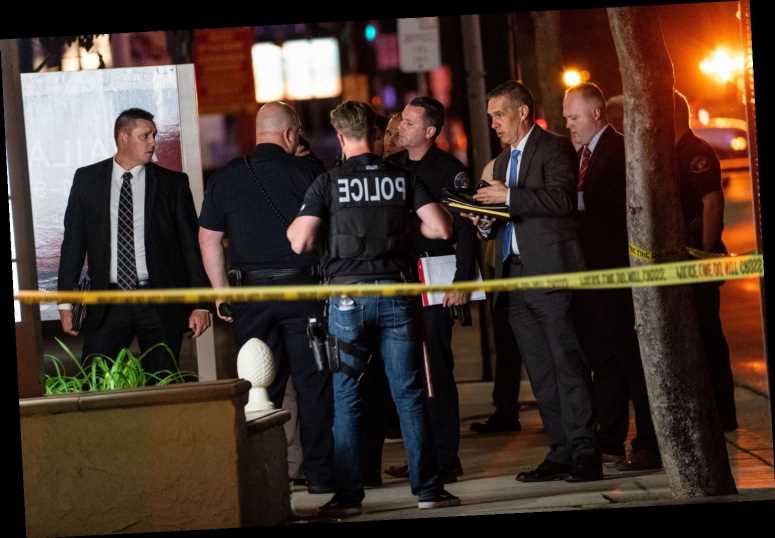 Four people are dead, including a child, and two injured after a shooter opened fire at an office building in Orange, California.

According to the Orange Police Department, authorities responded to a call at 5:30 p.m. local time on Wednesday and arrived on the scene "as shots were being fired."

They observed "multiple victims at the scene including fatalities," as well as experienced "an officer-involved shooting."

"The situation has been stabilized and there is no threat to the public," authorities added in their Facebook post on Wednesday night.

As of Thursday morning, no details had been released about a possible motive, nor the victims' or shooter's identities.

After a Year Without Mass Shootings in American Public Places, There Have Been 2 in 6 Days

In addition to the four deaths, Orange Police Department Lt. Jennifer Amat said in a press conference on Wednesday night that two people, including a female victim and the suspected shooter, were taken to the hospital with injuries, the Associated Press reports.

According to CNN, Amat said the suspect is in critical condition after being injured during a shootout with law enforcement, who recovered one firearm from the scene. Multiple outlets, including CNN, reported that authorities said that one of the four victims was a child.

"It just sounded like a popping sound," Emma Soto, who was doing laundry in her nearby apartment during the shooting, told The New York Times. "It didn't really sound like how you would imagine it, like in the movies."

"We're hearing of all these shootings going on, so I just thought, 'Another shooting.' But we never imagined it would be that close to us," she added. California Gov. Gavin Newsom tweeted of the news, "Horrifying and heartbreaking. Our hearts are with the families impacted by this terrible tragedy tonight."

Wednesday's incident marks the third mass shooting in the United States in just over two weeks. Prior to March 16, the country had gone a year without a public mass shooting, defined as involving four or more fatal victims, according to the Violence Project, a non-profit research organization dedicated to reducing gun violence.

There have now been three such tragedies in two weeks, following the Wednesday California shooting, the murders of 10 people on March 22 (including a police officer) at a Boulder, Colorado, grocery store, and the killings of eight people at spas in the Atlanta area the previous week.