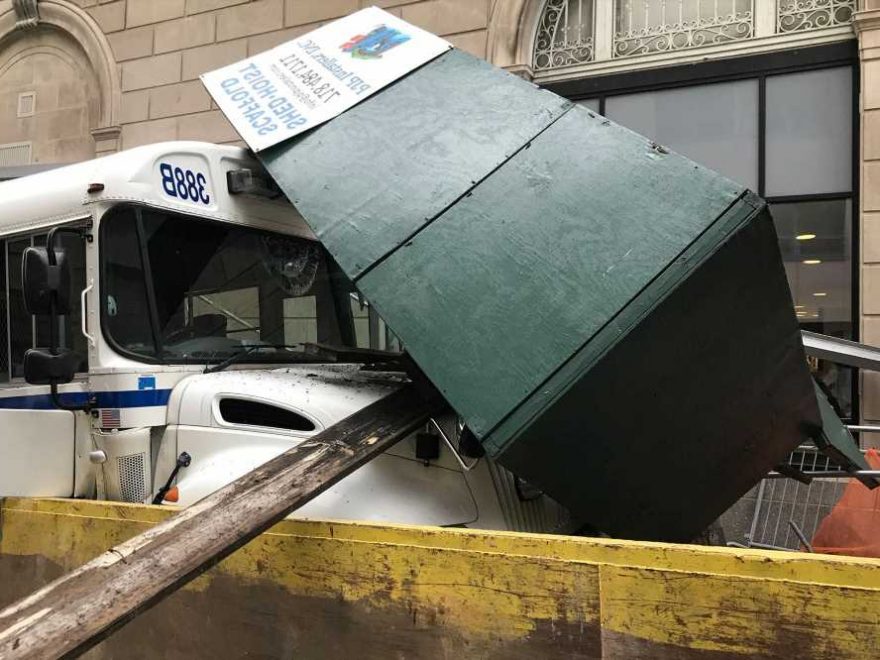 A city Department of Correction bus jumped a curb and smashed head on into scaffolding in Brooklyn on Thursday night, injuring the two correction officers and both prisoners on board, police said.

The driver of the bus, a female correction officer, lost control and crashed on Johnson Street near Jay Street at about 5:10 p.m., according to cops and witnesses.

The scaffolding landed on the hood of the bus, which suffered a cracked windshield from the impact.

A window of a New York City College of Technology building was also damaged in the crash.

The correction officers were taken away on stretchers and transported to NewYork-Presbyterian Brooklyn Methodist Hospital, police and witnesses said.

The driver was wheeled away with a neck brace on, according to witnesses.

The prisoners at first refused medical attention, but were later taken to Brooklyn Hospital, police said.