At least 27 people have been hospitalised with carbon monoxide poisoning after hundreds of people gathered at an illegal rave party in Oslo.

Up to 200 party-goers in their 20s and 30s crowded in the bunker in the Norwegian capital for the rave, where seven people were found unconscious.

Officers discovered the event early Sunday after a police patrol encountered a group of confused young people in the park where the bunker is located. 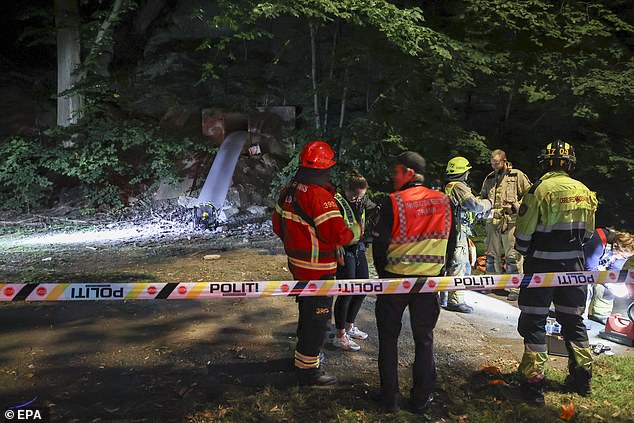 Five people were rushed to hospital in critical condition, including two police officers who were the first at the scene.

Local Norwegian news agency NTB said their lives are not in danger and two have since been released from intensive care.

Police said that two people face preliminary charges – one step short of formal charged – of trespassing and illegally being inside a bunker.

The party started late Saturday night and had been announced on closed social media pages. 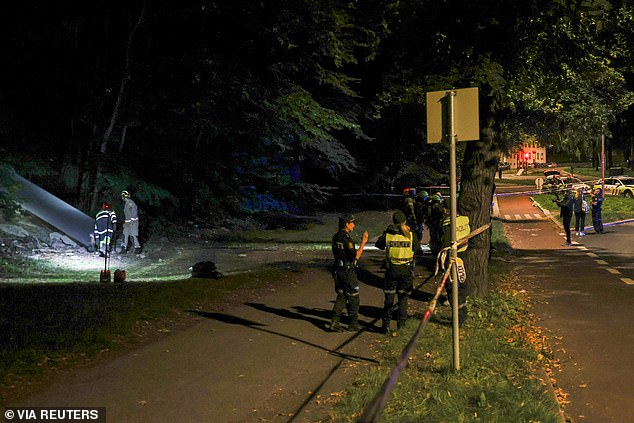 The company that owns the bunker described the illegal rave as a ‘serious break-in’ and insisted that it did not bear any responsibility, Norway’s VG newspaper reported.

The entrance to the bunker had been previously closed with double-reinforced concrete but the new owners only secured it with wooden boards.

The organizers later said the diesel generators were in a room with ventilation but neither police nor the fire department could confirm that.

Several who attended told Norwegian media that they had to go outside several times to breathe fresh air.

The gas is dangerous because it displaces oxygen from red blood cells, resulting in damage to major organs.

Exposure can cause headache, dizziness, nausea, coughing, breathing problems and irritation of the eyes, nose, and throat and can in some cases be fatal.