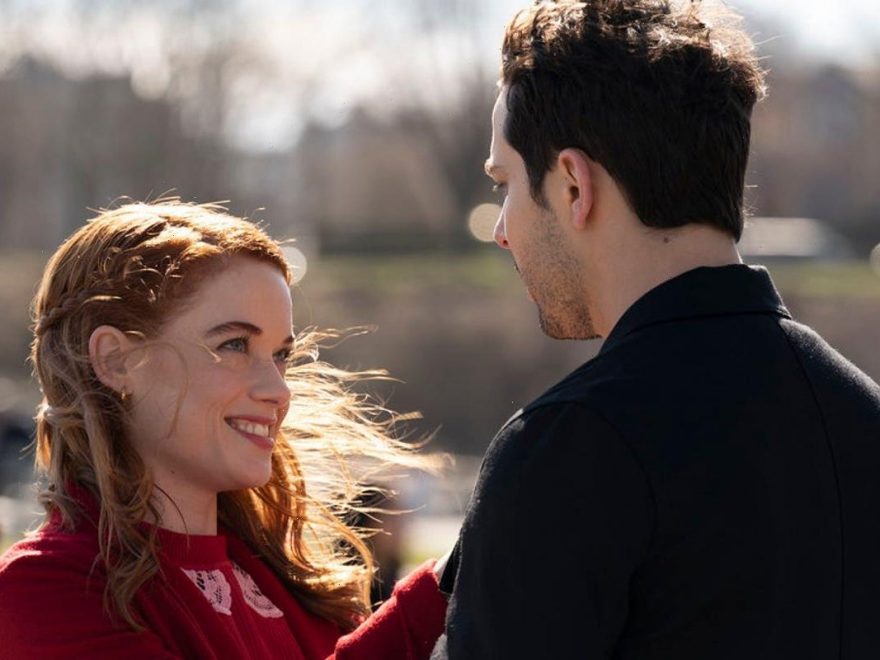 Season 2 of NBC’s “Zoey’s Extraordinary Playlist” went out with a bang: Not only did Sunday’s finale feature an eagerly-anticipated romantic reunion, it also ended on something fans haven’t seen yet: Someone other than Zoey (Jane Levy) hearing a heart song.

As Max (Skylar Astin) and Zoey divulge their feelings for each other, Max hears Zoey sing, finally leveling the playing field after their previous attempts at a relationship were squandered in part due to her advantage of being able to know his thoughts, which see sees in song.

“I am not going to be scared anymore. I’m not going to run away from you because I’m afraid of feeling too much. … I guess what I’m trying to say is –” she begins, before unknowingly launching into a rendition of Modern English’s “I Melt With You.”

Where do we go from here?

“We had been establishing for a very long time, probably from early on in Season 1, that there’s a real inequality in Zoey and Max’s relationship, because of the fact that she can hear what’s going on in his head and he can’t do the same with her,” he says. “So all of that was laying the groundwork for this moment.”

Plus, “I always liked the idea of two people trying to be in a relationship while they knew exactly what was going on with the other one.”

But there was a major question fans were left with at the end of the episode: Does Zoey still have her powers? “That’ll be part of this whole season 3 thing,” Winsberg says.

NBC has not yet renewed the show for a third season (for the second year in a row, “Zoey’s” won USA TODAY’s annual Save Our Shows poll), but Winsberg remains hopeful and full of ideas for the future of the show. (Rumors were floated that it could move to the Peacock streaming service if NBC cancels it.)

“My goal for this episode was to try to give some closure on some things we had built up and satisfy arcs we’ve created throughout the season, but also to pave the road and set the stage for things moving forward,” he says. “Nobody at NBC at the time when I wrote this episode said ‘Don’t do this,’ or ‘Don’t do that,’ so I just did it all with the expectation and the hope that we were going to continue.”

Previously: ‘Hello, Dolly!’: Zoey is back where she belongs in exclusive Season 2 clip from ‘Zoey’s Extraordinary Playlist’

Among the storylines the writers have worked to set up for next season: Simon (John Clarence Stewart) working on SPRQ Point’s new incubation program, meant to support diverse businesses and improve on the tech company’s inclusivity initiatives; Maggie (Mary Steenburgen), Zoey’s mom, continuing to learn how to “dip her toes back into the dating world, and the comedy and messiness that could go along with that,” and Zoey’s best pal Mo (Alex Newell), “this carefree, independent character” suddenly in a “domestic situation with a divorced man (Perry, played by David St. Louis) and his children and his ex,” Winsberg shares.

“And definitely all the Zoey/Max stuff and this romantic relationship, now that there’s been this power switch,” he adds. “We’ve tried to set the table as much as we could, at the end of the season, for a lot of potential for storylines going forward.”