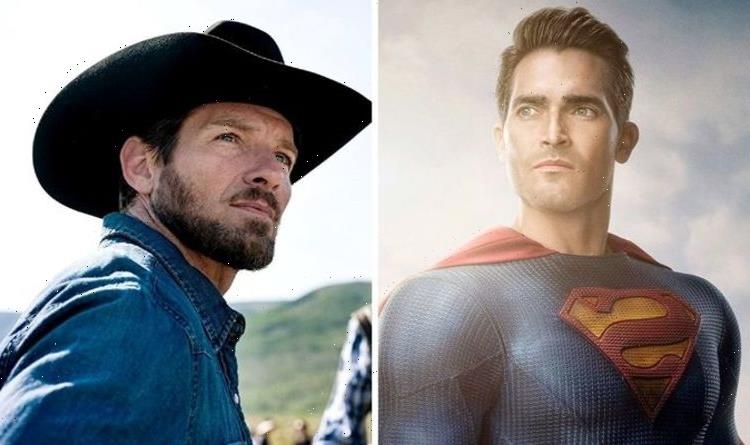 Ian Bohen will be back on screens next month for the long-awaited fourth season of Yellowstone on Paramount. After reprising his role as ranch hand Ryan, he’s headed to the CW next year to take on Tyler Hoechlin’s Clark Kent in the highly anticipated follow-up of Superman and Lois, produced by HBO.

Season two of Superman and Lois has added Yellowstone regular Ian Bohen to the star-studded cast.

He’ll be joining Tyler Hoechlin as the titular Man of Steel in a multiple-episode arc as ‘new sheriff in town’ Lt. Mitch Anderson.

An official description via Deadline confirms Anderson will be facing off against the Kryptonian hero with the Department of Defence.

Their on-screen battle will also serve as a reunion for Bohen as Hoechlin, as they both featured in MTV’s supernatural drama, Teen Wolf.

Deadline said: “[Anderson] categorizes the world’s inhabitants in just two groups: those you serve and those who serve you.

“Anderson resents the fact that Superman exists outside of his philosophy, and will attempt to bring the Man of Steel under the DOD’s authority.”

Superman’s otherworldly abilities will be put to task once again as the DOD are set to play a major antagonistic role in the comic book drama’s second season.

The action-packed series debuted earlier this year to rave reviews from superhero fans.

Tyler Hoechlin established himself as an admirable Kal-El, supported by co-stars Elizabeth Tulloch as Lois Lane.

The highly anticipated second season will also pick up from the first season finale’s shocking twist, which re-introduced Tayler Buck as Natalie, the daughter of John Henry Irons (played by Wolé Parks).

As the news dropped, Tyler Hoechlin shared a behind-the-scenes video on Instagram of his reunion with Bohen on the set of season two in Vancouver.

“We’ve got a lot of fun stuff planned for this season,” he said as he walked around the secretive shoot location.

The Superman star swivelled his camera to reveal Bohen walking across the set.

His co-star promptly stared straight at the camera as Hoechlin asked ‘Bohen, what are you doing here?’

The two co-stars may have a chance to reunite yet again as Paramount+ have ordered a Teen Wolf movie revival.

Paramount’s upcoming revamp is reportedly bringing back the original cast, which would also include Tyler Posey and Dylan O’Brien, for one final appearance.

Meanwhile, Ian Bohen will be back on Yellowstone for the fourth season, premiering on Paramount on Sunday, November 7.

He will reprise his role as the cowboy Ryan in the slightly delayed season, picking up after a devastating attack on the Duttons in last year’s crushing finale.

Yellowstone season 4 premieres on Sunday, November 7 on Paramount. Superman and Lois will return in early 2022 on The CW.