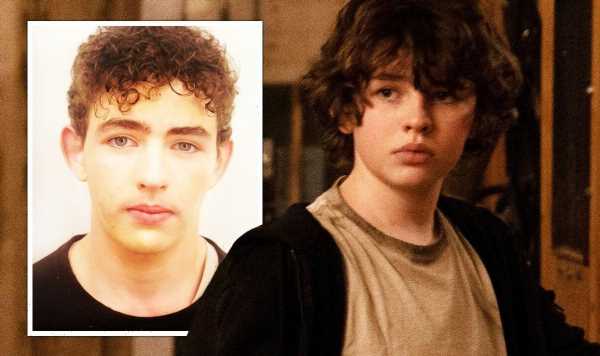 The Dutton Ranch is officially back up and running as preparations begin for another epic instalment of Yellowstone. As fans wait for the Paramount Network smash hit to return from its summer hiatus in November, newcomer to the cast Finn Little had jaws on the floor with his latest update on social media.

In his latest Instagram post, the 15-year-old actor revealed some of the crew didn’t recognise him after growing substantially between seasons.

He wrote in the caption: “When you say, ‘hi, nice to see you!’ to the film crew and they don’t know who you are!”

And, in the comments, he added: “That’s what cake and steak does to a kid.”

The young TV star debuted in the last season as Carter, the young son of an abusive addict who is taken under the reluctant wings of Beth Dutton (played by Kelly Reilly) and Rip Wheeler (Cole Hauser).

Carter has since become a popular fixture in the Western drama and will be back for more horse-rearing in season five.

However, his grown-up features and sharp new haircut may mean some viewers might not recognise him when Finn makes his first appearance in the next outing.

Several fans took to the comments to remark on his mature appearance when they saw his latest post.

IG user @marcieernano replied: “As #breckenmerrill before #Finn has grown up before us in a flash how quickly six months changes appearances handsomely.”

13-year-old star Brecken Merrill, who portrays Tate Dutton in the series, also appears to have grown up substantially in his latest post with co-star Mo Brings Plenty.

To which Finn replied: “Do I make you feel old?!”

@aimadams exclaimed: “Holy heck! You left season four a boy and [came] back as a man! Handsome fella.”

While @tannisr07 replied: “Wow! So grown up! I am looking forward to seeing what they have in store for you in season five!” (sic)

The comments were echoed when Finn’s update was posted alongside a number of new snaps from the Yellowstone cast on Reddit.

“Finn looks like he’s aged ten years,” user Trayew said. “It took a second for me to even grasp who he was.”

After slowly acclimatising to life on the ranch, will Carter become a valuable asset for the bunkhouse crew, or will his family drama with Beth and Rip cause more trouble for owner John Dutton (Kevin Coster)?

Yellowstone season 5 will premiere November 13 on The Paramount Network. Seasons 1-3 will be available to stream on Paramount Plus when it arrives in the UK later this year.