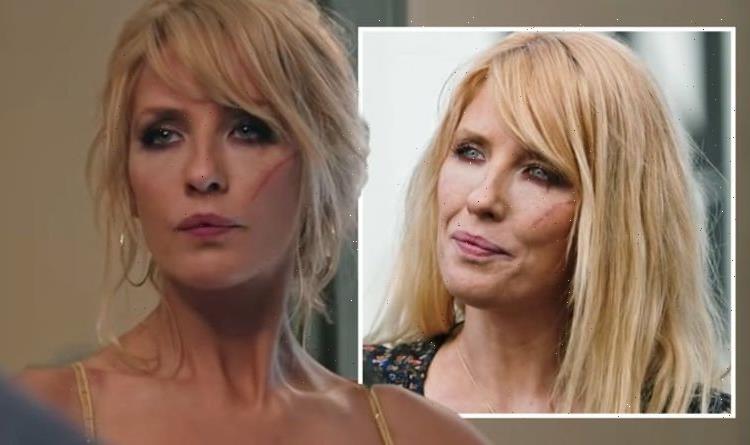 The fourth season finale of Yellowstone had drama aplenty, with Beth Dutton (played by Kelly Reilly) well and truly at the thick of all of it. From tying the knot with Rip (Cole Hauser) and reconciling with dad John (Kevin Costner) to burning bridges with Market Equities and Caroline Warner (Jacki Weaver), Paramount viewers saw Beth do her best to get her own way throughout the finale – none more so than when it came to manipulating adoptive brother Jamie (Wes Bentley).

Yellowstone season four ended with Jamie being blackmailed by his adoptive sibling heading into future seasons.

Beth convinced him the only way to save himself from the wrath of the Duttons and Rip was to kill his biological father Garrett Randall (Will Patton) – the man who was behind the murder attempts on the Duttons in season three.

Jamie killed his father but Beth was on hand to photograph the entire thing, adding yet another tense element to their already hate-filled and fraught relationship.

While the twist delivered shockwaves through the fandom, the season four finale hasn’t exactly sat well with a majority of viewers who’ve since vented their frustrations with not just the finale – but with season four as a whole.

On the likes of Reddit and Twitter, fans have been making their disdain clear, with @HamptonReynolds stating: “This season of Yellowstone was incredibly disappointing.”

“The finale was just as disappointing as the entire season. That should have been E3 at best,” @RossShaw83 weighed in. “Hopefully Sheridan can focus on @Yellowstone now and get back to the plot lines.”

Twitter user @Kissacazador argued: “The writing of this season has been awful!! Too much nonsense with Jimmy and Beth, definitely not enough Jamie and Kaycee!! #YellowstoneTV.”

And @Slimk9er added: “S4 of Yellowstone was so bad. Awful. 100x worse than anything bad any of my other favorite shows put out. I trusted you. Booo!” (Sic)

Of course, there has still been plenty of support for Paramount’s most successful ever drama but it’s safe to say season four has proved the most divisive.

But this hasn’t stopped the Yellowstone universe from expanding, with prequel series 1883 already underway and another spin-off titled 6666 in the pipeline.

However, there is still no word on whether Yellowstone season five has been confirmed from either showrunner Taylor Sheridan or Paramount.

In an all-new interview, however, Beth star Reilly has shared her hopes for the future of the show – and it sounds like fans are in it for the long haul.

“I hope Yellowstone goes on for a long time,” she told Entertainment Tonight on January 1. “And we get to see the characters develop every season for as long as the audience still wants it.

“As long as our fans want it and people are still enjoying it and we can still make a good show, then I’d like to keep doing it.

“I think it might be fun to see Beth and Rip when they’re like in their 60s,” Reilly quipped.

The majority of fans will be hoping season five can return Yellowstone to its former glory given the mixed reception the latest run has received.

And with so many loose ends to tie up, from the race for governor to Summer’s (Piper Perabo) time behind bars, season five seems almost inevitable.

As Beth finds herself meddling amidst some of the show’s biggest plotlines too, Reilly may well get her wish to see the Dutton continue to wreak havoc for years to come.

Yellowstone seasons 1-4 are available to stream on the Paramount Network now. A UK release date is yet to be announced.