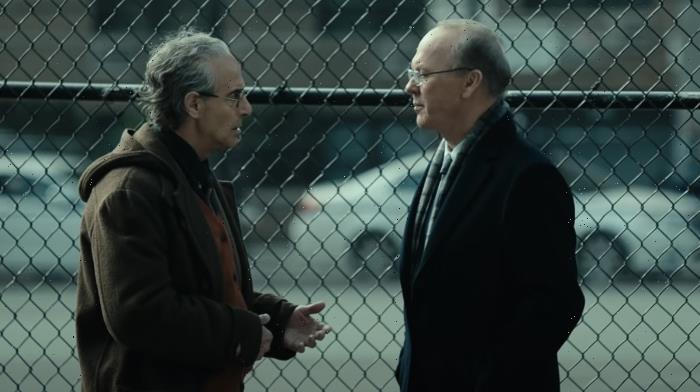 How much is a human life worth? That’s the impossible question Michael Keaton‘s character has to grapple with in Worth, a new drama coming to Netflix next month which tells the true story of the lawyer who had to calculate a dollar amount for every victim who died in the terrorist attacks of September 11, 2001. Check out the trailer below, which also features Stanley Tucci and Amy Ryan in supporting roles.

I had a chance to see this movie at the Sundance Film Festival in 2020, just a few short months before the world shut down. I wrote the following in my review:

Make no mistake: this movie is not an easy watch. There’s real footage from 9/11 and testimonies from both real survivors and actors playing family members of victims that will rip your heart out all over again. But though it grapples with tough subject matter, this boots-on-the-ground, process-driven film is ultimately a rewarding experience thanks to its smart script and great performances from its leads.

As you can see from the trailer, if Keaton and his team don’t achieve an 80% opt-in rate for the victim’s compensation fund, the resulting lawsuits could end up being so expensive that they have the potential to bring down the entire U.S. economy. That’s the ticking clock that drives this story’s engine, and director Sara Colangelo (The Kindergarten Teacher) does a great job of keeping the stakes clear with a constantly-updated whiteboard while keeping the film’s larger focus where it really matters: restoring actual humanity to people who have been minimized into simple statistics. Amy Ryan (The Office), who plays Keaton’s character’s right-hand woman, is the one tasked with meeting with the victims’ families, and she practically radiates empathy in scene after scene as family members and loved ones share stories about the people they lost.

Tucci, who is especially great in this movie, plays a widower who frequently clashes with Keaton’s character over the analytical nature of solving this gargantuan problem, and the scenes where the two veteran actors go back and forth pitting ideology against pragmatism are the film’s best. Max Borenstein, who has worked on the script for every entry in Legendary’s MonsterVerse so far, wrote the screenplay here, and the film handles a tough topic with a sensitivity and grace that surprised me.

Worth will be available on Netflix on September 3, 2021, which is eight days before the 20th anniversary of the 9/11 attacks.