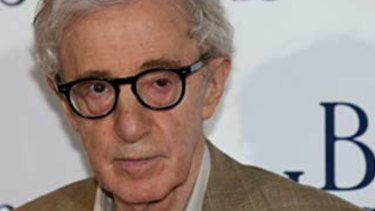 Woody Allen is out of favour in Hollywood.Credit:THOMAS SAMSON

Woody Allen has been largely shunned by Hollywood. Celebrities who once vied for roles in his films now say they regret working with him. Amazon has backed out of a multi-movie distribution deal with him.

Now, Allen appears to be losing stature in another quarter of the entertainment industry: publishing.

In the last year, Allen quietly tried to sell a memoir, according to executives at four major publishing houses, only to be met with indifference or hard passes.

Executives at multiple publishing houses said that an agent representing Allen approached their companies about the memoir late last year, but that they made no offers, largely because of the negative publicity that working with Allen may have generated.

Some publishers declined to even read the reportedly complete manuscript. The executives said they knew of no other publishers who offered Allen a book deal; if one has, it has been kept tightly under wraps, and the book does not seem to have been widely pitched.

Some publishing executives used the word "toxic" when describing the challenges of working with Allen in the current environment, noting that while he remains a significant cultural figure, the commercial risks of releasing a memoir by him were too daunting.

Each of them declined to speak on the record, citing an understanding of confidentiality between agents and publishers regarding nascent or unsigned projects.

The writer Daphne Merkin, who has known Allen for a long time, said he had been working on the memoir for a while.

"He's not one to set the record straight but presumably the memoir is his side of things," she said.

"He's the kind of person who soldiers on and someone whose work is his nutrient."

Queries to Allen's production company and publicist went unanswered; his producer and sister, Letty Aronson, and filmmaker Robert Weide, who has defended Allen, said they were unaware of the memoir.

Allen's longtime agent, John Burnham of ICM Partners, declined to comment beyond saying, "For the 30 years that I've worked with Woody, the standard mantra on anything is, 'I can't discuss his business'."

The tepid response marks another blow to Allen's career and legacy. He is locked in a court battle with Amazon after the streaming giant scotched their four-movie deal, which included the now-shelved film A Rainy Day in New York. Allen is suing the company for at least $US68 million. ($A97.5m)

In a court filing, Amazon cited tone-deaf remarks Allen made about the #MeToo movement, along with public statements from several actors who said they regretted working with him as evidence that it would be impossible to profit from Allen's work.

In 2003, Allen was close to a deal to sell a memoir to Penguin for about $3 million, but held out for more money. "For this I want a lot of money. The ball is in your court," he wrote in a letter to his agent.