The novel is about a girl who unexpectedly learns the true meaning of family in the least likely of places, with the help of a friend, her loving aunt and uncle, and the dog of her dreams. 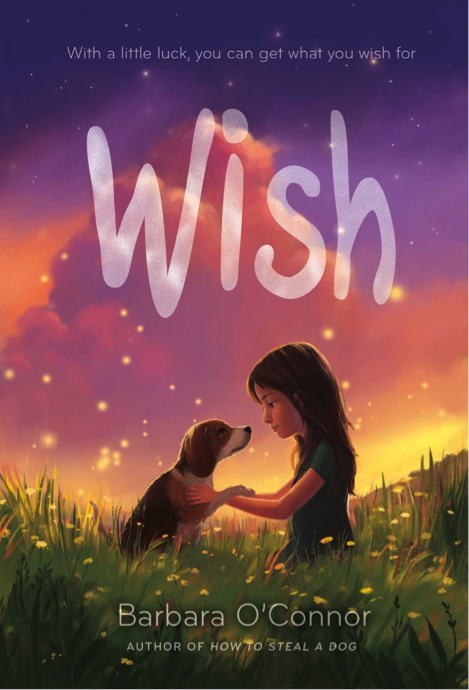 Its protagonist is 11-year-old Charlie Reese, who has been making the same secret wish every day since fourth grade. When she is sent to the Blue Ridge Mountains of North Carolina to live with family she barely knows, it seems unlikely that her wish will ever come true. That is, until she meets Wishbone, a skinny stray dog who captures her heart, and Howard, a neighbor boy who proves surprising in lots of ways. Suddenly, Charlie is in serious danger of discovering that what she thought she wanted may not be what she needs at all.

Since MacMillan published Wish in 2016, the novel has remained among the Top 10 New York Times Bestselling Middle Grade Paperbacks.

“Our team fell in love with this story immediately. Barbara O’Connor is a truly talented storyteller who, in Wish, has created a cast of highly relatable characters against a deceptively simple backdrop,” said Newbauer. “The book explores tough situations with grace, charm, and humor, and it’s easy to see why this has been on a New York Times Top 10 list for quite some time now. We are thrilled with the opportunity to bring this high-spirited, emotionally potent tale to screen in what we feel can be a family classic for years to come.”

“Wish is a story that both children and adults are drawn to and love. It’s been such an honor that the book has won eight state children’s choice awards, which are nominated by adults and voted on by children,” added O’Connor. “It’s an honor to be a part of this great team.”