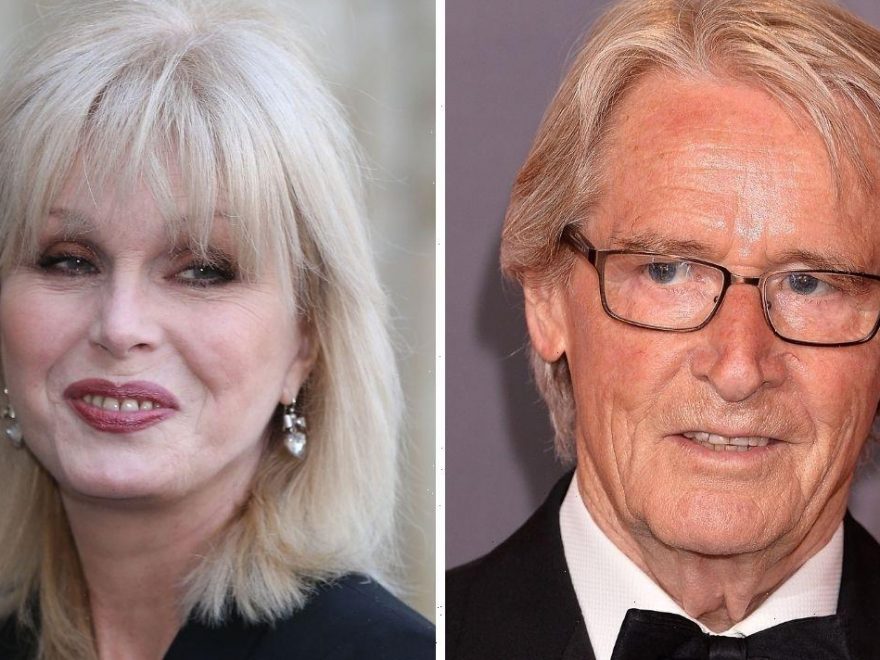 Tonight, ITV airs Happy Birthday Bill, to mark Roache’s 90th birthday and his record-breaking stint on the much loved soap opera. Perhaps the most salient moment that captured the hearts of fans was when Roache, also affectionately known as Bill, reunites with his former screen wife Anne Reid. Roache and Reid were together on the show a staggering five decades ago before her character Valerie died at the hands of a faulty hairdryer.

Roache’s iconic time on the Manchester-based soap as Ken Barlow saw him win a host of awards such as the British Soap Awards Lifetime Achievement Award in 1999, as well as an OBE in the New Years Honours list in 2022.

And, for a character who has spent so long treading the much loved pavements of Coronation Street, Roache’s character also had his fair share of love interests.

Among these was a character played by Dame Joanna Lumley, who appeared as Ken’s girlfriend Elaine Perkins between July and August 1973.

Lumley, who secured her legacy among Britons for her role in Absolutely Fabulous alongside Jennifer Saunders, had previously appeared as a James Bond girl in the 1969 film On Her Majesty’s Secret Service.

Claims of a relationship between Roache and Lumley emerged in the years after her short stint on the soap, though the Corrie legend wouldn’t be drawn on revelations’ accuracy.

When asked about it, he joked that Lumley had ended up with a different Mr Barlow, Stephen, who she married in 1986.

In 2012, he told the Daily Mail: “She was beautiful, sensitive, humorous, clever.

“She had everything. I found her very attractive. She elevated things.

JUST IN: Bill Roache is still working at 90 because he refuses to ‘deteriorate’

“I’m not saying whether I did or didn’t have anything with Joanna, but interestingly she has since become Mrs Barlow [she is married to musician Stephen Barlow].”

On Coronation Street, Ken and Elaine’s whirlwind romance saw him grow jealous over Elaine’s past relationships with men, before he confessed his love for her.

Elaine attempted to gently reject Ken, before lashing out at him for not getting the message.

In 2011, Lumley wrote about her desire to have had a longer stint on the show.

She said: “Maybe I would be so compelling that they would write me a permanent part and I could pop into the Rover’s Return and get Ken his tea.

“But they had other plans for the hero of The Street and I was just a distraction for a mad month of his life.”

Joking about her exit, she said her character was “deemed too snooty to go in The Rovers”.

Reflecting on her storyline, the 75-year-old said: “He asked me, Elaine Perkins, to marry him but being an idiot I turned him down (I had to; it was in the script).

“And a month later I was back in London with a clutch of letters I had written to every repertory company in the land asking for a job as an assistant or tea-maker or understudy.”

While Roache and Lumley enjoyed their time together on set, in the new ITV show, the Corrie legend spoke fondly of Reid.

Speaking about the documentary, he called seeing Reid again “without doubt” the biggest highlight of the programme.

He said: “She played my wife in Coronation Street for eight years and I was very sad when she chose to leave.

“When Valerie died she was due to meet Ken at the Rovers so when she walked through the doors finally 52 years later it was a lovely moment, we both just started laughing.

“It was beautiful to see her again, to me she looks no different.”

Ever the playful actor, Roache also revealed how Reid admitted to fancying the star while they were working together.

“She had also given me a silver cup when she left that she had engraved with “We must do it again some time” so it was nice that we finally got that chance.”