Veronica Falcon has had quite the 2021 — and we’re only halfway through it. This year alone the actress has created eye-catching characters in the Paramount+ series “Why Women Kill” and HBO’s “Perry Mason,” as well as made a very brief appearance in Disney’s “The Falcon and the Winter Soldier.” But while Falcon is getting audiences’ attention now, fans of hers have already been supportive, whether that’s for her numerous respected performances in her native Mexico or as the villainous mother/drug queenpin Camila Vargas on “Queen of the South.”

Falcon is a unique presence in this industry, and her journey is reflective of that. Falcon and her family were drawn to classic film stars like Fred Astaire, Cyd Charisse, and Liza Minnelli. It was Minnelli who Falcon was especially struck by, but because the actress didn’t see herself as a strong dancer or singer, Falcon initially turned to choreographing. “I wasn’t talented enough as a dancer [but] at the same time I was a huge fan of films,” Falcon told IndieWire.

As the child of a middle-class family, when Falcon broached the subject of entering entertainment it wasn’t that her family was discouraging, but instead pragmatic. “They always loved the arts,” she said. “We were always listening to music, and going to concerts, and going to the theater but they never thought I could make a living on that.”

They encouraged her to be creative, but in a way that she’d be able to make money. “They were resistant but it’s not like they were disowning me because I wanted to be an actress,” she said. Falcon jokes that her 90-year-old grandmother was probably the most resistant to her career choice, ascribing to the belief that actors were not decent. “After I took her last name and used it as my stage name she was onboard,” Falcon said.

“Mexico is producing a lot of great things but it’s difficult,” Falcon said when discussing her decision to cross over into acting in the States. “Even when you are well-known and working constantly it’s a different kind of financial situation than the one you can have here.” Falcon said she is like most immigrants, moving to the country to provide a better life for her and her family, as well as looking for deeper challenges and ways of expanding herself as a performer.

To be a foreign actress is tough, but to be a woman over 40 and transition into acting stateside is an even bigger hurdle. “I knew that 5 percent of all the work that’s in the United States, in terms of acting, goes to Hispanic actors,” she said. “And that the percentage could be lower for a 50-year-old actress, because I was 49 at the time.” It was a lottery but Falcon felt that the worst that could happen was she wouldn’t get cast. 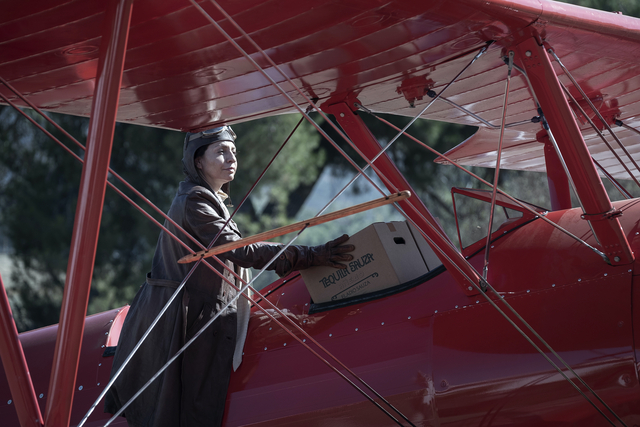 Her role as Camila Vargas in “Queen of the South” broke her out, while also reevaluating how women can play villains, especially in the narco landscape. Falcon said there was a large responsibility in taking on the role, especially considering how few Latinas have lead roles on television. She can’t deny the character was a drug dealer, and the series’ showrunners have discussed the double-edged sword of telling narco and border tales with Latino leads. But Falcon said she found Camila to be an intelligent and empowered woman who wasn’t seen regularly onscreen.

“The other day a little girl, from India of all places… she had seen Camila and she likes her!” Falcon said. It’s funny to Falcon that a small child would be watching something like “Queen of the South,” but it reminded her of the significance of seeing different types of people onscreen. “[The girl] was looking at a color actress being the lead and [the show] being about us, making decisions and being unapologetic,” Falcon said.

Falcon said she understands the responsibility to her heritage and loves her background, but desperately wants to set herself up as a performer first, free of labels. “Maybe because we use our physical appearance so much for our roles [but] there’s always a color that determines,” she said. “It’s important that people perceive us as actors and that they know where we come from and how proud we are of our heritage but not to put one thing on top of the other.”

Falcon got an opportunity to lend her talent to the Marvel universe as Mama Donya in the Disney+ series, “The Falcon and the Winter Soldier” earlier this year… kinda. “If you eat some popcorn, you miss it,” joked Falcon. The actress filmed four episodes in the series’ initial 10-episode first season only to have her role reduced to two scenes, one of which she’s a corpse. “I shot them in Prague and they finished the last episode and that’s when COVID started and they closed everything,” she said.

Falcon had to leave Europe and while her four episodes were completed the show still had a long way to go, eventually reducing its 10 episodes to six. Falcon didn’t wish to give plot details with regards to the original story arc for her character, but said she was grateful for the opportunity to work with Disney regardless. “They did a wonderful show with what they had,” she said. “Sometimes it happens and you end up on the cutting room floor.” Thankfully, we can still watch Falcon on several other shows to make up for it.