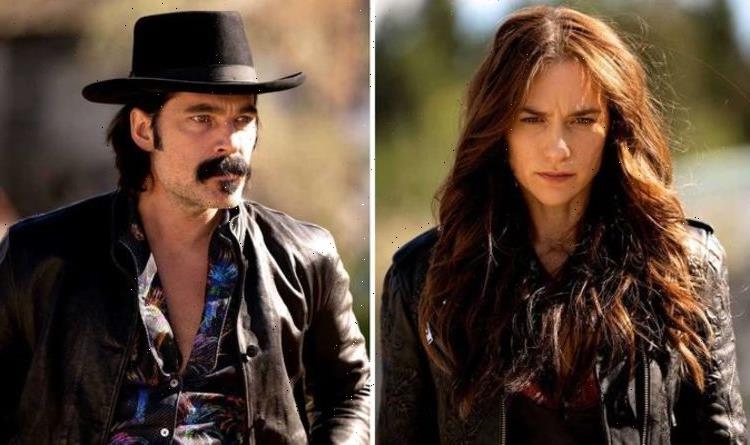 Wynonna Earp has been on SyFy for the past five years, with its loyal comic book following loving watching the heroine brought to life by actress Melanie Scrofano. Fans were very much looking forward to the show’s return after a three-year wait. Sadly, the news of its comeback was tainted as it was also announced this would be its final season.

Why is Wynonna Erp ending after season 4?

In February 2021, the show’s creators revealed that series four would be starting in April.

However, this wasn’t the only thing revealed as the show’s ending was announced as well.

Sadly, Wynonna Earp will not be returning after the fourth season ended earlier this year.

While not clearly stated, it seems the reason behind there being no more new episodes is down to finances.

According to The Hollywood Reporter, there was “a lack of funding from producers IDW Entertainment”.

The publication explained: “As part of the July 2019 deal that got Wynonna Earp back on track, IDW Entertainment — an offshoot of the comic book company IDW Publishing — teamed with Cineflix Studios as a co-producer on the series.

“The lack of international sales was a key roadblock to additional funding as IDW had sold SVOD rights to the first two seasons of Wynonna Earp to Netflix.”

There were talks of a season five of Wynonna Earp being made prior to the announcement.

Unfortunately, IDW was no longer able to make further episodes and so led to a u-turn, therefore cancelling the drama.

Reportedly, the show’s producers are continuing to look for a new home for the show.

But for now at least, there are no plans to film another season any time soon.

Despite the show being over, Wynonna Earp did get a happy ending.

Following the wedding, ti was Wynonna and Doc’s (Tim Rozon) time to head off along with Peacemaker.

They drove down the highway on her motorbike looking for their next adventure.

Showrunner Emily Andras said: “I’d like to thank our wonderful cast and crew, all of whom were instrumental in bringing Wynonna Earp to our loyal and passionate audience.

“We couldn’t be prouder of these last six episodes on SyFy, and are thrilled to share them with our beloved fans, who have changed our lives forever.

“I have been honored to tell Wynonna and her family’s story, and along with Seven24, Cineflix and CTV Sci-Fi, are hopeful we can continue to share their inspiring tales in the future.”

Wynonna Earp is available to watch on SyFy.