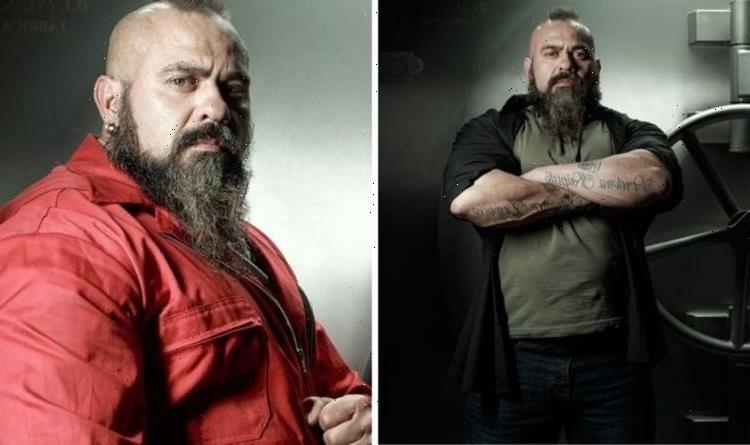 Money Heist, or La Casa de Papel, has always been known for its high-stakes and expendable characters. Way back in season one, Radko Dragic AKA Oslo (played by Roberto Garcia) was killed off from the Netflix series. But why did the star decide to leave the show?

Why did Roberto García leave as Oslo?

Radko Dragic, otherwise known as Oslo, was one of the main players in the group during the first season of the show.

He was both a thief and war veteran and participated in the Royal Mint of Spain job.

It was that very job that led to his death, being killed before completing the crime.

Oslo was hit over the head by a hostage, leaving him braindead but alive.

Helsinki (Darko Peric), his cousin, couldn’t leave him like that, so in an act of mercy, he decided to smother him.

Helsinki strangled him to death with a pillow, ensuring Oslo wouldn’t need to live out the rest of his days in an immobile state.

When star Garcia signed on for the role, it was accepted that his character would die during the season.

This was to establish to audiences that the show has high stakes, it also lets viewers know that any and every character is at risk throughout the series.

Garcia came into the role with a vast amount of military experience, having served in Spain’s military force Guardia Civil for 21 years.

17 of those years, Garcia spent in the elite UEI, a tactical operations unit that solely deals with high-risk situations.

In fact, Garcia is primarily not an actor, with Money Heist producer Alex Pina hiring him due to his physical appearance and intensity.

Speaking to The National, Garcia explained his differences compared to the other actors and why he decided to get involved in the project.

Garcia explained: “I am a different kind of actor than the Spanish are used to watching on television.

“All the male actors there are skinny and have beautiful hair, and I look very different.

“Even my voice, which is a bit strong, does not sound the same as the others which is more smooth.” (sic)

The star also expressed the differences between Money Heist and other Spanish shows, saying how it intrigued him about the project.

“People were not used to seeing this kind of show,” Garcia continued, “at the time, and still today in many cases, the shows you see at home is family drama or comedy.

“Money Heist was different because of the subject and the story was very sophisticated.”

Season five will be the final for the series, bringing the heist drama series to an end.

The details surrounding season five are still vague, but the trailer shows the team once again back in the thick of it, guns blazing.