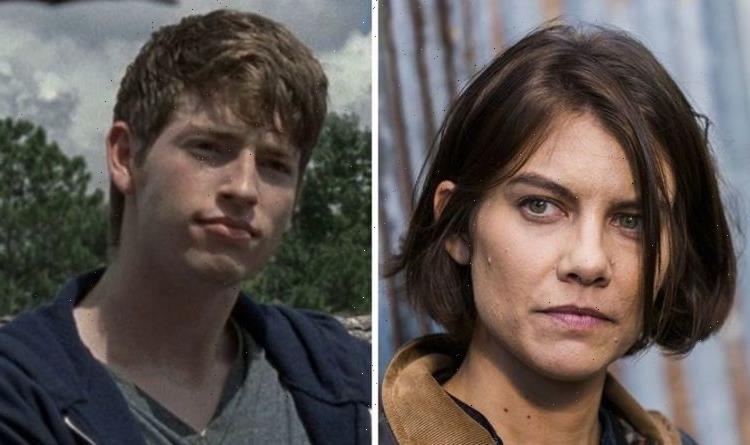 The Walking Dead’s 11th and final season was always guaranteed to leave a path of destruction in its wake. Since the show debuted in 2010, no character has been safe from the zombie hoards and human survivors. After the events of the second episode of the final season, some fans have been left wondering why Maggie (played by Lauren Cohan) made the decision to let Gage (Jackson Pace) die.

Why did Maggie let Gage die in The Walking Dead?

The survivors are already off to a difficult start for season 11, with the first two episodes proving to be catastrophic for the group.

Some characters are dealing with the situation better than others, but all are suffering in what is proving to be the most brutal season yet.

The latest victim of the series is Gage, the once antagonist made fellow survivor of the team.

He met his end in a disused train carriage, separated from the rest of the group.

He was being chased by an ever-growing group of walkers, but with just a simple locked door between him and the rest of the survivors, it initially looked as though he would make it out alive.

That was until the door wouldn’t budge, even when various members of the team tried to kick it down or pull it open.

“If we open that [door] they’ll all get in,” Maggie shouts to the group.

Alden (Callan McAuliffe) initially ignores Maggie and persists in trying to get the door open.

But he is pulled away, leaving Gage to beg the group for help, but his calls are futile as Maggie stands her ground.

Alden says: “Maggie, listen to me, we have time to get that door open.”

Maggie replies: “We don’t have the ammo to clear them.”

She finally apologies to Gage, explaining she can’t help him, with Gage’s last word calling her a “liar.”

Gage stabs himself before the walkers can eat him alive, leaving the rest to watch on in horror through the glass window of the door.

The moment has set the stage for Maggie’s development in season 11, with her cold decision-making dividing the others.

With Gage gone, anyone could be the next to go in the final season as no character is safe in the apocalypse.

There are 22 episodes to go before the finale hits and there is no telling who will make it to that point.

Fans have been sharing their thoughts on the shocking scene, with any of them debating what the moment means for the characters.

One fan wrote: “Glenn [Steven Yeun] would have done everything to save him.”

“Maggie is becoming what she swore to destroy which means she’s gonna lose more people close to her. I have no sympathy for her at this point,” another added.

A third commented: “Remember when Negan said she doesn’t give a sh*t about Gage? Well, she just proved his point.”

The Walking Dead season 11 is airing now on AMC in the USA and Star on Disney Plus in the UK.