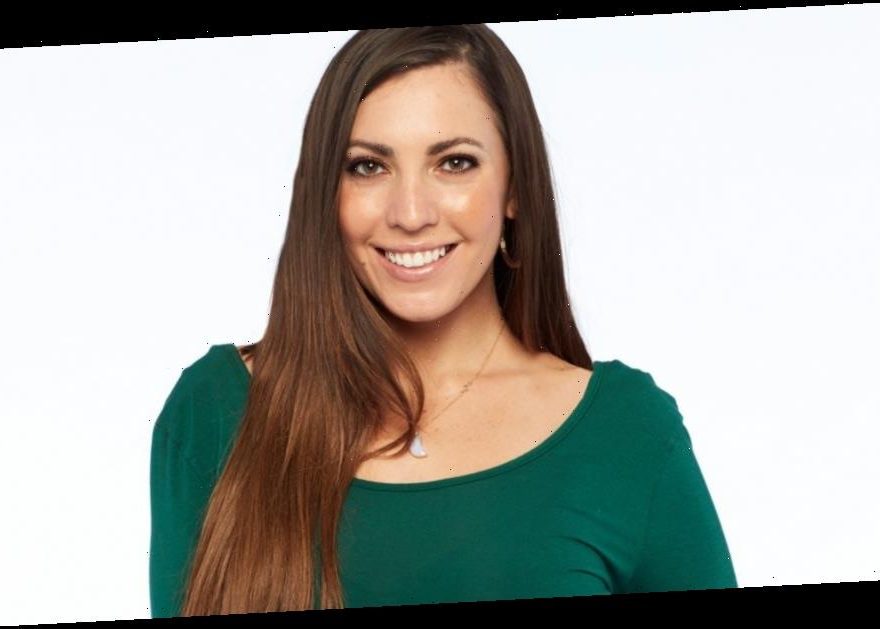 When host Chris Harrison introduced Matt James’ cast for The Bachelor Season 25, fans couldn’t help but notice “Queen” Victoria Larson. Given her chosen occupation, viewers pegged the contestant as the next villain. So who is Queen Victoria from The Bachelor 2021 and what is her real job? Here’s what we know about the 27-year-old, including what James has to say about her now.

What is ‘The Bachelor’ Season 25 star Victoria Larson’s real job?

According to Victoria’s Bachelor profile, James’ contestant likes to call herself Queen Victoria. She also works in the health and beauty space in LA, even launching a few businesses of her own.

Meanwhile, Victoria — who also goes by Vikki — revealed a few details about her job on her Instagram bio. Not only is the new reality star a health coach and actor, but she’s also the owner of Vikki Larson Beauty and Jet Set Glow, a “certified spray tanning, health coaching, pilates and all things beauty for mind body and soul.”

Now, Victoria is looking for her perfect match on The Bachelor Season 25. But will James be the one? Viewers will just have to wait and see. That said, it seems Victoria has a game plan.

“Victoria truly has no filter, which she loves about herself, and plans to be very forward in her pursuit of Matt,” the contestant’s Bachelor profile reads. “This girl knows what she wants, and good luck to anyone who tries to stop her!”

Chris Harrison hints at drama for Victoria Larson on ‘The Bachelor’

No matter what happens to Victoria on The Bachelor Season 25, it looks like she’ll make an impression on viewers at home. When Harrison introduced James’ cast on Dec. 11, the host didn’t exactly delve into Victoria’s backstory. But he hinted fans would “enjoy” her time on the show.

“Victoria, her job title is literally queen. The queen has arrived, ladies and gentlemen,” Harrison said at the time. “I’m not going to oversell this. I’m not going to go deep into this. I’m just gonna say you’re gonna enjoy Queen Victoria. That’s it. That’s as far as I’m gonna go.”

Then when speaking with Extra, Harrison confirmed Queen Victoria gets caught up in some drama.

“I think a lot of people were talking about the queen, Queen Victoria,” Harrison said. “Look, she’ll make her mark. Will people love her? We’ll see. And you know, she definitely gets embroiled in some royal controversy.”

Now, The Bachelor Season 25 will begin on Monday, Jan. 4. So viewers will be able to form their opinions on Victoria soon. But even so, James has already shared his thoughts about the contestant.

“She is hilarious,” James told Access of Victoria ahead of the premiere. “The thing I like about Victoria is she’s unapologetically herself, and that’s hard to come across. That’s so hard to come across nowadays because everyone’s so concerned about what people think about them. So I respected that.”

Meanwhile, James hinted at what Bachelor Nation fans can expect from Victoria, teasing that there are no rules when it comes to love.

“I don’t know what it feels like to be one of many,” James told Extra when asked about Victoria. “And whatever you choose to do to make yourself seen, I’m all for it. So whatever you gotta do to make sure I remember you and make sure we get time together, there are no rules in war and love.”